South Africa: No Evictions or Demolitions Without a Court Order, Judges Rule 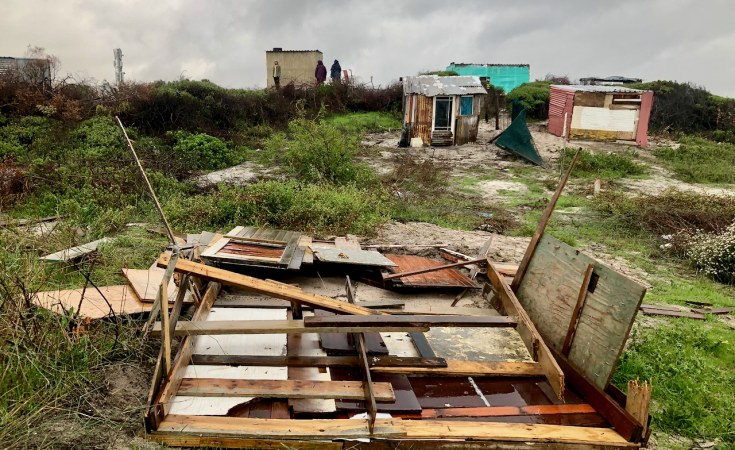 The City of Cape Town's Anti-Land Invasion Unit (ALIU) will not be allowed to evict people or demolish their structures, whether occupied or unoccupied, without a court order while the country remains in a state of national disaster.

Judges Shehnaz Meer and Rosheni Allie in the Western Cape High Court on Tuesday afternoon granted an interim relief stating that the City must have a court order to evict anyone or demolish a home.

The case was brought by the SA Human Rights Commission following a string of demolitions and evictions by the City of Cape Town in recently-occupied informal settlements. The removal of Bulelani Qolani from his shack by City officers while naked was widely covered in the media. Other respondents listed in the case included the Ministers of Human Settlements, Cooperative Governance and Traditional Affairs, and Police, and SAPS national commissioner.

Judges Meer and Allie also ordered that in cases where a court order is obtained for an eviction or demolition, the City must execute the order in a lawful and respectful manner that "upholds the dignity of the evicted persons". They said the City is "expressly prohibited from using excessive force" and may not destroy or confiscate material belonging to those evicted.

The court has given the City a week to return "all building material and personal possessions" taken by the ALIU since 1 May and ordered that it pay R2,000 to the parties cited by the Economic Freedom Fighters in its submissions to the court.

The City was further interdicted from "considering, adjudicating and awarding" bids and tenders related to demolition services for the ALIU.

The court also instructed SAPS members present at a court-sanctioned demolition or eviction to ensure that the actions are being lawfully executed and to "protect the dignity of the persons evicted".

Costs of the application will be shouldered by the City of Cape Town, except for the costs of the hearing of 25 July.

The City is yet to respond to our request for comment on the ruling today.

In October, hearings will be held to determine whether or not the municipality has the authority to execute demolitions or evictions without a court order after the end of the state of national disaster.

COVID-19 - Food Access, Evictions Prompt Anxiety in South Africa
Tagged:
Copyright © 2020 GroundUp. All rights reserved. Distributed by AllAfrica Global Media (allAfrica.com). To contact the copyright holder directly for corrections — or for permission to republish or make other authorized use of this material, click here.