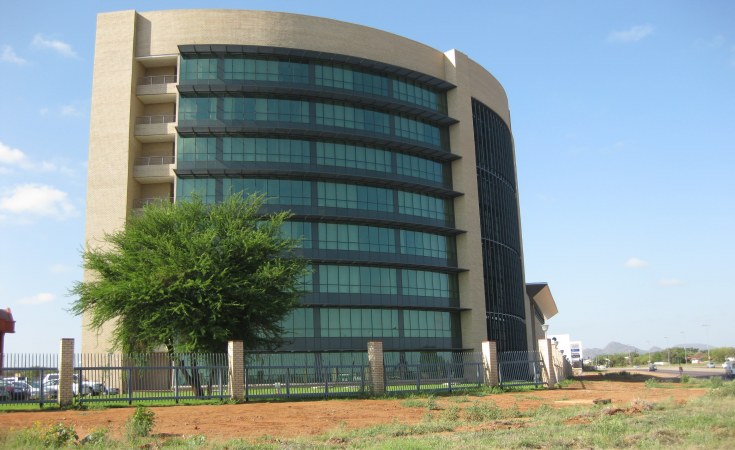 Reporters Without Borders (RSF) is appalled by shocking press freedom violations in the Democratic Republic of Congo, where a journalist and a radio technician were detained and tortured last week on the orders of a politically embattled provincial governor. The DRC's authorities must do everything possible to protect media personnel from harassment by regional officials, RSF said.

Journalist Hubert Djoko and radio technician Albert Lokongo were arrested by members of the armed forces (FARDC) and national police during a raid on the headquarters of privately-owned Radio Losanganya in Lodja, a city in the central province of Sankuru, on 20 August.

Djoko and Lokongo were initially taken to the stadium in Lodja where Sankuru governor Joseph Mukumadi, who was holding a meeting there, publicly threatened them and accused them of defending the political interests of their radio station's owner, Lambert Mende Omalanga, a former information minister and long-standing political rival of the governor.

They were then taken to police headquarters in Lodja, where they were detained and tortured for several hours. Although badly injured, as RSF has confirmed from photos, they were taken the next day to the governor's residence, where they were tied up and left in the sun all day while being ordered to admit they had been "manipulated" by their radio station's owner.

After they refused to admit to being manipulated, they were taken back to the police station for a second night of detention and were finally released on the evening of 22 August, when they were admitted to Lodja's hospital with serious injuries. Radio Losanganya manager and editor François Lendo, who was also arrested during the original raid on the radio station on 20 August, had meanwhile been released after several hours without any explanation being given.

On the same day as the original raid on Radio Losanganya, the soldiers and police also raided the local branch of the national state radio and TV broadcaster RTNC, which is located in the same building. The RTNC branch has been closed until further notice while Radio Losanganya has been ordered to broadcast nothing but music. Material and equipment were seized from both stations.

According to Journalist in Danger (JED), an NGO that defends press freedom in the DRC and is RSF's local partner, the governor accused both RTNC and Radio Losanganya of "broadcasting hate-filled programmes" and of "sabotaging" his actions "for political reasons."

Lendo, Radio Losanganya's manager, says neither radio station received any official communication about the reasons for the raids or for the "barbaric" way Radio Losanganya's two employees were treated while detained. RSF contacted the governor several times but he did not want to answer our questions.

"There can be no justification for the physical mistreatment inflicted on the two Radio Losanganya employees or for the local media closure orders," RSF deputy editor-in-chief Catherine Monnet said. "These unacceptable incidents must be the subject of a full and transparent investigation as soon as possible, and those responsible for these barbaric actions must be prosecuted and punished. At the same time, everything must be done to protect media workers from harassment by regional authorities."

The level of press freedom violations and abuses against media workers continues to be alarming in the DRC and is the highest in sub-Saharan Africa. In June, RSF voiced alarm about Governor Crispin Ngbundu's offensive against the media in the northwestern province of Mongala, where the provincial authorities fired or suspended journalists, suspended several political programmes until further notice, and closed privately-owned radio stations.

When RSF and JED met jointly with President Félix Tshisekedi on the sidelines of the Paris Peace Forum on 12 November 2019, he expressed support for the idea of a moratorium on arrests of journalists in connection with their work pending an overhaul of the 1996 press law. RSF and JED also urged him to quickly establish a mechanism to protect and secure journalists, in which the first step would be to appoint a network of focal points in government agencies and ministries concerned with press freedom. Neither of these measures has so far been adopted.

Previous Story
Tagged:
Copyright © 2020 Reporters sans Frontières. All rights reserved. Distributed by AllAfrica Global Media (allAfrica.com). To contact the copyright holder directly for corrections — or for permission to republish or make other authorized use of this material, click here.