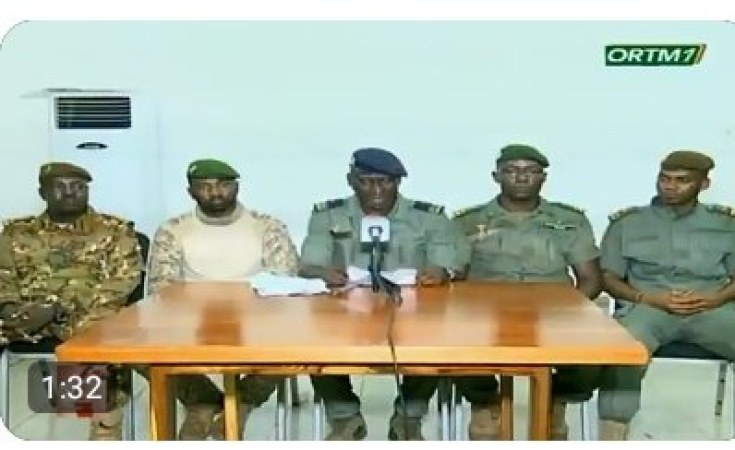 The International Francophone Organisation has suspended the membership of Mali in the wake of the army takeover on 18 August. The group of French-speaking nations has called for the liberation of overthrown President Ibrahim Boubacar Keita, and an early return to civilian rule.

In announcing the suspension of Mali, the permanent council of the Francophone group promised that current cooperation projects intended to benefit Mali's civilian population would not be affected.

The statement from the International Francophone Organisation (OIF) went on to stress the need for continuing dialogue with a view to the reestablishment of democratic rule.

The international organisation has called for the freeing of President Ibrahim Boubacar Keita, who has been in army custody since the takeover. The establishment of a transitional civilian government is a matter of urgency, according to the statement from the Francophone group. The OIF has promised to send a high-level delegation to Bamako to evaluate the situation "in the next few days".

Overthrown Malian leader Ibrahim Boubacar Keita had been at the helm since 2013. The country has since been the theatre of security, economic and political crises, and is considered a frontline state in the war to contain islamic terrorism in the sub-Saharan Sahel region.

The regional political and economic bloc, Ecowas, has already suspended Mali's participation in all decision-making bodies. An Ecowas team is already in Bamako, working to ensure the immediate reinstatement of the president.

Talks on Monday between that regional team and members of the military junta failed to resolve the question of a time-table or conditions for a return to civilian government.

An emergency summit of Ecowas heads of state is to be held on Friday.

Was Russia Behind the Coup in Mali?
Tagged:
Copyright © 2020 Radio France Internationale. All rights reserved. Distributed by AllAfrica Global Media (allAfrica.com). To contact the copyright holder directly for corrections — or for permission to republish or make other authorized use of this material, click here.

It's a Date! Kenya to Open Schools on October 19
Sport