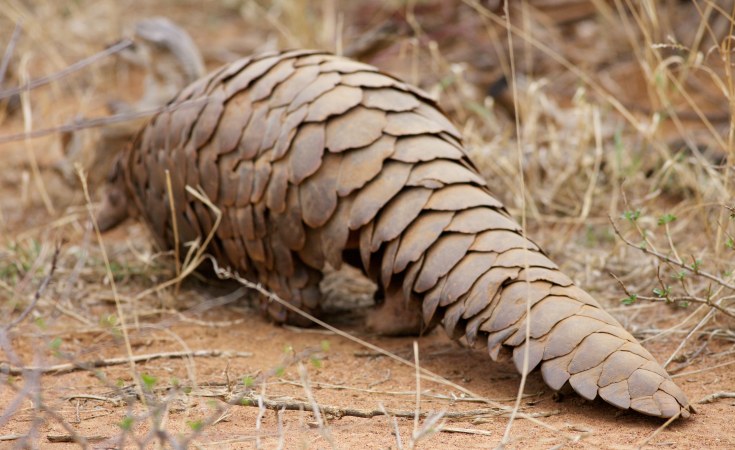 PREMIUM TIMES and 13 other newsrooms across the world were, on Wednesday, awarded in two categories for their joint reportage on the environmental degradation and species loss resulting from the illegal trafficking and poaching of pangolins.

The awards were presented to PREMIUM TIMES and its 13 partners at the Society of Publishers in Asia (SOPA) annual awards virtual ceremony held Wednesday in Hong Kong.

The collaborative report, which pooled journalists from Asia, Africa, and Europe to form the Global Environmental Reporting Collective, won all 14 partners the top prizes in the regional excellence in journalistic innovation and excellence in reporting on the environment categories.

The awards were among SOPA's 91 awards presented to newsrooms across the world at the Wednesday virtual ceremony.

Mid last year, this newspaper announced an alliance sealed with other international media on the reportage of pangolin trafficking.

In September 2019, the report, "Global Investigation: Pangolins: Trafficked to Extinction, was published.

The project - "The Pangolin Reports" - focused on the poaching, smuggling, and illicit trade of pangolins, an artichoke-like solitary long-tailed scaly anteater found in tropical Africa and Asia, which is the most trafficked mammal in the world, according to the International Union for Conservation of Nature (IUCN).

Prized for its scales, particularly for traditional medicine in China, this animal is at the centre of a sophisticated, multi-million-dollar supply chain across Africa and Asia, run by networks of criminal syndicates.

High demand for the byproducts of the shy mammal -- which has eight distinct species -- threatens its extinction, scientists say. And when pangolins disappear, so does the ecological balance in their natural habitats.

"In the 21st century, we really should not be eating species to extinction," Jonathan Baillie, a leading expert, said in 2014. "There is simply no excuse for allowing this illegal trade to continue."

In the preceding decade, more than a million pangolins are believed to have been hunted, the IUCN estimated.

Despite a global ban on pangolin trade in 2017, its smuggling continued with record numbers of the animal being intercepted and seized by Asian and African authorities last year, according to the Environmental Investigation Agency (EIA), an advocacy organisation.

Global seizures have surpassed the 2018 figures by a wide margin, according to the EIA. Its researchers estimate that an equivalent of 110,182 pangolins has been confiscated by law enforcement this year so far - a 54.5 per cent increase compared with last year.

"Roughly 50 tons of illegal African pangolin scales have been seized globally in the last four months," estimated Peter Knights, the CEO of WildAid, another advocacy group. "In shipments that contain both pangolins and ivory, pangolin scales have now surpassed the volume of ivory."

In 2016, Nigeria became the number-one country in the world in the illegal pangolin trade.

All African pangolins -- the ground, giant, white-bellied, and black-bellied -- are found in Nigeria, and they are being hunted by rural dwellers for food and other rich cuisines among upper and middle class.

Involved in the report are over 30 journalists from about 14 newsrooms who reported from Africa and Asia, conducting dozens of exclusive interviews and even going undercover.