President Muhammadu Buhari has recommended major reforms in the judiciary to conclude criminal cases within 12 months.

Speaking at the opening ceremony of the 60th Annual General Conference of the Nigerian Bar Association (NBA), on Wednesday, President Buhari explained that the situation became necessary given the current and pre-existing challenges confronting the system.

"Why can't we have time limits for all cases? Why can't we put in place the rules that will say that a criminal trial all the way up to the Supreme Court must end in 12 months, and that a civil trial must not exceed 12-15 months? I think that, for me, will be stepping forward," the president said.

"Step forward means taking responsibility. It may also mean making progress, boldly taking on the challenges of the future."

The president, who was represented by Vice President Yemi Osinbajo, listed a few areas where "I believe we need to step forward and resolve some of the nagging problems of our systems of administration of justice."

The president recalled his experience at the Presidential Election Petitions Tribunals in 2003, 2007, 2011 and 2019. He said until recently, court trials had been "terribly slow" and capable of frustrating genuine efforts aimed at promoting general progress of the society.

He said: "I am not a lawyer but I have been both a casualty and a beneficiary of the judicial process. I was before the courts for two and a half years- 27 months from 2003 in the now-famous case of Buhari and Obasanjo. It took me two and a half years to fight for a four-year presidential mandate.

"In 2007, I was again in court for 20 months, almost two years, also as petitioner and later then appellant in the case of Buhari and INEC. And in 2011, again as petitioner in the case of CPC and INEC, I spent another eight months in court. At the end, I lost all three cases. I wondered then why it needed to take so long to arrive at a verdict.

"In 2019, my status improved, I was now no longer petitioner, I became the first respondent in the case of Atiku and Buhari and the whole process took barely six months."

The president also faulted the conflicting pronouncements, which require reforms, saying "the second issue for me is the multiple and sometimes conflicting orders of courts. Recently, my party, the APC, had an internal crisis. In the six-week period before I chaired the meeting of the party to resolve the issues, there were at least 10 different conflicting rulings of the courts across the country."

Documents obtained from the National Judicial Council (NJC) showed that over 155, 757 cases were pending before the courts as of April, 2020.

Records show that judges in the entire country handling the increasing number of cases in the country are less than 2,000 in number.

Also, findings show that although Section 230(2) (b) of the Nigerian Constitution of 1999 provides for the appointment of 21 justices for the Supreme Court, the court currently has only 12 justices. Two justices; Justice Rhodes-Vivour and Sylvester Ngwuta are expected to retire next year.

Eight justices were elevated from the Court of Appeal to the Supreme Court of which none have been confirmed by the Senate. They are: Justices Adamu Jauro (North East); Emmanuel Agim (South South); Samuel Oseji (South South); and Helen Ogunwumiju (South West).

While there are 81 justices of the Court of Appeal, which complies with the provision of Section 237 (2) (b) of the Nigerian Constitution, 1999, which provides for not less than 49 justices, there are 80 judges presiding over thousands of cases at the Federal High Court.

The FCT High Court has less than 35 judges handling about 22,000 cases, and same with Lagos with 61 judges having over 30, 000 cases to deal with. Most of the other high courts in the country have less than 40 judges each.

With the growing number of cases in the country, there are calls for more courtrooms, more judges, ICT, enhanced welfare of judges and consensus by lawyers to build a sustainable judicial system in Nigeria.

Past recommendations on reforms

The National Judicial Council in 2018 set up the Corruption and Financial Crimes Cases Trial Monitoring Committee (COTRIMCO) headed by Justice Suleiman Galadima, which had toured the courts in the six geopolitical zones of the country to monitor and ensure compliance with the speedy trial of corruption cases.

Also, during the ministerial screening in July 2019, lawyer and Minister of State for Labour, Festus Keyamo (SAN) called for the unbundling of the country's Supreme Court through the establishment of the court in each of the six geo-political zones of the country that would handle civil cases, while the Supreme Court in Abuja will only need to deal with constitutional interpretation and political case.

He asserted that the Supreme Court has been over congested with "frivolous and scandalous cases."

It can be achieved - Lawyers

Speaking on the president's call, the President of the Centre for Socio-Legal Studies and member of the Administration of Criminal Justice Act (ACJA) drafting committee, Prof Yemi Akinseye-George (SAN) said it is achievable with a comprehensive plan from not just the judiciary but also the executive, prosecutors, investigators, witnesses, and social services.

He added that infrastructure such as electricity, and ICT will reduce the reliance on writing in longhand and ensure compliance with Section 396 of the ACJA, which said that cases should be heard day by day.

He said this can also be applied in civil cases where heads of courts, once witnesses are available can come up with practice direction and pre-trial case management system.

"We should commend the president for putting the issue of speedy trial in his address to the NBA. It should not just mention it, concerted action should be taken; he should set up a committee chaired by the Vice President with the Attorney General of the Federation as a member and then bring in some judges and private legal practitioners to address the bottlenecks that are causing delays in the administration of justice," he added.

Paul Ananaba (SAN) said the position of the president is correct, adding that cases should be timed. "We have successfully tried it in electoral matters."

Dayo Akinlaja (SAN) something radical should be done, explaining that the country cannot continue as it is now and expect to make much progress in the justice sector.

"The constitution has to be amended. We have a number of cases pending at the Supreme Court and the various divisions of the Court of Appeal," he said.

A source at the NJC, who pleaded anonymity, said besides, the COTRIMCO did not serve as a special court for the hearing of criminal cases explaining that speedy dispensation of cases can only succeed with the cooperation of lawyers, and provision of logistics for persons being conveyed from prison and other infrastructural facilities. 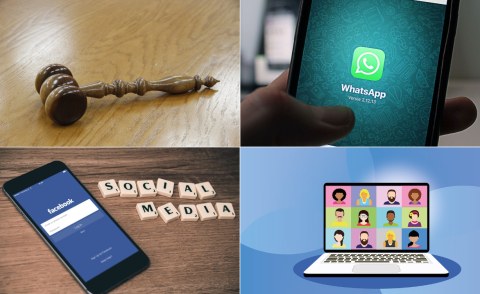 What Lies Behind Nigeria's Kaduna Clashes?
Tagged:
Copyright © 2020 Daily Trust. All rights reserved. Distributed by AllAfrica Global Media (allAfrica.com). To contact the copyright holder directly for corrections — or for permission to republish or make other authorized use of this material, click here.