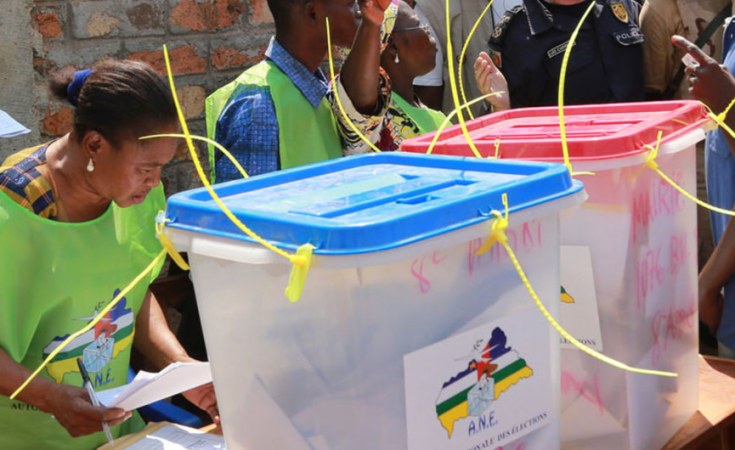 The UN's expert on human rights in the Central African Republic (CAR) issued a series of recommendations on Wednesday to ensure that citizens - after years of civil unrest - can freely decide the future of their country during presidential elections on 27 December.

"For the elections to be peaceful, they must be preceded by a ceasefire and cooperation among all sides," said Yao Agbetse, Independent Expert on the situation of human rights in the Central African Republic. "Time is running short and there is much to be done in the four months before polling day."

With a potential run-off vote and National Assembly polling slated for early 2021, he called on armed groups to immediately lay down their arms, as agreed under the 2019 Peace Agreement, to fully cooperate in the conduct of elections - and to respect the results.

Noting that the Government controls less than 50 per cent of the country,Mr. Agbetse insisted on reactivating the existing inclusive dialogue space, where the Government, the opposition and civil society groups can agree on essential issues.

"This kind of discussion is a prerequisite for restoring the confidence of the various actors in a peaceful way towards free and transparent elections that respect human rights and fundamental freedoms," he assured.

He warned that any recourse to violence entails the responsibility of the perpetrators, principals and accomplices - including before the Special Criminal Court or the International Criminal Court.

"I call on the guarantors and facilitators of the Peace Agreement and the Sanctions Committee of the United Nations Security Council to take diligent action against the armed groups in order to guarantee the security of persons and property throughout the national territory," he said.

For its part, Government must do its utmost to ensure inclusive, free, credible and transparent elections, he said, stressing that fair access to public media is an indispensable component of the democratic exercise.

A voice for refugees, displaced persons

Offering context, Mr. Agbetse recalled that more than 1.1 million people of the country's five million were forced to flee during the civil war. Authorities therefore must ensure that refugees and displaced people will be able to vote.

International support is also needed. "I call on the international community to continue and strengthen its support for the organization of this and future presidential and legislative elections in the country," he said.

The Special Rapporteurs and Independent Experts are part of what is known as the Special Procedures of the Human Rights Council. The experts work on a voluntary basis; they are not UN staff and do not receive a salary. They are independent from any government or organization and serve in their individual capacity.