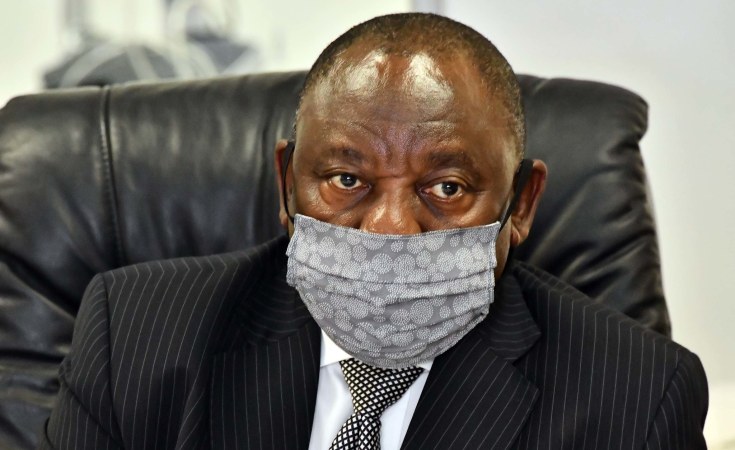 President Cyril Ramaphosa says the violence being perpetrated by men against women and children has become a national emergency.

The President said the struggle to end gender-based violence and femicide can only succeed if society as a whole is mobilised and organised behind a common programme of action.

He said this when he responded to oral questions in the National Assembly on Thursday.

The President said following the Presidential summit against femicide and gender-based violence in November of 2018 - and after extensive consultations that were held - the consultations resulted in the drafting and adoption of a national strategic plan, which was adopted by Cabinet in March this year.

"The plan recognises that the struggle against gender-based violence and femicide requires collective, as well as a cohesive, strategic type of leadership.

"The plan provides for a governance structure in the form of a multi-sectoral gender-based violence and femicide council to lead the implementation of the plan.

"However, even as the national plan was being drafted, we had to confront the reality that the violence that is perpetrated by men against women in our country has become a national emergency that requires urgent and decisive action, the kind of emergency which I also characterised as a second pandemic that we have to deal with," he said.

The President said working with civil society organisations, government has managed to improve access to justice for victims and survivors, as well as improve the State's capacity to investigate and to prosecute gender-based violence cases.

Government has upgraded 11 Sexual Offences Courts and implemented a system to track the processing of gender-based violence and femicide-related cases.

"We have improved the supply of sexual offences evidence kits, which are now available in all police stations in our country.

"Three amendment bills intended to strengthen the response of our criminal justice system have been approved by Cabinet and are in the process of being introduced into the Parliamentary system.

"Among others, these bills aim to tighten bail conditions for perpetrators of sexual offences. They also aim to strengthen parole conditions and increase minimum sentences.

"They are also aimed at ensuring there are more severe consequences for contravening protection orders."

He said five new Thuthuzela care centres, which provide shelter to victims of abuse, are to be established and will be operational by the end of March in 2021.

"At the same time, a major focus of our work has been on changing norms and behaviour through high-level prevention efforts such as mass media campaigns, and engagements with men's groups, offenders in prison and also youth at risk.

"While the emergency response plan sought to address these and other immediate issues, the national strategic plan guides the broader changes that we must achieve in the medium to long term," the President said