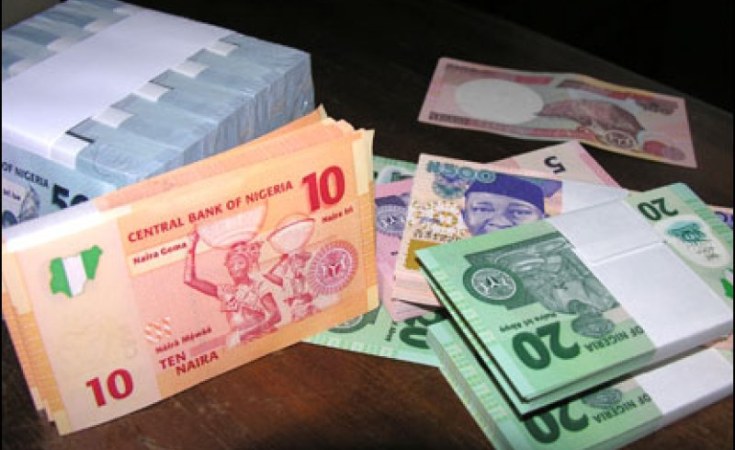 The Central Bank of Nigeria, CBN, yesterday, directed licensed bureaux de change operators to sell dollars to customers at a rate not higher than N386 to the dollar.

This came as the Federal Government, yesterday, said despite the N2.3 trillion Economic Stimulus Plan put in place to contain impact of the Coronavirus (COVID-19) pandemic on the economy, there is the possibility that the third quarter, 2020 (Q3'20) Gross Domestic Product, GDP, growth rate will be negative, while the economy will relapse into a recession.

The apex bank in a circular signed by the Director, Trade and Exchnage Department, O.S. Nnaji, said the directive would take effect on Monday.

"As part of efforts to enhance accessibility to foreign exchange, particularly to travellers, following the announcement of the limited resumption of international flights by the Ministeer of Aviation, commencing with Abuja and Lagos, the CBN hereby wishes to inform the general public that gradual sales of foreign exchange to licensed BDC operators will commence with effect from August 31, 2020.

On the recession, the Government, however, said it would be a short-lived recession.

The government's position is now in line with private sector projections for the economy against the backdrop of the second quarter 2020, Q2'20 GDP figures released by the National Bureau of Statistics, NBS, on Monday which put the GDP at -6.1 per cent, the worst performance in three decades.

Earlier in the week, many economy observers have indicated that Nigerian economy would certainly sink into a second recession in four years with effect from the third quarter 2020, Q3'20.

Reflecting on this, the Director General of the Lagos Chamber of Commerce and Industry, LCCI, Muda Yusuf, had stated: "Given the protraction of the COVID-19 pandemic and lack of a vaccine, there is high possibility that the economy would contract, though marginally, in the third quarter and this would mark the second recession under the watch of the current administration."

Though optimistic on the future GDP performance especially in the remaining two quarters of this year, analysts at CardinalStone Finance, a Lagos based investment house, projected that full year 2020 GDP would be around -4.6 percent.

Also, Uche Uwaleke, a Professor of Finance and Capital Market of Nasarawa State University, Keffi, and former Commissioner of Finance of Imo State, in a chat with Vanguard, said the negative growth would continue into a recession in the Q3'20.

He stated: "A negative real GDP growth is also most likely to be recorded in Q3'20 but the size will be smaller as the economy gets restarted and crude oil price gradually picks up."

He added that though the current GDP downturn is the worst, the economy has not yet entered into recession until end of third quarter when another negative growth is most likely.

Meanwhile, former President Olusegun Obasanjo was absent at the Council of State meeting attended by other past Presidents and Heads of State.

Briefing State House correspondents at the end of the virtual meeting attended by past Heads of State and Presidents, except Chief Olusegun Obasanjo, presided over by President Muhammadu Buhari at the Council Chamber, Presidential Villa Abuja, Minister of Finance, Budget and National Planning, Mrs Zainab Ahmed said that the current coordinated efforts of the Federal Government to contain COVID-19 pandemic and especially the N2.3 trillion economic stimulus plan would reposition the economy on a sustainable part of rapid recovery.

The minister, represented by Director-General, Budget Office, Ben Akabueze, said she briefed the council on the trouble facing the economy, arising from the drop in crude oil price and the COVID-19 pandemic.

She said the essence of the briefing at the Council of State meeting was to bring members up to date on the state of the economy, the reforms being initiated by the Federal Government to address the challenges the country was facing as well as provide some perspective on the micro-economic outlook on the economy.

She said: "The key message is that the Nigerian economy is currently facing serious challenges, with the macro economic environment significantly disrupted by the COVID-19 pandemic. And globally, it has been a very challenging time for economies. The global economy is in recession currently.

"Basically, for the Nigerian economy, our exposure to economic shortfall manifests in the following areas - export earning fluctuations, reliance on import to service substantial part of our expenditure and needs, whether energy, food or industrial supplies, our reliance on export to finance the import and lack of diversification, especially in terms of resources of government revenue.

"The vulnerabilities we face pre-COVID-19 have been exacerbated by the onset of COVID-19 and the Nigerian economy is disproportionately vulnerable to the twin shock of oil price collapse as well as health crisis because of our over-dependent on oil revenue and the low levels of foreign and domestic investments as well as the decline in foreign reserves.

"All of this is at a time the fiscal buffers are currently lean and the developments in the world oil market further make it difficult to rebuild those buffers this time, the foreign reserves, the excess crude account or the sovereign wealth fund.

"Recently, the Nigeria Bureau of Statistics, NBS, released our Q2 2020 GDP report which showed that for second quarter 2020, GDP growth was negative of 6.1 percent, bringing cumulative half year 2020 GDP growth to - 2.1 percent.

"However, it is noteworthy that Nigeria GDP performance was better than major economies.

Real GDP growth for full year 2020 is being projected at -4.2 percent by the NBS, but for 2021, we are projecting a recovery of 3.3 percent. This is consistent with the mass recoveries projected across different countries and other regions of the world.

"Inflation is expected to remain above single digit over the medium term, given the structural issues impacting in the course of doing business, including the high cost of food distribution. And overall our fiscal risks are somewhat elevated likely due to COVID-19 related disruptions which have exacerbated the structural weaknesses in the economy.

"We continue to face significant challenges, especially with respect to revenue generation and that is why the key reforms, such as the strategic revenue growth initiative that the Minister of Finance, Budget and National Planning is driving hard will continue to be implemented with increased vigour.

"The implementation of the reverse 2020 budget will also be accelerated. Capital releases which stood at N445 billion at the end of June before the reverse budget was passed, is now up to N1.2 trillion.

"The current coordinated efforts of the Federal Government to contain COVID-19 pandemic, especially the N2. 3 trillion economic stimulus plan, would reposition the economy on a sustainable part of rapid recovery, though it's likely that the Q3 GDP growth will be negative, which means relapsing to a recession, our hope is for a short-lived recession."

Pardon for Ambrose Alli, others ratified

Alli was convicted 30 years ago for misappropriation of N983,000 under the Robbery and Public Property Decree, 1984 by the Special Military Tribunal.

He later paid back the money, while Col. Effiong was convicted for conspiracy and treason and plan to overthrow the military government in 1986 under the regime of Gen. Ibrahim Badamasi Babangida.

Recall that President Buhari had granted pardon to the aforementioned personalities in April this year.

Malami said the ratification was a result of the memo he presented to the council at the instance of the President relating to the Presidential Advisory Committee on Prerogative of Mercy.

The AGF said a total of 45 persons were pardoned, including two inmates and 39 others who received clemency.

He said: "The memo presented for consultation in line with one of the constitutional requirements and consideration of grant of pardon to 45 persons; two inmates for pardon, 39 inmates for clemency and four ex-convicts for presidential pardon.

Malami also announced the ratification of the appointment of two legal practitioners into the Judicial Service Commission.

The council also ratified the appointment of former deputy governor of Nasarawa state, Silas Agara, as the Chairman of the National Population Commission, NPC.

This was announced by the Secretary to the Government of the Federation, SGF, Mr. Boss Mustapha, during the post-council press briefing.

Doctors Strike Over Pay As Schools Reopen in Nigeria
Tagged:
Copyright © 2020 Vanguard. All rights reserved. Distributed by AllAfrica Global Media (allAfrica.com). To contact the copyright holder directly for corrections — or for permission to republish or make other authorized use of this material, click here.