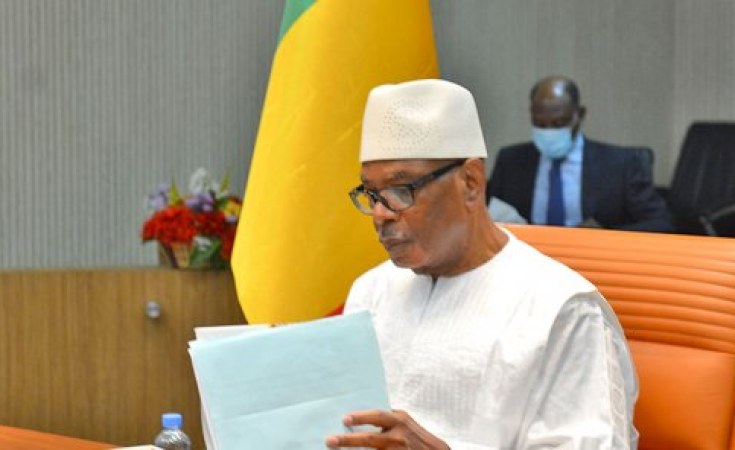 Abuja — The Authority of Heads of State and Government of the Economic Community of West African States will today (Friday) hold another Extraordinary Summit on the socio-political situation in Mali.

This is coming as the ousted President Ibrahim Keita, who has been detained by the military junta since August 18, has been released.

The summit was convened based on the decision of the extraordinary summit of the ECOWAS Heads of State which held on August 20, following the military coup in the West African country.

According to a statement issued yesterday by the ECOWAS Commission, the parley will hold virtually through videoconference.

The Authority of ECOWAS Heads of State and Government has been mediating in the crisis and had held several mediation and peace missions to Mali.

Former President Goodluck Jonathan had led other ECOWAS leaders in meeting with the coup leaders who were insisting on a three-year transition programme.

Meanwhile, the military junta which calls itself the National Committee for the Salvation of the People, yesterday released Keita.

Keita's release was a key demand of ECOWAS, the African Union, and the European Union and other international groups.

Keita was held outside Bamako, the country's capital, alongside Boubou Cisse, his prime minister, and some other high-ranking government officials after a coup that led to his resignation.

Jonathan who is ECOWAS' special envoy on the crisis in Mali had led a delegation to negotiate Keita's release but the military refused, saying the former president might sneak abroad.

"We asked them to allow ousted President Ibrahim Boubacar Keita to return to his personal residence, where he would be given tight security, but they said he could travel abroad, and not return to answer questions they may have for him," Jonathan had said, while briefing President Muhammadu Buhari at the end of his trip.

But the National Committee for the Salvation of the People (CNSP) yesterday said Keita had been released and is currently at his residence in the Sebenikoro district of Bamako.

"President IBK is free in his movements, he's at home," Djibrila Maiga, a spokesman for the junta, reportedly said.

What Timetable for Return to Civilian Rule in Mali?
Tagged:
Copyright © 2020 This Day. All rights reserved. Distributed by AllAfrica Global Media (allAfrica.com). To contact the copyright holder directly for corrections — or for permission to republish or make other authorized use of this material, click here.