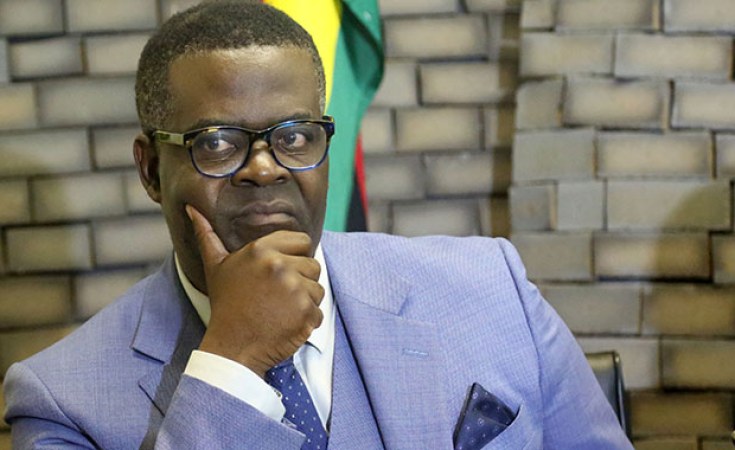 Former energy minister Fortune Chasi's dramatic sacking from cabinet two weeks ago was a culmination of an intriguing plot of state capture by powerful fuel cartels, notably his spirited but futile efforts to trim the overbearing influence of Sakunda Holdings and Green Fuel in the multi-billion-dollar spinning petroleum industry, among other reasons.

Chasi was relieved of his duties by President Emmerson Mnangagwa a fortnight ago, ending his turbulent two-year stint at the helm of the portfolio, during which period Zimbabwe faced a crippling power and fuel crisis. He was replaced by Soda Zhemu, who until his recent appointment appeared like a minion in the dynamic politics of Zanu PF and government.

Though Chasi's tenure saw a marked and steady improvement of power transmission following staggered payments of weekly instalments to South African power utility Eskom and Hydro Cahora Bassa of Mozambique over a US$33 million debt, the fuel crisis worsened, and in spite of his efforts to clip the monopolistic influence of Green Fuels and Sakunda Holdings.

Sources say, the dirty state of affairs at Zesa, which is characterised by corruption scandals running into millions of dollars also scalded Chasi's hands, as he sought "to clean house".

Green Fuel, the sole ethanol blending firm in Zimbabwe, is owned by business mogul Billy Rautenbach, while Sakunda is owned by Kuda Tagwirei, whose business interests have been expanding rapidly in recent years. Both Rautenbach and Tagwirei are Zanu PF benefactors and are viewed as wielding significant influence over the country's presidium.

Two weeks before Chasi was summarily booted from government by Mnangagwa, the Zimbabwe Independent, in a series of investigations, revealed a controversial US$22,5 million loan Sakunda extended to the National Oil and Infrastructure Company (Noic) to buy out Lonmin's stake in the ownership of the Beira-Harare pipeline under a transaction that lifted the lid on the dominant influence Tagwirei's outfit enjoys over usage and management of the fuel pipeline.

Sources this week told this newspaper that though Chasi was not yet in charge of the energy portfolio in 2017 when the loan deal was struck, his short-lived tenure was a "tricky affair of trying to understand why the agreement which left Noic saddled with a US$17,5 million debt while Sakunda Holdings could enjoy monopolistic usage of the pipeline was sanctioned".

When Chasi was quizzed about the rationale of agreeing to the loan deal with Sakunda, among other players in the industry, and the sort of benefits Tagwirei's outfit enjoyed, the former minister distanced himself from the agreement, citing that he was not yet minister when it was sealed.

However, he told this newspaper two weeks before his sacking, that he had asked Noic chief executive Francis Matukeni to shed light around questions posed by the Independent.

In a separate interview, though, Matukeni promised to respond to the questions, but did not.

Among questions at the heart of the opaque transaction, this newspaper sought to understand is why Noic specifically received the loan from Sakunda, whether Sakunda was paying usage tariffs pegged at about US6 cents and how much it paid in total to Noic for using the infrastructure.

Revealingly, in an telephone conversation audio between Norton legislator Temba Mliswa and Tagwirei leaked last week, the business tycoon is heard telling the parliamentarian, that Chasi haaterere (Chasi does not listen), as some of the possible reasons giving insight on why he was sacked froORMERm the powerful ministerial post.

An energy ministry official this week said Chasi, in part, was expelled because he stepped on the toes of an influential fuel procurement entity.

Said the source: "You must understand that at Noic, Chasi was trying to even out the playing field in the fuel sector by ensuring that Sakunda Holdings will not continue to enjoy the monopolistic utilisation of the pipeline while also trying to fully assert Noic's control over the pipeline. Sadly, this unsettled the interests of powerful fuel cartels.

"His plans to revive efforts to build a second fuel pipeline were also met with fierce resistance by the same powerful forces."

Zimbabwe, battling a chronic fuel crisis, loses a gargantuan US$400 million annually as a result of the monopolistic control and underutilisation of the Beira-Harare pipeline. Under unclear circumstances, Zimbabwe aborted plans to build a second fuel pipeline with Mogs of South Africa, which is owned by Royal Bafokeng, the parent company of platinum mining giant Zimplats.

Similarly, in the ethanol blending sub-sector, sources said Chasi's short-term plans to liberalise the industry by opening up the sector to new players "also did not go down well with the same fuel cartels".

Currently, Green Fuel has benefitted the most from the mandatory ethanol blending.

Under Chasi's watch, Noic was in the process of identifying and expanding its sugarcane fields with Tongaat Hulett as part of efforts to reduce the influence of Rautenbach's Green Fuel and lower the cost of ethanol locally.

"He was trying to do many things right at the same time. He could not have prevailed over the combined efforts by the ethanol blending and fuel cartels."

Another petroleum industry source also said Chasi was increasingly getting sidelined from the day-to-day affairs at Noic, where the cartels have a lot of influence.

At Zesa, before his sacking, the Sydney Gata-led board was suspended by Mnangagwa to pave way for investigations around the possible abuse of office.

Last week, former cabinet minister Jonathan Moyo, who is a fierce Mnangagwa critic through microblogging sight Twitter hinted that Chasi was fired for ordering an investigation into an opaque transaction under which Noic allegedly mortgaged its assets to Sotic International, an international commodity firm which enjoys business ties with Tagwirei for a US$1,2 billion loan facility.Chasi dismissed Moyo's claims as false.