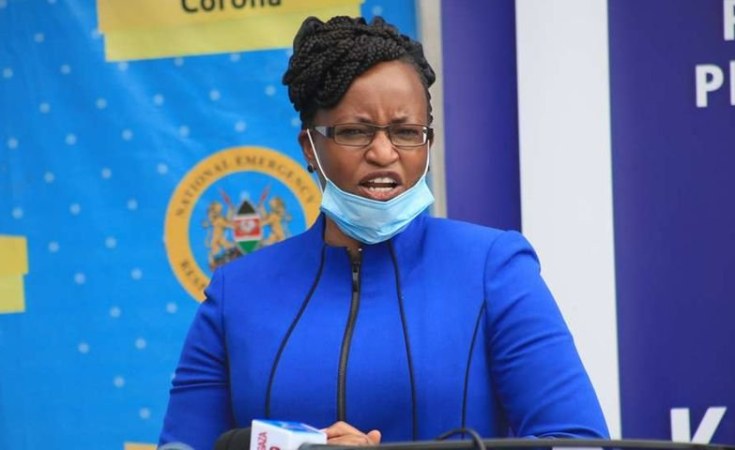 Sila Kiplagat/Nation Media Group
Health Principal Secretary Susan Mochache addressing journalists when she received a donation of Covid-19 kits from the Government of the Republic of Korea at Afya house on June 18,2020.
The Nation (Nairobi)
By Samwel Owino

The names and faces of officials who may have presided over multi-billion-shilling Covid-19 scandals have started coming to light as investigations gather steam.

On Thursday, bosses at the Kenya Medical Supplies Authority (Kemsa), where the bulk of irregular procurement of supplies happened, placed Health Principal Secretary Susan Mochache at the centre of the scams.

Appearing before the National Assembly’s Health Committee over alleged loss of billions of shillings, the management absolved itself from any procurement irregularity, saying, they took orders from Ms Mochache.

Mr Gitura told the committee that the agency received a letter in April from the PS with details on how to go about the procurement.

Mr Gitura told the team, chaired by Ms Sabina Chege, that the letter from the PS had instructions on what to buy, where and at what cost, a move he said was not procedural as the medical agency is not supposed to be directed on what to do by the ministry.

“We received a letter from the Ministry of Health containing a list where we should procure from, the prices and the quantity. I can vouch on the quality of PPEs we procured,” Mr Gitura said.

Mr Gitura admitted that, although the directive by the PS was irregular, it does not amount to an illegality of the procurement of PPEs done by Kemsa.

In the latter dated April 15 addressed to suspended CEO Jonah Manjari, which the Nation saw, Ms Mochache said the World Bank had identified and approved various items to be procured.

“This is to approve the procurement of goods worth Sh758, 690,583 as outlined in the annex. Disregard all other requests made in relation to Covid-19 as they have been captured under this approval,” the PS’s letter reads.

Cherangany MP Joshua Kutuny said the directive by the ministry amounted to an irregularity as it flouted the tender rules.

“The money should have been given to Kemsa and a tender floated for companies to bid,” Mr Kutuny said.

The Health ministry had during its appearance before the committee denied directing Kemsa on what to buy. The committee has now invited the PS back to authenticate the letter she allegedly signed and sent to Kemsa.

Documents tabled before the committee indicate that companies such as Megascope Healthcare, Tikasan Holdings Co Ltd, KEMA Ltd, Medilab and Applied Products have already pocketed millions of shillings for the supply of PPEs to the agency. 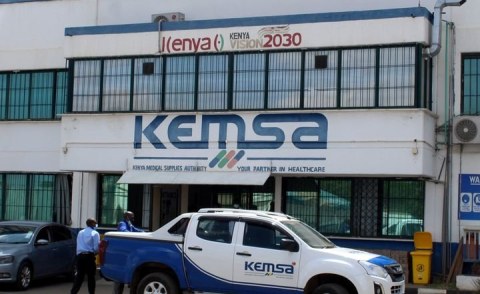