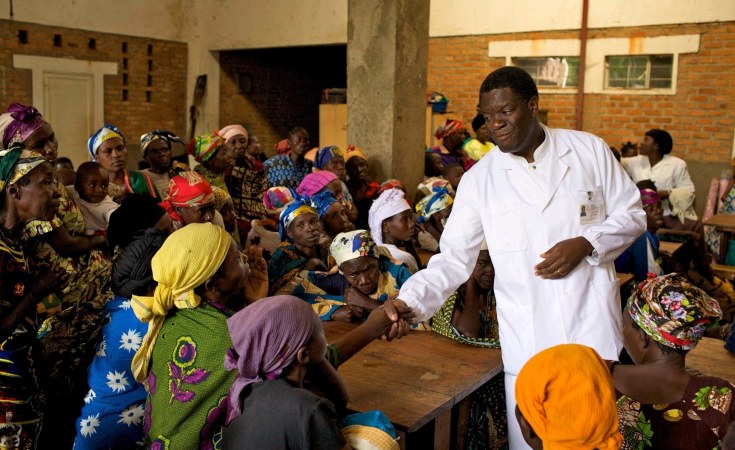 Genenva — UN High Commissioner for Human Rights Michelle Bachelet on Friday expressed deep concern over the recent death threats directed at the Congolese human rights defender and Nobel Prize laureate Dr. Denis Mukwege, and called for swift action to investigate who is behind the threats and bring them to justice.

Dr. Mukwege, who founded and runs the Panzi hospital in Bukavu, has won international recognition, including the 2018 Nobel Peace Prize, for his decades of work helping thousands of women victims of sexual and gender-based violence in the eastern Democratic Republic of Congo (DRC). He has also been a determined advocate against the use of rape as a weapon of war, and for increased protection of women.

He has also been a strong and consistent voice calling for those responsible for sexual violence to be brought to justice. He was a staunch supporter of the 2010 'Mapping Report' by the UN Human Rights Office which chronicled hundreds of serious human rights violations and abuses that occurred in the eastern DRC between 1993 and 2003, in many cases identifying the groups and entities believed to be responsible for perpetrating the crimes.

He has received deaths threats in the past and survived a major assassination attempt in October 2012. The recent alarming surge of threats against Dr Mukwege, which have been conveyed via social media and in direct phone calls to him and his family, followed his condemnation of the continued killing of civilians in eastern DRC and his renewed calls for accountability for human rights violations and abuses.

"Dr. Mukwege is a true hero – determined, courageous and extremely effective," said Bachelet. "For years, he helped thousands of gravely injured and traumatized women when there was nobody else to take care of them, and at the same time he did a great deal to publicize their plight and stimulate others to try to grapple with the uncontrolled epidemic of sexual violence in the eastern DRC."

"His life seems to be at serious risk," the High Commissioner said. "I welcome the public commitment of President Tshisekedi to ensure his security, and I hope that Denis Mukwege and his team will be provided with comprehensive protection by the Congolese authorities so that the indispensable work they perform day in, day out, at Panzi hospital can be guaranteed."

She also called for an effective, prompt, thorough and impartial investigation into the threats made against him. "It is essential those responsible are brought to justice and that the truth is known, both as a means to protect Dr. Muwege's life, but also as a deterrent to others who attack, threaten or intimidate medical workers and human rights defenders who, like him, work for the benefit of the Congolese people, often in exceptionally difficult circumstances," she added.

The UN Human Rights Chief underscored the need for all relevant authorities to openly condemn the threats. And, in order to tackle the problem in the longer term, she urged the Congolese authorities to adopt the draft law on the protection and regulation of the activity of human rights defenders in a form that is fully consistent with international standards.

She also called on the authorities to reinforce their efforts to prevent further human rights violations and abuses in eastern DRC and to take concrete steps to establish transitional justice processes that grant thousands of victims of successive conflicts their right to justice, truth, and reparations.

Rally in Support of Nobel Laureate Mukwege After Death Threats 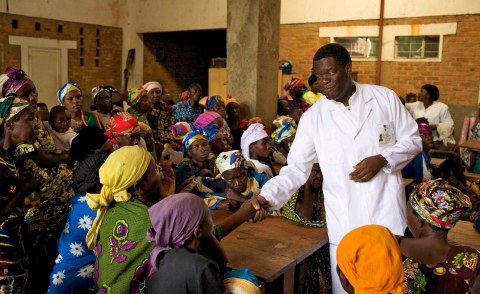