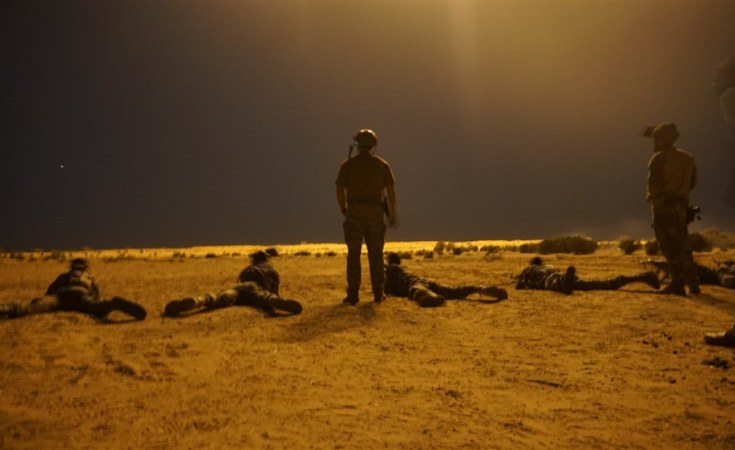 Niger's recently passed interception of communications law is meant to contain security threats, but instead the surveillance implications pose a threat to free speech and online privacy.

This statement was originally published on cipesa.org on 25 August 2020.

In response to national security challenges related to terrorism, ethnic conflict and organized crime, Niger promulgated a new law on the interception of communications, with surveillance implications that threaten the right to free speech and privacy online.

In April 2020, the Nigerien Council of Ministers tabled a bill aimed at securing a legitimate basis for intercepting electronic communications "in the interest of national security" (Exposé de Motifs). The bill was unanimously adopted on May 29 by the National Assembly as opposition politicians boycotted the vote, arguing that it allows for widespread monitoring of communications "under false pretences other than those related to security and the fight against terrorism." In spite of the boycott, the bill became law pursuant to Article 58 of the Nigerien Constitution, which states that if a bill receives a majority vote at the National Assembly, it is immediately promulgated except in the case of a presidential veto, which has not occurred.

Niger is part of the Sahel region of West Africa, where misguided counterterrorism schemes have disproportionately led to societal stigmatisation and violence against marginalised Fulani/Peul communities. Since the beginning of 2020, over 150 people, predominantly Fulani men, have disappeared or been the victim of extrajudicial killings by Nigerien security forces.

Neighbouring Burkina Faso has also faced scrutiny for the cruelty with which state-sponsored militias have worked in Fulani areas, including the May 2020 extrajudicial killings of 12 men and the subsequent investigation widely criticised by civil society actors. Though Burkina Faso has not engaged in communication interception, a 2019 law punishes media outlets who criticise Burkinabé defence forces. Meanwhile, Mali, which also shares a border with Niger, passed a cybercrime law in 2019 which permits real-time surveillance through interception of communications. The new law, which grants government access to digital communications data, could further exacerbate the ongoing unwarranted state-sanctioned violence against ethnic groups across the Sahel.

The new law comes into force in the context of a regulatory framework that already infringes upon the free speech of Nigerien citizens. The country's law on cybercrime adopted in June 2019 criminalises the "dissemination, production and making available to others of data that may disturb public order or threaten human dignity through an information system" (Article 31).

This article has been the basis of a crackdown on freedom of expression online, including the arrest of a dozen activists between March and April 2020 after their WhatsApp and Facebook communications featuring criticism of the government were intercepted by the state. In 2016, an activist was convicted of "conspiracy to overthrow a constitutional order" after he used Facebook to criticize Nigerien president Mahamadou Issoufou's counterterrorism approach.

The law on the interception of digital communications seeks to "reconcile the exercise of free access to information on the basis of national security in the fight against terrorism and organized crime." However, it violates democratic principles by granting sweeping powers to the executive branch of government. Under article 2, only the President, Prime Minister, Minister of Defense, Minister of the Interior, Minister of Justice, and the Minister of Customs and Trade have the authority to order an interception of communication. Furthermore, according to article 6, the committee created to oversee the law's enforcement - the National Commission for Oversight of Communication Interception (CNCIS) - is composed of seven government officials, all of whom are appointed by members of the presidential cabinet.

According to the International Telecommunication Union, Niger had an internet penetration rate of 5.25% in 2018. This is among the lowest penetration rates in the world, and in Africa where access to the internet is only lower in Burundi, the Central African Republic, Eritrea, Guinea-Bissau, and Somalia.

On the press freedom front, Niger is in dire straits, with a continued crackdown on dissent. Indeed, despite legislative provisions for media freedom under the Press Freedom law, Niger has a negative track record in its treatment of independent media, as highlighted above regarding the implementation of Article 31 of the cybercrime law. Arrest of journalists on politically-motivated charges is commonplace, and COVID-19 has also been the premise of law enforcement action against journalists. For instance, in March 2020, Mamane Kaka Touda, was arrested and detainedfor three weeks for social media posts about a suspected case of COVID-19 in a Nigerien hospital.

Furthermore, Niger's 2018 ranking on the Human Development Index was 189th out of the 189 countries surveyed. These metrics arise confusion as to why the Nigerien government focuses its energy on digital surveillance in a country where internet access is already disparate and more immediate socio-economic development issues threaten the Nigerien people.

With the approaching presidential elections scheduled for December 2020, the adoption of restrictive laws related to citizens' use of technology clearly follows a logic specific to authoritarian African governments, according to a 2019 report on the techno-political dimensions of internet disruptions in Africa.

Taken as a whole, the law on the interception of digital communications violates article 29 of the Nigerien Constitution, which guarantees the secrecy of correspondence and communications. Article 2 delimits the scope of interception to "attacks on state security and national unity, attacks on national defence and territorial integrity, prevention and combating of terrorism and transnational organized crime, and prevention of all forms of foreign interference and collusion with the enemy."

As the specific characteristics and nature of communications falling under these broad categories are not defined, this article potentially exposes Nigerien citizens to persistent surveillance. In addition, articles 24, 32 and 33 require public officials, network operators and service providers to cooperate with interception operations, failure of which may result in imprisonment for a period between one to five years and a fine ranging from two to ten million CFA francs (USD 3,445 to 17,222).

Although the law provides a semblance of oversight, the procedure of interception leaves room for violation of privacy. Article 11 states that records related to interception are destroyed on the president's order and expire a month after the order for communication interception has been issued, and that investigation reports on the operation of the interception are written. However, article 12 allows the extended storage of interception records for an unspecified period stating that transcriptions of interceptions "must be destroyed as soon as their preservation is no longer necessary" to preserve national security, and that the aforementioned destruction of transcripts is documented.

With this new law and the Cybercrime Act, Niger joins the horde of African countries including Cameroon, Chad, Nigeria and Tanzania, which use national security as a pretext to introduce legislation that limits freedom of expression and opinion, the right to privacy and other civil liberties. Past abuses on critical voices by the state justify the reservations about its apparent aim of combating criminal activity and terrorism. If maintained, more violations and arrests against dissenting voices can be expected as Niger prepares for the presidential elections this December. Hence the law should be repealed and other countries in Africa should desist from replicating similar regressive policies and legislation.

Fear of Terror and the Military in Niger 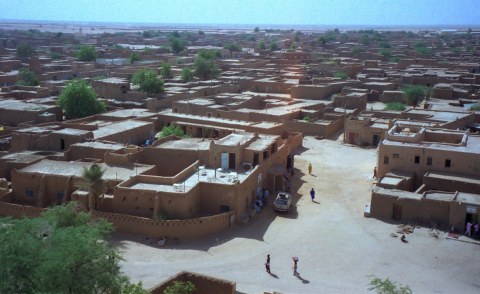 France Honours Aid Workers Killed in Niger By Suspected Jihadists
Tagged:
Copyright © 2020 International Freedom of Expression Exchange Clearing House. All rights reserved. Distributed by AllAfrica Global Media (allAfrica.com). To contact the copyright holder directly for corrections — or for permission to republish or make other authorized use of this material, click here.