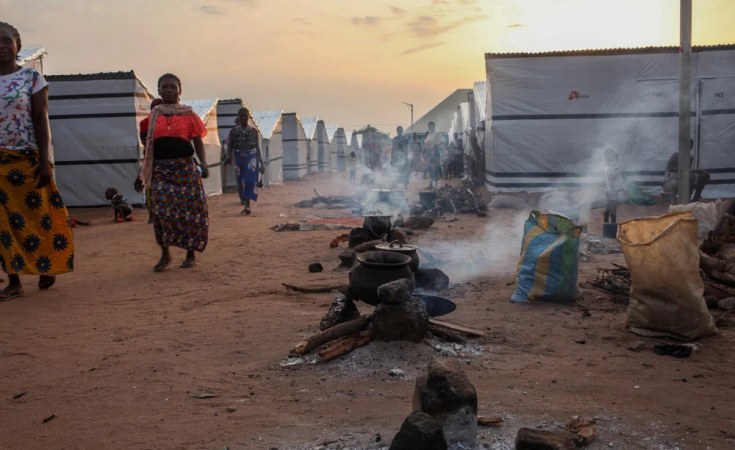 Nigeria’s middle belt states host the largest number of internally displaced people (IDPs) in the country, outside of the northeast. Benue state, also known as the ‘food basket of Nigeria’, lies at the heart of an ongoing neglected yet substantial crisis.

Here, tens of thousands of people are displaced by the farmer-herdsmen conflict that took a sudden and violent escalation in January 2018. In the first six months of the crisis, an estimated 300,000  people were uprooted from their homes, and 1,300 killed.

In Benue, displaced communities, mostly farmers, are living either in one of eight official camps, or in informal camps or settlements – such as markets or schools –or are staying with families who were already settled in the area. The official estimates do not yet include many thousands more people who have been displaced this year. In addition, there are more than 58,400 Cameroonian refugees living in Nigeria – mostly in middle belt states; more than 8,000 in Benue.

Although multi-layered and complex, the farmer-herdsmen conflict is largely driven by competition for resources, in particular food and water. Migratory herders are being pushed even further south in search of land for their cattle to graze on. Some of the underlying causes include environmental degradation and the impact of climate change, such as desertification, reducing available fertile land. In addition, ongoing violence and insecurity in traditional grazing areas in the north is forcing many herders to flee. The land that herders settle on, however, is claimed by farmers.

Most displaced people arrive in Benue with few or no possessions, and little waiting for them. During an assessment of the Naka IDP camp, resident Agbobo Philomena told our Doctors Without Borders (MSF) teams, “After they killed my husband, I took my five children and came here... I arrived just as you see me now, with no possessions. The herdsmen burned my home and everything I had. I have no mat to sleep on, nor soap to wash with. Getting clean water is also a big challenge. I only have one mosquito net and I use it to protect my youngest child.”

As the rainy season sets in, the lack of shelter and inadequate water and sanitation facilities among IDPs is of particular concern. In the Mbawa IDP camp, our teams have seen two or three families sharing a single shelter. In Old Market, multiple families huddle together under trees or disused market stalls as they desperately attempt to shelter.

Many once successful farms have been destroyed. Even where land is still usable, many people report being too scared to return to plant or harvest. It sounds ironic that those who used to produce crops in an area known as the ‘food basket’ of Nigeria can no longer afford to buy food for themselves. As food supplies diminish, prices increase. “Now when you go to the market for a bag of corn it costs 15,000 naira (about R652). It used to be just 5,000 naira (about R217). I used to be a corn farmer and now it’s difficult to even buy it!” says Edward Nyam, a former farmer in Mbawa camp.

We have been working in Benue since 2018, mainly with displaced farming communities treating malaria and providing sexual and gender-based violence services, conducting health promotion, including for COVID-19; provision of shelter, and water and sanitation services.

We believe this is a long-term crisis that can no longer be ignored. It requires sustained engagement and commitment, both financial and physical, incorporating humanitarian agencies, local and federal government as well as the United Nations. As MSF, we intend to do more, to reach impacted communities on all sides of this crisis; to reach beyond Benue, further into the middle belt. We cannot do it alone. At a minimum, basic water, sanitation, shelter, healthcare and protection measures must be introduced.

What's Triggered New Conflict Between Farmers and Herders in Nigeria

Next Story
Tagged:
Copyright © 2020 Medecins Sans Frontieres. All rights reserved. Distributed by AllAfrica Global Media (allAfrica.com). To contact the copyright holder directly for corrections — or for permission to republish or make other authorized use of this material, click here.