Mauritius: What Will Be the Environmental Impact of the Mauritius Oil Spill? 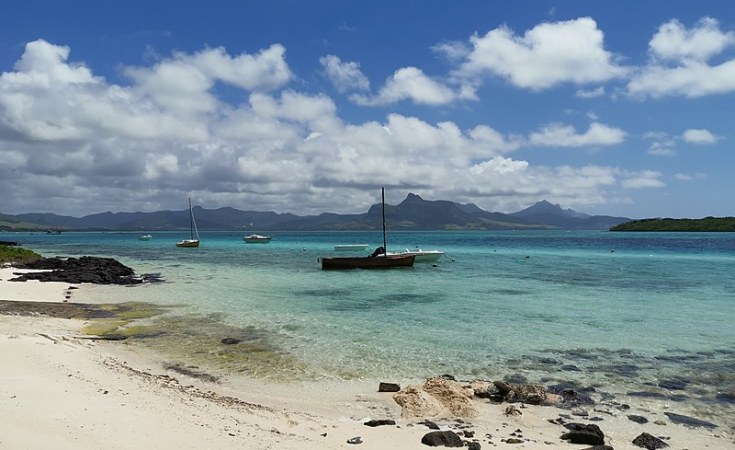 The oil spill's long-term impacts on Mauritius' fragile ecosystems will take years to fully comprehend, but the signs are already clear.

The environmental crisis unfolding in Mauritius is a stark reminder of the fragility of terrestrial-marine ecosystems. The island's lagoons are biodiversity hotspots that have been under intense pressure for centuries; since the beginning of the sugar cane industry in the 1600s, to more recent urban development, tourism-linked impacts and climate-induced coral bleaching events.

Tales of once abundant colourful corals are reserved only for older generations. But Mauritius' ecosystems have been put at even greater risk since the bulk carrier MV Wakashio ran aground on 25 July to the southeast of the island.

What does this mean for fragile ecosystems?

While the oil spill is relatively small compared to other similar incidents around the world, it is significant due to its proximity to sensitive areas. The ecological ramifications of 1,000 tonnes of petroleum products emptying into the southeast lagoon waters is potentially devastating.

The affected area contains two UNESCO Wetlands of International Importance, two Marine Protected Areas (MPAs) and one nature reserve. These sites' rare and endemic marine and terrestrial species are now threatened. Long-term conservation efforts - led by the government and NGOs such as the Mauritian Wildlife Foundation and Eco Sud - face the very real danger of having decades of hard work reversed.

Oil spills in marine environments are extremely complex and lengthy to clean up. There are many unknowns on how the MV Wakashio spill will affect Mauritius' unique, tropical environment. Nonetheless, the impacts of oil spills off other temperate coastlines in the past suggests there will be a significant loss of biodiversity. The shallow 2012 shipwreck on the reefs of the St Brandon archipelago (located about 430 km from Mauritius) led corals to turn black and eventually perish in 2014 - an event that also reminds us the impacts on coral atolls should be considered in years, not just months.

What's at stake in an intricate environment?

The affected lagoons are complex ecological systems that interconnect terrestrial and marine environments. They are home to critical ecosystems including mangroves, seagrass meadows and fringing coral reefs. These environments work in unison; mangrove wetlands provide a natural buffer to control surface water runoff to the lagoon and a habitat for juvenile fish and invertebrates.

The short-term effects of the oil spill are already evident. A green heron has been found oiled and a critically endangered hawksbill turtle found dead. Larger marine species such as melon-headed whales and other dolphin species have also recently died along the affected shores; the cause of their deaths is still under investigation.

The delicate balances of these ecosystems could be further disrupted. There are fears that the oil may have infiltrated into the ecosystem of Ile aux Aigrettes. These toxic chemicals can potentially accumulate in the unique coral island's native plants and poison endemic invertebrates, birds and reptiles feeding on those plants. The petroleum can also cause genetic mutations in reptiles.

It will take years to fully understand the impacts of the infiltration of oil into freshwater systems and the introduction of toxic sludge into mangrove forests.

What's at stake in the lagoon waters?

The Blue Bay Marine Park is an environmentally protected marine heritage site. It is home to nearly 38 corals species, over 72 fish species, 4 seagrass species, and the endangered green turtle. In June 2020, this marine park was teaming with fish and even sea turtle sightings - a testament to long-term conservation efforts.

Following the shipwreck in July, there will be long-term consequences as toxic pollutants circulate. Arsenic levels reported in fish and squid samples collected from the south eastern lagoons are already elevated to 5-7 times higher than the maximum permissible limit for human consumption. There are also fears of petroleum particles depositing onto corals that have been slowly regenerating over the last 20 years, since the ban on sand mining.

How will it affect coastal communities?

Mauritius' turquoise waters have been a draw for international tourists, but they also form an important part of the economic and social fabric of local communities. Locals fondly refer to this lagoon as mama la mer (mother sea). Many families residing in some 13 coastal villages in the vicinity of the oil spill glean their livelihood from the lagoon whether, from artisanal fishing and/or being employed in the tourism industry.

The World Wildlife Fund (WWF)'s Madagascar director has warned that the impact of the oil spill on 2,300 small-scale fishermen and women in Mauritius will be overwhelming. The livelihoods of other vulnerable communities living along the coast are also under threat. According to the CEO of Beau Vallon Group, which owns Preskil Island Resort, thousands of jobs are at a high risk of being lost.

The closure of international borders due to COVID-19 had already threatened many small businesses that are dependent on tourism. Now, the likes of glass bottom boat operators in the Blue Bay Marine Park face the additional challenges posed by the oil spill a few kilometres away from them.

Preparing for the aftermath

From the impressive scale at which communities are mobilising, it is clear that Mauritians recognise the impact the spill could have on the environment and livelihoods. The long-term impacts on fragile ecosystems, however, will take years to fully comprehend. This biodiversity hotspot of the south east lagoons will take a long time to recover and Mauritius will have to work hard to stop the oil spill from robbing a generation of their unique environmental heritage.

Moving forward, the effects of the MV Wakashio shipwreck will need to be closely monitored through tailored, rigorous sampling - long after the oil has been scraped off the white sandy beaches and carefully removed from the less accessible mangroves. In this, it will be critical to keep the conversation going and open to many different people - from international experts to local fishers.

Mauritians, NGOs and international partners (such as the UN) have already shown that local solutions for global problems are possible. While simultaneously facing threats such as climate change, Mauritius will have to claim this possibility in order to foster innovative approaches and a culture of sustainability to preserve mama la mer.