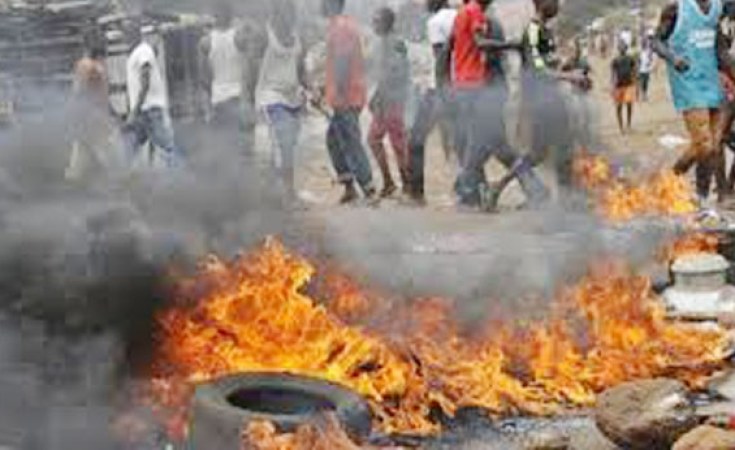 After being nominated by his party for next presidential election a few weeks ago, the incumbent in a communique made public has accepted to stand again.

Guinea's President Alpha Conde will be candidate for a third term in the next Presidential elections scheduled for October 18, 2020. The announcement was made public on Monday by the party. The decision by the 82-year-old to seek a third term in office has brought to an end months of speculation and a possible spark in deadly mass protests.

"President Alpha Conde will indeed be our candidate in the presidential election," said the statement from the Rally of the Guinean People (RPG), read out on television. The party had formally nominated him to run again back in August, but Conde had made no formal response.

He instead told delegates that the RPG must pledge to help women, the young and the poor before he would agree to stand for election.

Under Guinea's constitution presidents may only serve two terms. But according to analysts, the new constitution could reset the presidential term counter and enable him to run a third time a view now confirmed by the RPG.

Opposition figures were at the forefront of a protest movement against the constitutional referendum in March and unsuccessfully tried to organize a boycott. Mass rallies have been held for nearly a year to oppose the possibility of Conde seeking a third mandate. Security forces repeatedly cracked down on the protests, killing several dozen civilians.

Alpha Conde elected president in 2010 and again in 2015 is a former opposition figure who was jailed under previous regimes in Guinea, a country rich in minerals but plagued by entrenched poverty and a history of instability. Hopes of a new political dawn flowered when Conde became Guinea's first democratically elected president in 2010, but critics say he has become increasingly authoritarian. AFP reports that he has been the subject of numerous criticism from human rights associations which blames him for violence by security forces on demonstrators that has killed over 200 people since his coming to power. Recently, a group of Guinean opponents deposited a complaint in France against him and several of his relative for corruption, influence peddling and money laundering.