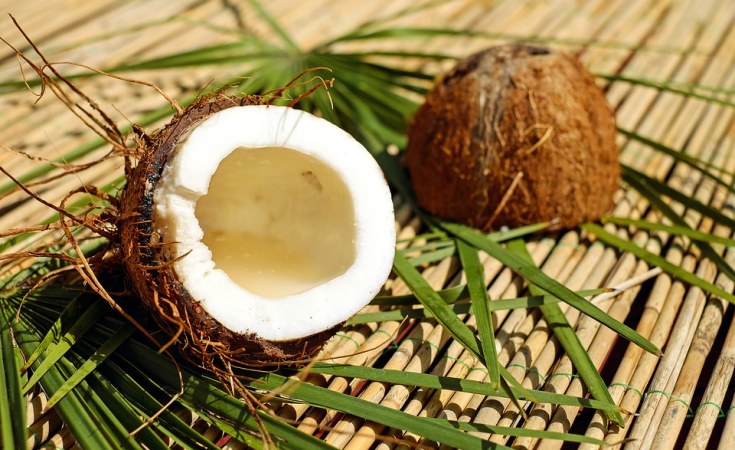 Mrs Okoroji disclosed this while delivering her opening remarks at the 2020 World Coconut Day celebration held in Abuja on Wednesday.

The World Coconut Day was established in 2009.

It is observed on September 2 of every year to commemorate the formation day of Asia and Pacific Coconut Community which functions under the aegis of the United Nations Economic and Social Commission for Asia and the Pacific (UN-ESCAP).

According to her, "coconut is a very important cash crop that can make Nigeria generate 400 billion USD annually".

"Our economy of production has proven that the coconut sub-sector can contribute over 400 billion USD to Nigerian economy annually," she said. "How much is the cost of crude as compared to that of coconut? It is times three higher and the demand for coconut products is increasing every day."

"We don't have enough coconuts in Nigeria presently; 80 per cent of the coconuts that are used in this country is imported and the cost of importation is getting higher and higher every day," she said.

She urged Nigerians to invest in coconut production.

"Investing into coconut production will really help the country economy," she said.

"For instance, one hectare of coconut plantation takes 200 trees and these trees with this present variety we are promoting in NACOPPMAN you are getting nothing less than 100 nuts from each tree after three years.

"If you are to sell it at the cost of N100 each, you will be getting two million (naira) annually. There's no better business than that, and it can thrive on its own and keep producing till the next 80 years.

"So that is why we are advocating for over 10,000 hectares in this first phase to be planted in 32 coconut viable states in the country and when this is done, we can now have what is called coconut sufficiency in Nigeria," she said.

The world coconut day is observed to highlight the importance and uses of coconuts, she added.

"It is an occasion to interpret policies and express the plan of action in the sector with an intention to create awareness about the importance of the coconut across the world," she said.

Also speaking at the event, the assistant director of the commodities and export department of the Ministry of Industry Trade and Investment, Dipo Adegoke said, "we need to grow the agricultural sector and get millions of Nigerians employed".

"The role of the industry is to ensure the development of the value chain of most of these agric commodities including coconut," he said. "The potential of the coconut sub-sector in creating jobs and income for the average coconut farmers is very high."

Meanwhile, the Secretary General of the Federation of Agricultural Association Commodity of Nigeria (FACAN), Dogodaji Nuhu, said the world coconut day should be celebrated despite the economic effect of COVID-19 on the association.