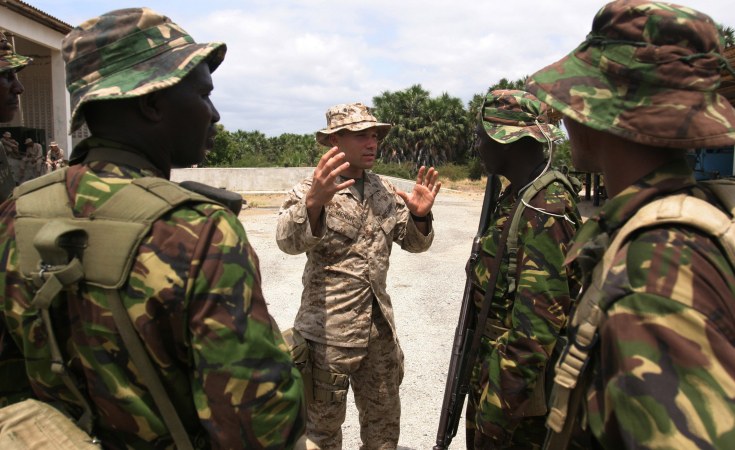 Two terror suspects linked to the financial network that supports the Islamic State (Isis) in Iraq and Syria are among nine individuals whose cash and property were frozen by the government Wednesday.

Halima Adan Ali and Waleed Ahmed Zein, who were also sanctioned by the United States in 2019 and 2018 respectively, had been described by the US as "dangerous terrorists who established an intricate global network of financial facilitators for Isis".

Mr Zein was named as a Specially Designated Global Terrorist (SDGT) while Ms Halima was designated for assisting in providing financial, material and technological support to Isis.

"As part of our comprehensive counterterrorism strategy, we continue to disrupt terrorist operations with a sole focus on bringing to book the perpetrators, financiers and sponsors of these reprehensible acts in line with our national laws and international obligations," said Mr Matiang'i in a statement.

Early this year, the Interior CS said authorities will focus on those sponsoring and facilitating terror activities in the country.

Wednesday, he reiterated that: "The only way to deny terrorists the means to threaten our way of life is to choke their facilitation networks and this I why I have published the forgoing list so that they can no longer finance Al-Shabaab operations within our borders."

Ms Halima and Mr Zein, who are the main international financiers, were according to the US Treasury department working together where they established their facilitation network spanning across the East Africa, Europe, the Middle East and the Americas.

Between 2017 and early 2018, the two are said to have moved Sh15 million through the hawala system to Isis fighters in Syria, Libya, and Central Africa.

The hawala system is an informal platform of transferring money and has been a major channel of cash transaction used by terror groups.

"Zein and his associates received instructions, money, and account information from an intermediary in an attempt to evade police surveillance. Zein was ultimately arrested by Kenyan security services in July 2018," the US Treasury department said then.

Ms Halima is reported to have played an integral role in an Isis financial facilitation network to conduct transactions at the behest of Zein's Syria-based family member in support of Isis fighters.

When the US government announced sanctioning Ms Halima last year, she was fighting terrorism charges in Nairobi and Mombasa courts.

Police reports had indicated that in 2014, Ms Halima was also planning to travel to Syria, the Isis stronghold, but the plan was cut short after she was arrested.

In 2015, Ms Ali was nabbed on suspicion of facilitating the travel of Ummulkheir Sadri Abdalla, Ms Khadija Abubakar Abdulkadir, Ms Maryam Said Aboud who were tagged as "Al-Shabaab brides".

They were arrested in El-Wak en route to Somalia, and police accused them of being members of the Ghuraba, a social media group used for recruiting, radicalising and facilitating terror sympathisers to travel to Somalia.

The four were charged in Mombasa, but the case against was dismissed in October 2018.

Ms Halima was arrested again in late 2018 by the anti-terror police unit as she was allegedly on her way to Somalia.

Police accused her of collecting videos and articles for commission of terror acts through her phone.

Since 2015, Ms Halima has been incarcerated at the Lang'ata Women's Prison in Nairobi and has also spent more than a year at the Shimo la Tewa prison in Mombasa.

In June 2018, her sister Abdia Adan Ali was arrested for impersonating her in court.

Ms Abdia is said to have appeared in court covered in a niqab trying to pass herself off as Ms Halima during the final hearing of the case.

Her lawyers have repeatedly denied the allegations against her including those levelled by the US.