According to the proposals sent to President Museveni on Monday, the taskforce maintained the closure of schools, bars and public gyms, among others.

The taskforce proposed that ministries of Education and Health will study the possibility of reopening the schools.

On prayer centres, the taskforce said worship places should reopen but the number of worshippers should not exceed 70.

In the same proposal, the team dropped the consideration for a lockdown in Kampala city.

Sources who attended the meeting on Monday said the proposals were sent to President Museveni for final consideration and approval.

On Saturday, President Museveni directed the taskforce to discuss reopening of schools across the country in a phased manner starting with candidate classes.

He also directed the taskforce to consider reopening of other sectors that have been closed since the lockdown in March such as places of worship, bars, weekly markets, tourism and the airport.

A source, who attended the taskforce meeting on Monday, said they came up with nine recommendations to the President.

The taskforce recommended that Entebbe airport and borders should reopen on October 1.

The taskforce said Covid regulations should be strictly enforced in Kampala with penalties, which include community work and fines to those who defy the guidelines.

They also proposed to government to set up a special lane for ambulances with police escort.

There has been speculation in the public and threats from some officials that the government would impose another lockdown in Kampala following rising numbers of new Covid-19 cases.

The Rugunda team also proposed that foreigners on a tourist visa should possess a Covid free certificate valid for 72 hours.

When contacted yesterday, Dr Rugunda asked Daily Monitor to send him a message to which he would respond but he did not reply by press time.

However, Dr Monica Musenero, the senior presidential adviser on epidemics, confirmed the proposals, but added that they were not final.

She said the recommendations would be further discussed in another taskforce meeting that was slated to be chaired by Mr Museveni yesterday.

Daily Monitor could not readily establish what yesterday's meeting headed by the President resolved on the Rugunda proposals.

Mr Museveni is slated to address the nation about the outcomes of yesterday's meeting but no date has been set.

Presidential press secretary Don Wanyama said they would communicate when the President will address the nation.

In June and July, he ordered partial reopening of several businesses such as transport but with half passenger occupancy. Some sectors such as education institutions, tourism, worship centres, bars, airport and borders remained closed until further notice.

In July, he said he would give his final decision in September about the reopening of schools and other businesses that were closed.

Previous Story
Next Story
Schools to Reopen for Candidates

Schools to Reopen for Candidates 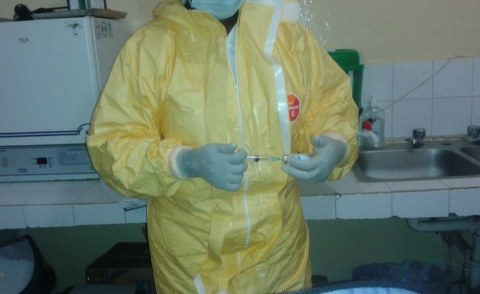 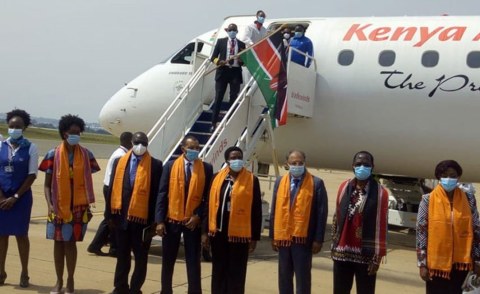 East African Business Plays Catch-Up After Covid-19 Bans End
Tagged:
Copyright © 2020 The Citizen. All rights reserved. Distributed by AllAfrica Global Media (allAfrica.com). To contact the copyright holder directly for corrections — or for permission to republish or make other authorized use of this material, click here.