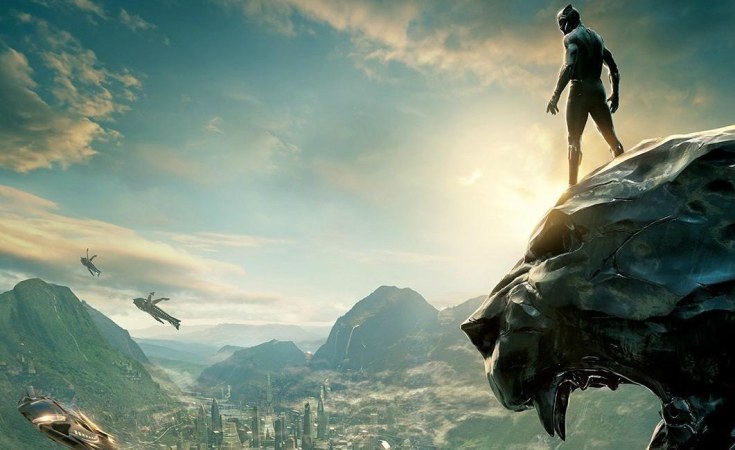 Movies are veritable source of information, education and entertainment. Millionaires have emerged from the movie industry, while many people are gainfully employed in the industry's value chain all over the world. Watching movies is an acceptable form of recreation for families and friends.

Some say it is therapeutic to watch movies. That notwithstanding, many, like me, watch movies once in a blue moon. You are right to conclude that I am not a movie freak. It was never my hobby nor formed part of my daily schedule.

In fact, I was born in a remote village in Enugu State where ownership of a video or television set at that time was a luxury coupled with the fact that there was no power supply.

Moreover, I think I was already in high school before I watched my first movie. I cannot even remember the title now. You may, if you like, attribute my attitude to movies to my background, or worse still my village mentality.

Even though I have heard about Black Panther film, I would not have taken note of who played which role. So, I knew little or nothing about Chadwick Boseman until his death. A friend of mine announced his unfortunate demise on her WhatsApp status that early morning and I was like wetin be this one again? I shrugged it off and moved on.

That same day it all went viral on social media with many talking about his death and major exploits in the movie industry. One account said he braved the odds and huge burden of cancer to feature in seven movies before it all ended.

Another said he also secretly got married to his heartthrob recently. I must appreciate his supportive environment and commend the dead for his resilience and positivity of life despite his health condition. It was a big lesson to keep on keeping on until God calls.

As usual, like every dead, tributes poured out in large numbers from his colleagues, friends, family and many others across the world. It was indeed so much outpouring of posthumous love. And Nigerians were not left out in the fray and frenzy.

From social media influencers to movie actors/actresses and politicians, it was one social media post or the other about the man. Trust my people: They must represent.

One among prominent sympatisers was former Vice President, Atiku Abubakar, who paid him a glorious tribute with pictures of himself and grandchildren lined up at an undisclosed cinema to watch Black Panther.

The death of every human diminishes me and my every sense humanity. It points to the compulsory path I must tread and reminds me of vanity of life in general. However, the bandwagon effect of following trending international events is always a reflection of our idleness, pretences and misplaced priorities.

We are simply a bunch of attention-seeking wailers who weep more than the bereaved. Last year, the death of Kobe Bryant followed the same pattern.

Many of those who posted glorious tributes on twitter, Instagram, Facebook and others in honour of the dead simply for the sake of traffic cannot briefly give adequate and detailed account of the movie - Black Panther- in 259 words. Yet like e-rats, they straddle the social media space for attention.

Nigeria has numerous contending and conflicting issues and conversations begging for answers and attention. We have had deaths, deaths and avoidable deaths in Nigeria. We have lost count of Nigerians killed by kidnappers, armed robbers and herdsmen.

What of those killed by security operatives, road accidents, diseases and building collapse? In Emene Enugu last week, some people said to be IPOB members were murdered in their cold blood by agents of the state. The causes of death in Nigeria are uncountable and solutions untenable. How much have we held government and those responsible to account for negligence?

A simple definition of news is account of an event which has interest, importance or both to a given set of people. Without sounding immodest, what interest or importance does the death of this man have on a set of people like us?

The energy we expend/ed on the death of an unknown man should have been channelled to the killings in Southern Kaduna, banditry in Zamfara and Katsina. Or to a decade of fighting 'defeated' Boko Haram insurgents?

At the moment, we should be concerned and even angry with the state of the nation; not on this one, just like Big Brother Naija frivolities. How can the world take us seriously when we fail to react to the growing rate of unemployment in the country, high rate of inflation, the astronomic rise of cost of living, lack of constant electricity supply, potable water, motorable roads, well-equipped health centres?

How much concerns have we genuinely raised about the above unacceptable state of affairs? What level of outpouring of emotion did we get from within ourselves?

The man Nigerians pay tribute to died in a country known for responsible governance. He died a fulfilled man. He died smiling; knowing fully well that his nation provided him with the best of quality health care in a state-of-the-art hospital.

With the hi-tech medical innovations at their disposal, they would have done their American wonder to ensure he survives. But it was definitely God's time.

And you are here in a nation where the wife of the president travels abroad for the treatment of ordinary neck pain and shamelessly talking about a man who had enjoyed quality medical attention provided by good leaders.

Did you not watch, read or hear that on arrival home, the wife of the president had, funny enough, advised for improved medical infrastructure in the country?

On the other hand, one state governor who was caught pants down stuffing some bribe-cash into his baban-riga has now set up an anti-corruption agency to fight graft in his state. What an irony.

This is Nigeria: a nation full of great potentials but hunted by misplaced priorities. We are a people notoriously known for importing what we have and exporting what we do not have. Charity, they say, begins at home. But in Nigeria, it begins abroad. I concur with Aisha Yesuf who twitted that Nigerians fight for God and leave their fight to God.

Eze, a media and communication specialist, wrote via sunnyeze02 @yahoo.com