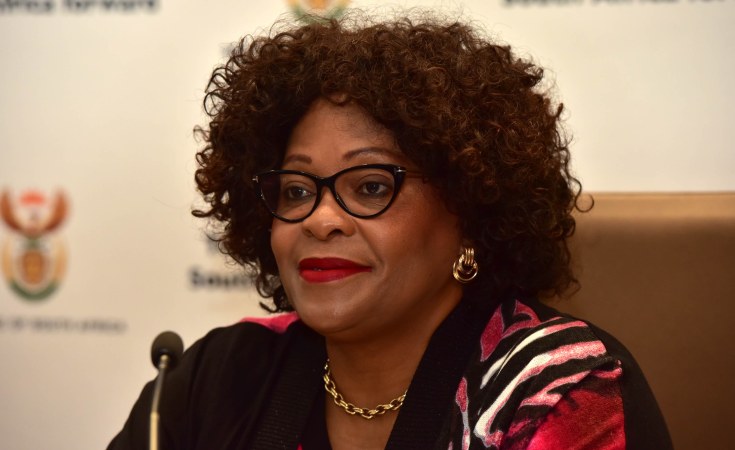 The former minister of water and sanitation, Nomvula Mokonyane, sank under the weight of evidence and contradictory statements as she reappeared before the Zondo commission on Thursday to answer the allegations of former Bosasa chief operating officer Angelo Agrizzi.

Nomvula Mokonyane, who ascended from MEC of safety and security in Gauteng, to premier in the province, to minister of water and sanitation, then minister of communications, and finally, minister of environmental affairs before being deployed to ANC headquarters at Luthuli House in 2019, made her second appearance at the Zondo Commission of Inquiry into Allegations of State Capture on Thursday.

Mokonyane first testified before the commission on 20 July and denied she had received R50,000 a month from Bosasa as alleged by the company's former chief operating officer, Angelo Agrizzi, or that she had ever issued instructions or asked for maintenance or security work at her home to be done by Bosasa or subcontractors to the company.

She also denied that she had an extravagant 50th birthday party at the Victorian Guest House in Krugersdorp paid for by Bosasa, as alleged by Agrizzi.

Under questioning by advocate Viwe Notshe, she denied ever having a birthday party at the...