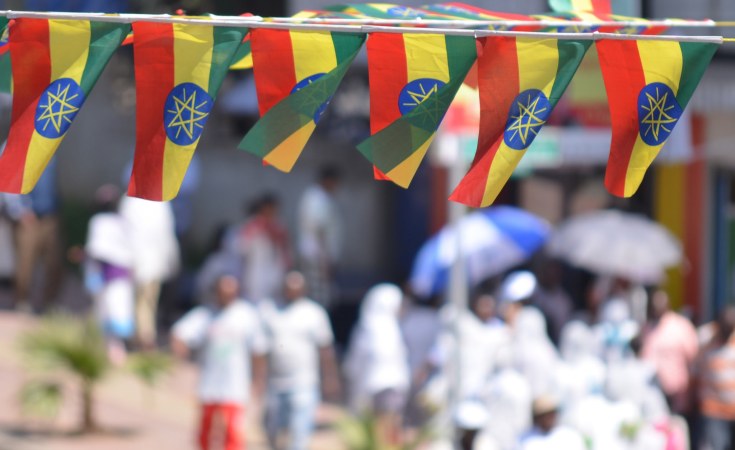 DEBRE TABOR - In a bid to attract tourists and augment income, Debre Tabor City is striving to restore its once glorious name through promoting tourism and investment, City's Mayor Abebe Embiale so disclosed.

He noted that the Debre Tabor is the first capital city in the modern history of Ethiopia as King Tewodros II chose it as a seat of his reign.

As a historic spot on the country's map, the city has eye-catching sites that lend pleasing moments for visitors, he said and recalled that the city is the birthplace of Empress Taitu and was also the source of king Tewodros II inspiration to unify Ethiopia through industrial revolution and knowledge transformation.

His administration is determined to give a kiss of life to the vision of emperor Tewodros II to develop a modern industrial village. "We need investors to support the achievement this historic duty," he said.

There are nine oldest churches that comprised of various parchment books, historic documents, and sacred artifacts like the holy cross and the likes, he said.

Among such churches are Debre Tabor Eyesus, Debre Leul Medhanialem, and Tekle Religious Dancing Training and Qualification College. On the other hand, Debresina forest reserve is another destination for tourists who wish to visit wildlife, as to Abebe.

In addition, the birthplace of Empress Taitu Bitul and the Gafat Industry village of king Tewodros II and the palace of king Yohannes IV are among the historic areas that can lure tourist to the city, he added.

On the other hand, the similarity of the name of the city with Debretabor also known as Buhe festival which features a colorful celebration will create eagerness among celebrants and visitors, as to him.

His bureau has held this year's "celebrating Debretabor in Debre Tabor" occasion for the third time aimed at exploiting the festival as a major tourism attraction platform. The plan is to popularize the city marked for the celebration of the event.

"We want an upsurge of local tourism and expect citizens to reminisize the city while thinking about Buhe as they do for Gurage and North Gondar zones in the Meskel and Epiphany holidays respectively."

To this end, the bureau is undertaking activities with celebrants and the media to demonstrate the typical feature of the event, he stated.

The bureau also reminds the public to host guests as per their hospitable culture. It is advising hotels to upgrade their services without unnecessary increment on price, he noted.

The tourism flow has been increasing through time despite COVID-19 posed hurdle this year. Working with a French Tour Guide Company named TDC, the Abebe's bureau is receiving visitors from abroad who visit the city and stay for five days in a consecutive basis, he mentioned.

"Visitors come to the city during Epiphany, Christmas, Easter and Ethiopian New Year (Enkutatash). For destination visit they pay some 150 Birr per person. But they are exempted from entry fee," he expressed.

The bureau is working to increase tourists flow and income by rehabilitating tourism destinations and ensuring peace cooperating with pertinent bodies, it was learnt.

Gold Theft in Zimbabwe - a Huge Problem But Is It Getting Worse?
NGO