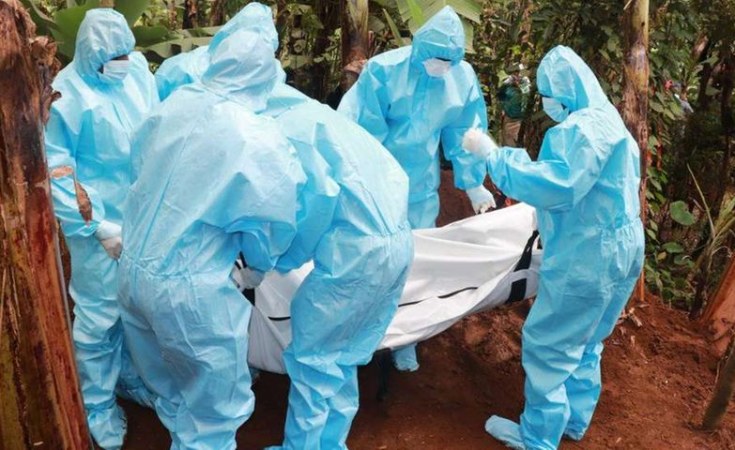 One hundred and two more cases of the coronavirus were announced in Kenya on Monday, raising the total number of declared infections since the first one on March 13 to 35,205.

Health Chief Administrative Secretary (CAS) Rashid Aman told the daily briefing at Afya House in Nairobi that 2,668 samples were tested for Covid-19 in the last 24 hours, raising the total to 477, 145.

All but nine of the new patients were Kenyans whereas the youngest was a year old and the oldest 86. Male and female patients both numbered 51.

Dr Aman further reported that 80 more patients had recovered, 30 of them at home and 50 in hospitals, raising the total number to 21,310

Dr Aman said the virus had killed another two people in the last 24 hours, raising Kenya's death toll to 599.

He said that as of Monday, Kenya's case fatality rate was 1.7 per cent, much lower than the average of about four to eight per cent in parts of the world including the West.

The CAS cited reasons such as a youthful demographic, genetics, environmental factors and the symptomatic state of most of Kenya's patients.

"Theories need to be tested for clues on how to deal with pandemic in the future," he said.

The ministry further reported that 664 patients were in hospitals across the country and at least 1,054 in the home-based care programme. It said that of those admitted to various health facilities, 25 were in intensive care unit and 10 on supplemental oxygen.

While addressing the matter of quality products for use in the fight against the pandemic, CAS Aman said the Ministry of Health grappled with the supply of items such as testing kits.

This forced the government to think of ways to avert a crisis and therefore turn to local manufacturers, he said.

He also said the private sector responded in an impressive way, enabling Kenya to meet demands for commodities such as personal protective equipment (PPE).

"Medical equipment are an integral part [of the fight against the virus] and regulation is carried out by the Pharmacy and Poisons Board," he noted.

"The PPB is also charged with product registration permits that are distributed in the country."

Learning in the Shadow of Covid-19 - a Student's Experience

Magoha - Schools Could Open in November If Measures in Place