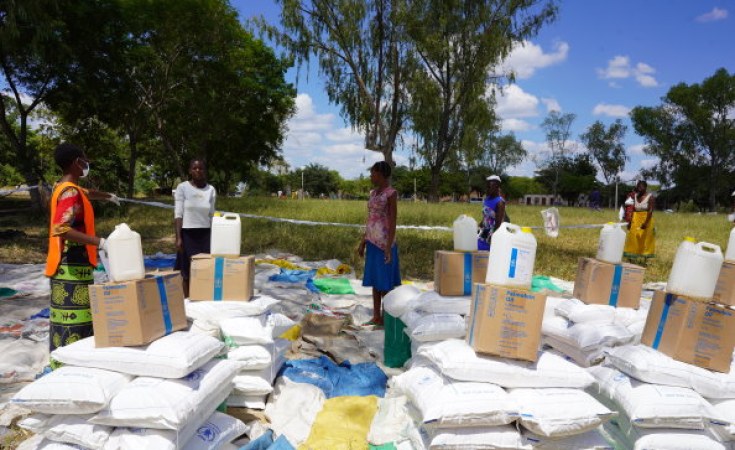 Johannesburg — The Covid-19 crisis is exposing how Southern Africa’s overreliance on high-cost imported seeds and fertilisers, and a lack of state investment in climate resilient farming are deepening food insecurity across the region.

A new policy brief from the Partnership for Social Accountability (PSA) Alliance, led by ActionAid International, shows how a failure of regional policies, compounded by the impacts of the pandemic, is pushing millions more people into poverty and hunger, with women and girls hardest hit.

Joseph Mzinga, Regional Coordinator of PSA Alliance member, Eastern and Southern Africa Small-Scale Farmers’ Forum (ESAFF), says: “Covid-19 has exposed how a lack of attention to the needs of smallholder farmers has left Southern Africa vulnerable. Agricultural policies in the region have not encouraged sufficient investment in building the resilience of farmers to climate change and disasters.”

The latest figures show that nearly 45 million people in Southern Africa are food insecure. This is a shocking increase of 67% since 2017 and up 10% from last year, when 41 million were facing food insecurity.

Hunger is expected to reach a peak between November this year and January 2021. In Zimbabwe, the most severely affected country, the number of food insecure people is likely to double by the end of 2020 to nearly 9 million people, or 60% of the population.

Despite higher than usual maize harvests in the region this year, existing ‘stressed’ and ‘crisis’ levels of food insecurity are expected to persist or worsen over the coming months in parts of the Democratic Republic of Congo, Lesotho, Madagascar, Malawi, Mozambique, Namibia, Zambia and Zimbabwe. The next level ‘emergency’ – just one away from ‘famine’ – has been predicted in parts of DRC and Zimbabwe.

The PSA Alliance, a regional project to hold governments across Southern Africa to account for providing quality public services in health and agriculture, finds that a reliance on imports over more sustainable farming practices has left the region more vulnerable to global economic shocks. Covid-19 restrictions have slowed imports of agricultural products - such as hybrid seeds and synthetic fertilisers – increasing farming costs and reducing how much farmers will plant and harvest in the coming season.

Meanwhile, widespread job losses in the informal sector, migrant workers returning to their home villages, and a loss of remittances are affecting both rural and urban areas. Farmers, who would usually work informal jobs to boost their income, have no extra money to buy seeds and other products for the next farming season, due to begin in October.

Women smallholders are responsible for over 60% of the region’s food production. As women’s unpaid care work increases due to Covid-19, it is having a knock-on impact on their ability to make a living, produce food and support their families’ nutrition and food security. Restrictions have also reduced their access to healthcare, exposing them to health risks, including unplanned pregnancies, as well as HIV and other illnesses.

Chikondi Chabvuta, Southern Africa humanitarian advisor at PSA member ActionAid, says: “Time is running out for governments to act. Rural food insecurity is expected to peak between November and January, when most family farmers are likely to run out of their own food supplies.

“In Zimbabwe, Mozambique and even parts of Zambia, families are already surviving on just one meal a day.”

The PSA Alliance is calling for accountable long-term national and regional investment in agriculture to be focused on building communities’ resilience to the climate crisis and responding to the needs of smallholder farmers, particularly women. State-provided agricultural services should assist farmers to adopt sustainable practices, that encourage independence and ensure communities have access to locally produced food. This will build urban and rural food systems that support health, wellbeing and social protection – and prevent food crises, even in the face of emergencies like coronavirus.

Alice Kapuchi, a smallholder farmer in Malawi and programme coordinator of Kuchene Women's Forum, explains how communities are facing multiple and deepening crises, from climate disasters to the pandemic.

“The hunger has hit us worse this year because we have had four years of consecutive disasters that have reduced the yield every growing season,” she says.

“The market is not functioning properly because we don’t have money to buy goods due to no alternative livelihoods and Covid-19 has led to job losses of many of the people. It’s a scary situation.

“We have Nyika, a local root that grows in the Shire River, that we are now eating and the communities are fighting to access the root as it is the only way we can survive from day to day.”

The PSA Alliance is led by ActionAid International together with Public Service Accountability Monitor (PSAM), Eastern and Southern Africa Small Scale Farmers’ Forum (ESAFF) and SAfAIDS, and supported by the Swiss Agency for Development and Cooperation (SDC).

Next Story
Tagged:
Copyright © 2020 ActionAid South Africa. All rights reserved. Distributed by AllAfrica Global Media (allAfrica.com). To contact the copyright holder directly for corrections — or for permission to republish or make other authorized use of this material, click here.