East Africa: Ethiopia Can Learn From Its Neighbours About National Dialogue 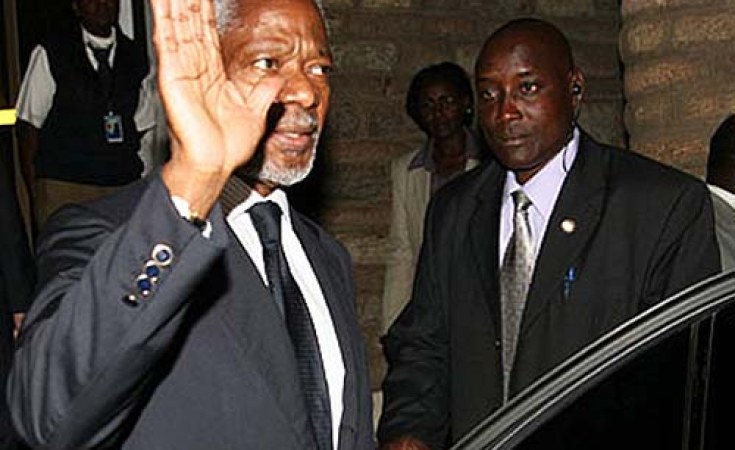 The optimism initially generated by Ethiopia's much-praised political transition that started in 2018 has waned. Rivalry has grown between the federal government and some regional states, and political unrest and other forms of violence have become a recurring problem. National dialogue is increasingly seen as an option to redress deep-seated political and security problems.

Ethiopia's violence and instability have their roots in long-standing state-building deficits. These primarily include divergent interpretations of the country's political history, a lack of social cohesion, and an absence of national consensus on major state symbols and institutions.

A recent report by the Institute for Security Studies (ISS) compares national dialogues in Kenya (2008), Sudan (2014-16) and South Sudan (2017-2020), with the aim of drawing lessons to support such a process in Ethiopia. The need for national dialogue in Ethiopia is now urgent, both to prevent crises and to help make long-term changes. Should the country opt for talks, the Horn of Africa could offer critical lessons.

Experiences from the region included the importance of wide consultation in initiating the dialogue, creating common understanding among key stakeholders on expected outcomes, and clearly defining objectives of the process.

Depending on the political context, government, opposition groups or civil society organisations may initiate a national dialogue process. In Sudan and South Sudan, the talks were started by the incumbent presidents, without much participation by some major opposition and armed groups. This proved to be a weakness, undermining the dialogues' credibility in the preparation phase, and later hampering the implementation of recommendations.

Wide consultations are essential for defining achievable goals. Failing to do so results in an unrealistic dialogue agenda, and proposals that are hard to implement, as the Sudan national dialogue showed. In contrast, the aims of the Kenya National Dialogue and Reconciliation (KNDR) were specific and limited, so the outcomes were manageable.

Inclusivity and the participation of a wide range of stakeholders during negotiations are crucial to accommodating divergent interests and needs. Despite including many participants, Sudan and South Sudan's dialogues didn't adequately involve key opposition political parties and armed groups. The groups were either excluded from the talks intentionally, or boycotted the processes due to dissatisfaction regarding government's role.

Participation in the KNDR was limited to those who engaged in Kenya's post-2007 election violence namely key political actors, the government and opposition. The process largely excluded other interest groups such as religious and business communities, and civil society organisations.

Despite their contrasting outcomes, all three cases show that national dialogue can fulfil its transformative potential if it includes key stakeholders - mainly political actors, armed groups and civil society groups. This wide representation enhances the legitimacy of the process.

Having credible conveners also enhances the legitimacy of national talks. Consultation methods, vetting, selection and appointment of the organisers are essential to the integrity of both the process and its outcomes.

Sudan and South Sudan's dialogue conveners were appointed by those countries' presidents, with limited or no consultation with opposition parties and armed groups. In Kenya's case, the organisers were the African Union Panel of Eminent African Personalities, led by former United Nations secretary-general Kofi Annan. This helped largely insulate the KNDR from accusations of partiality. It did however raise questions on the principle of local ownership.

Transparency and public engagement are also central to the national dialogue process, and can be achieved through public consultations, regular outreach and media coverage. Kenya, Sudan and South Sudan all had their own limitations in this regard. South Sudan's bottom-up process allowed for extensive public engagement, and debates were aired widely in the media. But local and international media were only allowed to cover the dialogue's opening and closing ceremonies.

In Sudan, debates took place only in the conference room used for the talks. Media coverage was inadequate and the government introduced repressive measures such as arresting some key opposition figures. The dialogues in Kenya were centred on political elites, and public participation was limited.

Establishing structured links between national dialogue and other political processes is another vital measure, which helps avoid a competitive environment. National dialogue is just one mechanism to tackle political crises and violent conflicts, and is often preceded or accompanied by other steps. Sudan and South Sudan's national dialogues weren't sufficiently linked to other ongoing processes.

The last lesson from countries in the Horn is that implementation mechanisms for national dialogue outcomes must be clear from the start. The value of the entire process ultimately lies in whether its recommendations are acted upon.

Sudan's national talks resulted in 994 recommendations - none of which were implemented by the government. In contrast, the KNDR showed ways that dialogue outcomes could be implemented. Specialised institutions were established with the mandate of executing suggestions agreed to in negotiations, and room was created for civil society to monitor and evaluate the effectiveness of implementation.

Sharp thinking is required on how to apply these lessons in Ethiopia, taking into account the need for careful planning, initiation and implementation of dialogue processes. Key stakeholders must be made aware of the importance of all aspects of the talks, and how each can enhance or undermine the process's credibility.

Ethiopia's political actors must choose between national dialogue and further instability. They should choose the former - and consider the many valuable lessons from the Horn.

Tigray Region Set to Vote in Defiance of National Govt

U.S. 'Misguided' Aid Cut for Ethiopia Undermines Influence
Tagged:
Copyright © 2020 Institute for Security Studies. All rights reserved. Distributed by AllAfrica Global Media (allAfrica.com). To contact the copyright holder directly for corrections — or for permission to republish or make other authorized use of this material, click here.