Zimbabwe's Education Law Now Does More for Children, but There Are Still Gaps 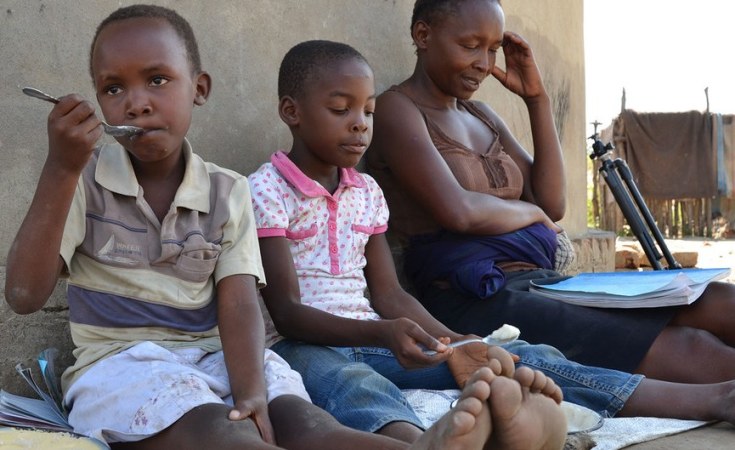 Tatenda Macheka/WFP
A mother homeschools her children in Shamva district, Zimbabwe, during the COVID-19 pandemic.
The Conversation Africa (Johannesburg)
analysis By Rongedzayi Fambasayi

Zimbabwe recently adopted the Education Amendment Act, 2020, to align its Education Act with the country's Constitution. The amendment is a result of consultations about how every child could realise the right to free basic education.

The Act has fairly extensive provisions to protect, respect and fulfil the right to education for all children. It addresses issues pertinent to education, including the prohibition of expelling pregnant girls from school, free and compulsory education, sexual and reproductive health issues, and the rights of learners with disabilities.

As a researcher focused on children's rights, I argue that while the amendment is commendable and progressive, the current economic outlook presents challenges and barriers in practice. Some of the challenges include dilapidated school infrastructure, lack of access to educational materials and the unavailability of teachers due to protest action.

The purpose of the amendment is to give effect to the constitutional right to education and specify its underpinning principles.

The state has the duty to provide learners with resources and facilities for learning. But there's a condition. The right is subject to the availability of state resources. Essentially and technically, the government could delay the realisation of the right on the basis of not having the required funds.

The Act makes it clear that attending state funded education isn't optional, but compulsory. It is an offence for any parent or guardian to deprive a child of education paid for by the state.

The law also underscores that schools may not expel learners for failing to pay fees. This also applies to privately owned schools that aren't state funded. So, no learner can be expelled (legally) in light of the amendment, even though private schools need to cover their costs.

Expulsion of pregnant learners from school

The amended Act says no child shall be excluded from school on the basis of pregnancy. Pregnancy can't affect the decision to admit, suspend or expel a learner. This progressive and commendable provision applies to both government and private schools.

A 2019 report by the Ministry of Primary and Secondary Education noted the prevalence of school dropouts as a result of pregnancy or early marriages. There are also concerns about the increasing cases of teenage pregnancy and potential school dropouts in the aftermath of COVID-19. The Act will now ensure that pregnant girls will have access to education.

Going forward, there's need to foster a change of attitude among teachers, learners and parents. It's one thing to have a right to remain in school while pregnant, and another to have an environment that supports and upholds such a right. Change of attitude cannot be legislated.

But the implementation still relies on the government, working in partnership with organisations such as PLAN International Zimbabwe and CAMFED, to foster behaviour change, inclusion and tolerance in communities.

Section 4 of the Act declares that the state must ensure the provision of sanitary wear and other menstrual health facilities. These include water and sanitation in all schools. This is a remarkable improvement. The previous law was silent on this fundamental right.

The integration of the sexual reproductive and health rights of girls comes at a convenient time as UNICEF Zimbabwe and its partners are working on these issues.

Further, the amendment provides for the appointment of sexual and reproductive health personnel at every school. There's no regulation specifying who qualifies to be appointed to this role. It's unclear whether teachers could qualify. Training them would have budgetary implications for the government.

In many rural schools, clinics or health facilities are not easily accessible. The government must take practical steps to move from rhetoric to reality.

Disciplinary action against learners must respect the child's human dignity and the best interests of the child. Section 68 of the Act requires every school to have a disciplinary policy. It does not permit any treatment that doesn't respect the dignity of the child. Any discipline which amounts to physical or psychological torture, or to cruel, inhuman or degrading treatment or punishment, is outlawed. While the amendment doesn't explicitly use the term "corporal punishment", it might meet such criteria.

The development is in line with best practices in other countries that have abolished the use of corporal punishment in both public and private schools. For instance, section 56(1) of the Education Act No. 16 of 2001 of Namibia, confirmed in Van Zyl vs State, prohibits teachers from using corporal punishment as a disciplinary measure.

The Act provides for the rights of pupils with any disability. But the provision is fundamentally problematic. At face value, it places the responsibility on every registered school - not the state - to provide infrastructure for learners with a disability. This is subject to the availability of resources.

A majority of schools are financially constrained and have dilapidated infrastructure. Learners with disabilities may have to wait until there are resources to give them access to educational infrastructure and services.

The Act is mute on the provision of inclusive and equitable quality education - the cornerstone for Sustainable Development Goal 4. The reason behind this glaring omission isn't clear.

Arguably, referring to the goal in the Act would have given children a legal claim to decent educational infrastructure, up-to-date study materials and information, communication and technology equipment, among others. The Inclusive Education Policy lacks the same legal force as the Act. Policies, unlike statutory law, are not enforceable and may help governments escape compliance.

In principle, the Education Amendment Act is the first step on a journey of a million miles. Its success depends on the implementation measures and approaches from state and non-state actors.