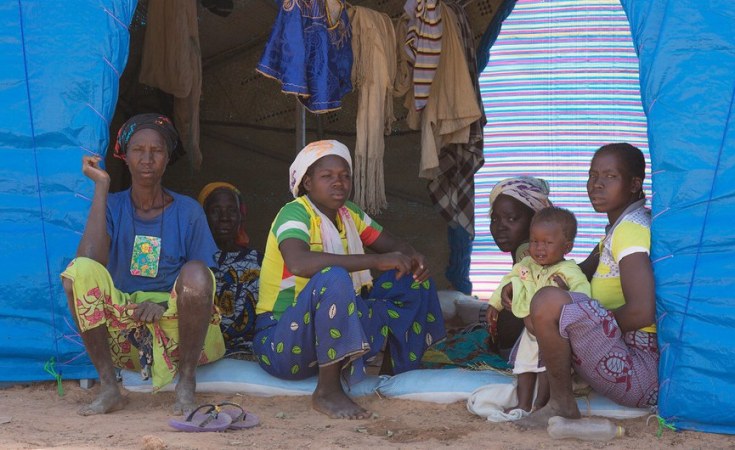 Marwa Awad/World Food Programme
Members of a family who fled conflict at their shelter in the Pissila camp for internally displaced persons in Burkina Faso.
UN News Service

New data from UN Children's Fund (UNICEF) has revealed worsening nutritional situation for children in Burkina Faso, with more than 535,500 children under the age of five suffering from acute malnutrition - an unprecedented level.

Of them, some 156,500 children are "severely" malnourished, leaving them nine times more likely to die than well-nourished children, according to UNICEF.

"The aggravating factors causing the nutritional situation of children to deteriorate are primarily linked to the displacement of populations due to insecurity, reduced access to livelihoods and reduced access to health care and nutrition," said James Mugaju, UNICEF Deputy Representative in Burkina Faso.

"The coronavirus pandemic has had a brutal impact on households and their ability to provide for the basic needs of their children. Children are paying the highest price, facing a triple crisis: security, health and food," he added.

Burkina Faso, a landlocked country in west Africa, has over one million internally displaced persons - 60 per cent of whom are children, and 3.3 million suffer from acute food insecurity.

According to the survey, the town of Gorom-Gorom in the Sahel region and the Barsalogho site for internally displaced persons in the Centre-Nord region are worst affected, where children under five suffering from global acute malnutrition at 18.4 per cent and 16.1 per cent, respectively. The figures exceed the World Health Organization (WHO) emergency threshold of 15 per cent.

Areas where children are particularly affected by acute malnutrition are also those with the highest number of acutely food-insecure families, said UNICEF, calling for intensified efforts to ensure the continuity of nutrition services to provide an integrated package of prevention and treatment of malnutrition to reach the children in urgent need.

"This is essential because good nutrition for children, from their first days and months, protects them from disease and infection, and helps them to recover when they fall ill," said Mr. Mugaju.

UNICEF and its partners have stepped up their response. Community health workers have been mobilized to travel to the most remote areas to screen and treat malnourished children at the community level, where they also provide advice on the best feeding practices for infants and young children, including in emergency situations.

"Well-nourished girls and boys ensure good physical and cognitive development, which will give them equal opportunities to grow up fulfilled and reach their full potential," he said.

Conflict and Coronavirus Spark a Hunger Crisis for 3.2 Million People 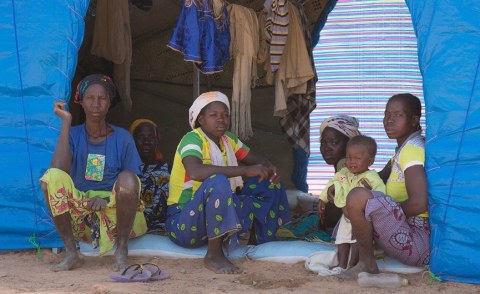 A Record One Million People Displaced in Burkina Faso - Agency
Tagged:
Copyright © 2020 UN News Service. All rights reserved. Distributed by AllAfrica Global Media (allAfrica.com). To contact the copyright holder directly for corrections — or for permission to republish or make other authorized use of this material, click here.