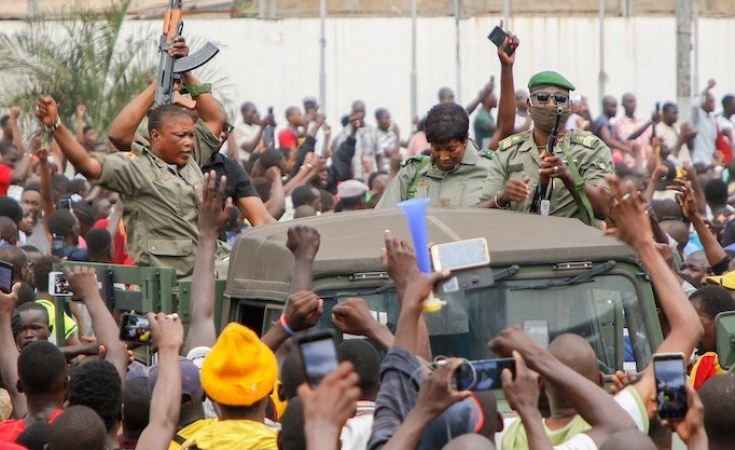 For two days, military leaders, political stakeholders and civil society have been brainstorming on how to move the country from the prevailing quagmire.

Mali's military junta yesterday, September 6, 2020 continued talks with different stakeholders on its promise to hand power back to civilians, following mounting pressure from neighbouring countries weeks after it overthrew President Ibrahim Boubacar Keita. Presiding over the talks in Bamako, Colonel Malick Diaw, first vice president of the National Committee for the Salvation of the People (CNSP) said, "Since August 18, we are charting a new history for our country".

One of the key issues in the talks is the length of the transition to civilian rule. The junta originally proposed a three-year transition, before bringing it down to two years. The June 5 Movement said it wants a transition period of 18-24 months. The 15-nation Economic Community of West African States (ECOWAS) regional bloc, which has imposed sanctions and closed borders to Mali to put pressure on the junta, called for elections within 12 months.

Though nothing has filtered from the consultation, it is believed that most of the stakeholders present at the talks are for a rapid return to civilian rule within 12 months, the transition headed by a civilian and the prime minister from the military junta.

Prior to the talks, the opposition coalition of civil and religious leaders demanded military rulers give it a role in the transition to civilian rule, after not being invited for the transition talks on 29 August. It was included in the rescheduled talks, along with political parties, former rebels, unions, civil society organizations and media representatives.

The National Committee for the Salvation of the People (CNSP), has announced the holding of parallel talks in regional capitals, led by regional governors. But in Kidal, a northeastern city controlled by the Coordination of Movements of Azawad (CMA), "consultations were postponed for lack of compromise between the CNSP and the CMA," an administrative official told AFP.

Celebrations After President's Ouster - But There Are Few 'Good Coups'

Mali Transitional Govt Names Civilian as Interim Prime Minister
Tagged:
Copyright © 2020 Cameroon Tribune. All rights reserved. Distributed by AllAfrica Global Media (allAfrica.com). To contact the copyright holder directly for corrections — or for permission to republish or make other authorized use of this material, click here.