Zimbabwe: Find a Wife and Stop Meddling in Zim's Affairs - Matemadanda to Khama 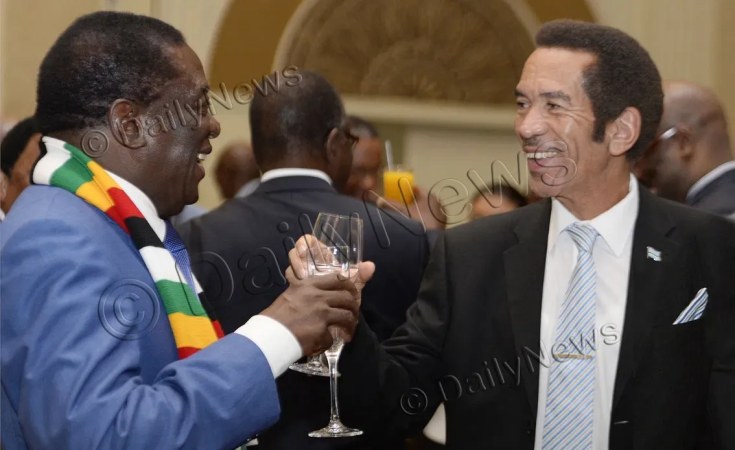 Khama is one of the leading politicians in the SADC region to endorse #ZimbabweLivesMatter which is calling for an end to rampant rights abuses by the Zanu PF led Zimbabwe administration.

However, this endorsement has not been well received by senior Zanu PF and government officials who include Matemadanda.

The ruling party officials insist there is no crisis in Zimbabwe.

"There is a man who suffers from an identity crisis, who does not know whether he is black or white, Botswana former president Ian Khama," Matemadanda told war veterans in Mutare Monday.

"Worse, he is yet to convince a single lady to be his wife. Imagine a bachelor to come and give Zanu PF leaders advice on how to run this country, saying I want to involve myself in Zimbabwe's internal issues.

"When you do not have the courage to tell a woman that I love you. Nonsense!" said an angry Matemadanda who doubles as the Deputy Minister of Defence.

"Zimbabwe is above that level to be told what to do by old bachelors. We have better things to think of."

Khama in July posted images of himself and some Zimbabweans all decked out in T-shirts inscribed with the #ZimbabweLivesMatter statement on his Twitter account.

He went on to write with "Today I hosted Zimbabweans in Serowe (in Botswana) to share thoughts about the current regime and appreciate their plight. Martin Luther King Jnr once said, 'The silence of the good people is more dangerous than the brutality of the bad people'. So, let us stand with Zimbabwe people and condemn this brutality."

"There is someone called Hopewell Chin'ono, who is Chin'ono? The whole country surely should converge a meeting to discuss Chin'ono. No! we have something important to do.

"We have a list of people claiming to have been abducted, and after that, no one shows any scars of the said events. And the world must believe that!"

"Zanu PF is a revolutionary party and it will not be told what to do by the likes of Malema who was fired from the African National Congress because of his indiscipline. Now he becomes a champion of peace in Zimbabwe. Nonsense!"

Malema has been outspoken about the Zimbabwean crisis while blaming President Mnangagwa for alleged dictatorial tendencies.