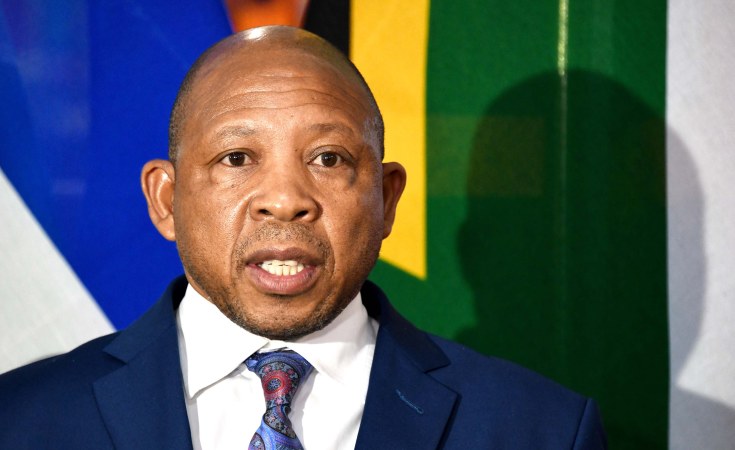 Prime Minister Moeketsi Majoro and well-known All Basotho Convention (ABC) member, Nonkululeko Zaly, have reached an out of court settlement over the appointment of the latter as Local Government and Chieftainship principal secretary (PS).

The settlement, which was endorsed by High Court Judge Molefi Makara on Monday, confirms the appointment of Ms Zaly which came into force last month.

Ms Zaly was initially appointed as Home Affairs PS by former Prime Minister Thomas Thabane. Her appointment was revoked by Dr Majoro in July 2020 and this prompted her to challenge the move in court.

Ms Zaly petitioned the court for reinstatement after Dr Majoro revoked her appointment.

Ms Zaly was initially appointed by Mr Thabane in April 2020 when the latter was still premier. Her appointment was subsequently revoked in July 2020 by Dr Majoro after he took over from Mr Thabane in May 2020.

Dr Majoro came in at the head of a new coalition government comprising of the ABC and Democratic Congress (DC) parties.

In terms of the two parties' coalition agreement, each party can only appoint its members as PSs of the ministries it controls.

The Home Affairs minister is the DC deputy leader, Motlalentoa Letsosa. In terms of the two parties' deal, his PS should come from his own DC party and not from the ABC.

As a result, Mr Letsosa refused to allow Ms Zaly into office when she reported for work on 1 July 2020.

The premier initially wrote to the Public Service Commission (PSC) on 24 July 2020 stating that the appointment of Ms Zaly was done by the previous regime and was contrary to the current coalition partners' agreement on the appointment of PSs and should therefore be revoked. Then Government Secretary Moahloli Mphaka duly wrote to Ms Zaly on 29 July 2020 informing her that her appointment had been revoked.

However, she refused to accept Dr Majoro's decision and filed a High Court application for reinstatement.

Ms Zaly petitioned the court to declare her the "rightful holder of the position of principal secretary of the Ministry of Home Affairs".

She also wanted Mr Raboletsi to be barred from carrying out the duties of home affairs PS.

But Ms Zaly and Dr Majoro subsequently reached an out-court of settlement last month and this paved the way for her re-appointment as local government PS.

The settlement was subsequently endorsed by Justice Makara on Monday.

"Having heard counsels for the applicant and the respondents and having read papers filed before court, it is ordered that the applicant (Zaly) has been transferred to the Ministry of Local Government as Principal Secretary and the matter has been resolved. Each party to bear its own costs," Justice Makara ordered.

Dr Majoro's lawyer, Advocate Molise Molise, refused to say why the premier had had a change of heart and re-appointed Ms Zaly after having initially revoked her appointment by Mr Thabane. He refused to say whether the settlement was to facilitate her new appointment as local government PS.

"The government considered Ms Zaly's case and decided to settle out of court by transferring her to the local government ministry. The reasons for the settlement are not to be disclosed," Adv Molise told this publication yesterday.

Two other PSs 'Mabotle Damane (Communications, Science and Technology) and 'Maseithati Mabeleng (Forestry, Range and Soil Conservation) whose appointments by Mr Thabane were equally revoked by Dr Majoro have lost their cases for reinstatement Another application by former public works PS Mothabathe Hlalele is yet to be heard.

I Have Survived Countless Attempts To Topple Me - Majoro

Why Thabane Has Not Been Arrested Over Estranged Wife's Murder