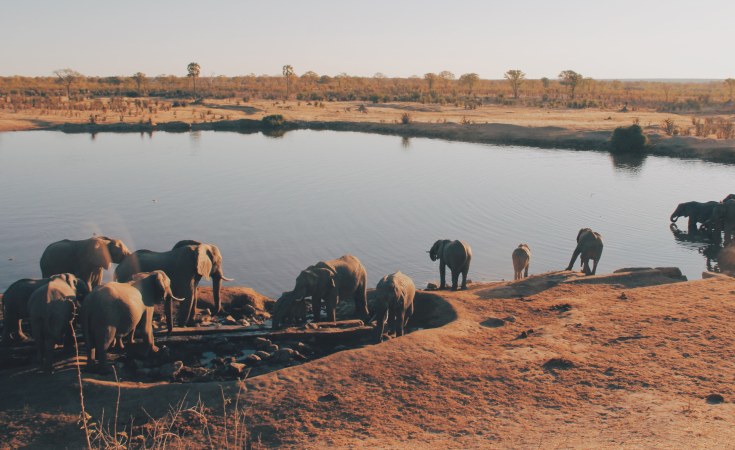 "Mining on areas held by National Parks is banned with immediate effect. Steps are being undertaken to immediately cancel all mining titles held in National Parks," said Minister Mutsvangwa.

"All riverbed alluvial and riverbed mining on rivers is banned with immediate effect, except on the Save and Angwa rivers where desiltation will be allowed under very strict conditions. All those holding mining concessions will be given a grace period to be announced, to obtain Environmental Impact Assessment (EIA) and State of Works Plan acceptance by the Ministry of Mines and Mining Development."

The announcement comes as the New Dispensation has consistently pursued environmentally-friendly policies in the extractive sector.

However, there had appeared to be a lapse in enforcement of regulations as some miners ended up getting special grants to extract minerals in national parks and riverbeds, causing considerable damage to the environment and ecosystems.

"It was noted that the granting of a mining concessions through mining claims and on special grant is not a licence for resumption of mining.

"All holders of mining titles are required to obtain approval of EIA and acceptance of Site Plan Works by the Ministry of Mines and Mining Development.

"This position will be strictly reinforced by the two ministries responsible for Mines and Environment," said Minister Mutsvangwa.

Minister Mutsvangwa said those who failed to regularise EIAs and site plan works would be deemed to be operating illegally and be subjected to stiff penalties.

She said the objective was to have all mining operations conducted in a manner which did not harm the environment adding that stiffer penalties would be imposed on those complying with environmental provisions.

Minister of Mines and Mining Development Winston Chitando explained that in some instances, there were special grants given to mine in restricted areas.

Minister Chitando said ZMDC were given the licence to mine in the Hwange area in 2015, but did not start operations at the time.

River bank mining, which was also affected by this ban, is particularly rampant in the Mazowe area.