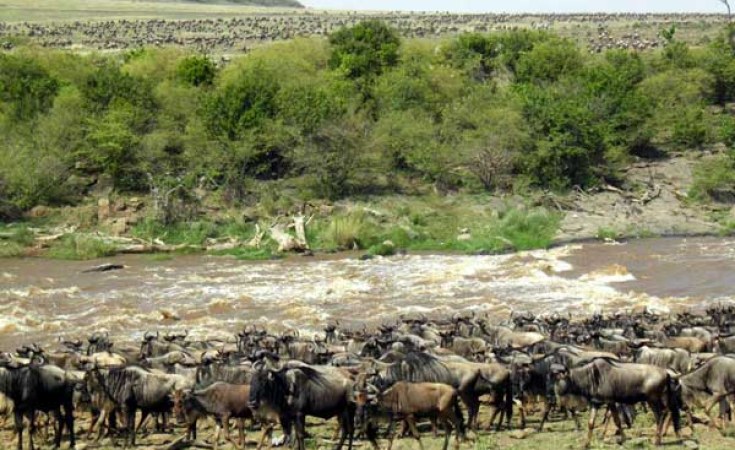 London — A share of developing states' foreign debt could be forgiven in exchange for governments devoting those resources to fighting environmental problems, researchers say

In Kenya, the coronavirus pandemic has dried up eco-tourism, cutting off sources of funding that help protect wildlife and pay an income to communities working to preserve nature.

But forgiving a share of Kenya's hefty foreign debt, in exchange for the government devoting those resources to fighting climate change threats and biodiversity loss, could tackle several big problems at once, researchers said on Tuesday.

"As part of pandemic economic rescue packages, governments have an opportunity to address simultaneously the crises of debt, climate and biodiversity destruction," researchers from the London-based International Institute for Environment and Development (IIED) wrote in a report.

It ranks countries that would benefit most from such "debt swaps" based on their vulnerability to climate change, richness of biodiversity, indebtedness and creditworthiness.

At the top of the list are Cape Verde - an island nation off the coast of West Africa - Vietnam, Honduras, Kenya, Nicaragua and Papua New Guinea.

Opening up budget space could also expand a government effort that pays farmers, particularly in the poorest indigenous communities, to plant trees and conserve forests, he said.

Most of the $8 trillion in debt owed by developing nations in 2019 - before the virus crisis - is held by wealthy countries in the Organisation for Economic Co-operation and Development, China and large asset managers, Steele said.

All might have good reason to consider such swaps, he told the Thomson Reuters Foundation.

China, for instance, is the host of the next Convention on Biological Diversity summit, now delayed to 2021, which aims to increase finance for nature protection, among other goals.

As the biggest holder of bilateral debt with developing nations, China could set an example by testing out debt swaps, and recently mentioned them at an Asian Infrastructure Investment Bank meeting, Steele said.

Asset managers facing debt write-offs as a result of the coronavirus-linked downturn might opt to put them to productive use - which could both support ailing economies and reduce the need for more debt relief in the future, Steele said.

Some investors that have made commitments to net-zero emissions by 2050 could also consider debt swaps as part of their broader mission, he added.

Debt-for-nature and debt-for-climate swaps are a relatively new idea. The Seychelles in 2018 signed a $27-million deal brokered through The Nature Conservancy, with the freed-up cash going to set up a big marine reserve, Steele said.

Similar agreements might particularly suit other small island developing states in the Caribbean or Pacific with large debt, high climate vulnerability and rich biodiversity, he said.

In all the swaps, money would be made available for climate and nature protection under a "results-based" payment system, in which the debtor nation must do what it promises to obtain the debt relief, he said.

While Britain no longer holds much developing-country debt after forgiving most of it decades ago, as host of next year's major U.N. climate summit it could put pressure on creditors in London's financial centre to participate in such swaps, he said.

These deals may become more attractive - and important - as debt rises in developing countries battling the coronavirus pandemic and economic downturns, researchers noted.

Developing-world debt was already reaching record levels before the COVID-19 crisis, rising to 170% of gross domestic product across the countries in 2019 from 110% in 2010, according to the International Monetary Fund.

Kenyatta to Leave Billions of Dollars in Debt By 2022

IMF Slaps Tough Terms on Kenya Loan Offer
Tagged:
Copyright © 2020 Thomson Reuters Foundation. All rights reserved. Distributed by AllAfrica Global Media (allAfrica.com). To contact the copyright holder directly for corrections — or for permission to republish or make other authorized use of this material, click here.

Gold Theft in Zimbabwe - a Huge Problem But Is It Getting Worse?
Construction