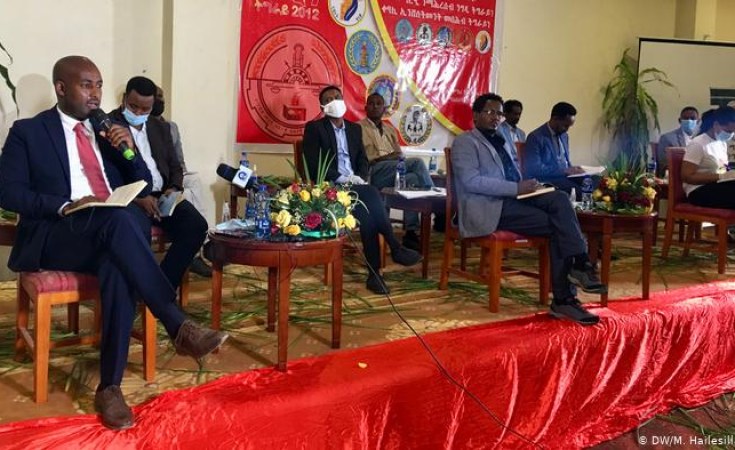 The Tigray region is scheduled to vote Wednesday -- in defiance of Ethiopia's federal government. National officials are nervous, but their counterparts in Tigray say they are safeguarding democratic rights and autonomy.

On Monday, about a dozen people, including four journalists and a senior analyst, were barred from boarding a flight to Mekelle, the capital of Ethiopia's northern Tigray Region. Three more journalists reported that they had received calls warning them not to attempt to travel to cover the elections.

Led by Prime Minister Abiy Ahmed, the federal government postponed the general election in March because of the coronavirus pandemic. The decision was supported by his Prosperity Party and major opposition parties.

The government of the Tigray region refused to abide by the decision, seeing the postponement as an attempt by Abiy, the 2019 Nobel Peace laureate, to prolong his hold on power and curtail the region's autonomy.

"[Tigrayans] forget that there is a real pandemic going on," said Jan Abbink, a professor of politics and governance at the African Studies Centre at Leiden University.

On Saturday, the House of Federation, the upper chamber of Ethiopia's legislature, unanimously declared elections for the regional parliament "unconstitutional" and the results "therefore void." But the Tigray People's Liberation Front (TPLF), which governs the region, is expected to press ahead with the vote for a new administration.

Officials for both the federal and regional governments see themselves as following Ethiopia's constitution and the rule of law. The Tigrayan political scientist Yemane Zerai told DW that there was little point to legalistic theorizing. "The political relations will determine the relationship," he said, "which can lead us into a peaceful coexistence or it can take us to total disengagement, which can lead to the disintegration of the Ethiopian state -- or at least to the separation of the Tigrayan state." 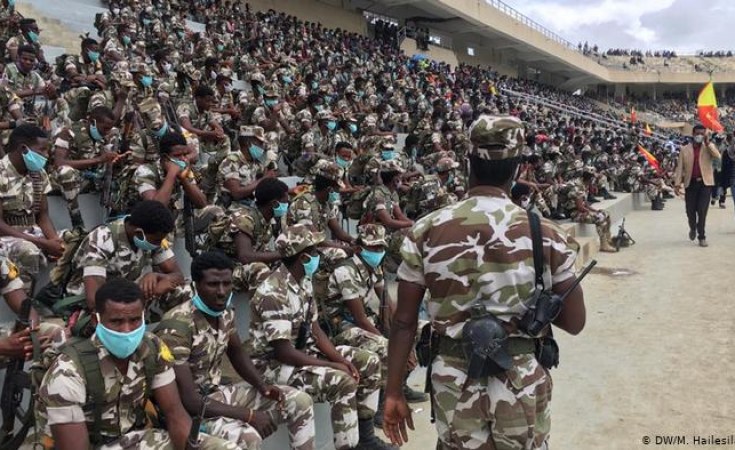 Miilion Haileselassie/Deutsche Welle
Military parades have been held in various cities of Tigray in recent weeks.

Relations between the TPLF and the federal government have deteriorated markedly since the former refused to join the prime minister's Prosperity Party when it was formed in 2019. "We know there is an open threat by Abiy to militarily intervene against Tigray and to cut funds, but we will still go ahead with the vote," said Getachew Reda, the TPLF spokesman and a former federal information minister.

According to an analysis by the International Crisis Group think tank, Abiy told a local media outlet that talk of a military intervention in the Tigray region was "insane" and said there were no plans for one under any circumstances. But he has repeatedly said there would be consequences, without going into details.

Since taking power in 2018, Abiy has liberalized the politics and economy of Ethiopia. But ethnic tension and outbreaks of violence have followed his changes as politicians in the provinces try to assert their authority against that of the federal government.

The TPLF has cast the election as a question of safeguarding democratic rights and autonomy. On the streets of Mekelle, opinions are divided. "This is a way to show the world and Ethiopia that we are helping to secure our self-administration rights," resident Leake Zegeye told DW.

But Merha Selam Meressa told DW that he was afraid of what might result from this act of defiance. "The situation is not good," he said. "It could lead us to a conflict."

Though he acknowledged the potential for violence, Abbink said he did not think it would come in the form of a military intervention by the central government. "Knowing the leadership's aims and the style of Prime Minister Abiy Ahmed, it is unlikely that he will do it," he said. "He will try to keep the dialogue going, in the hope that some modus vivendi will be worked out."

Many analysts believe that the sides could find a compromise in which the TPLF would agree to hold a second election as soon as the pandemic is under control and the federal government would work with the election winners in the meantime. 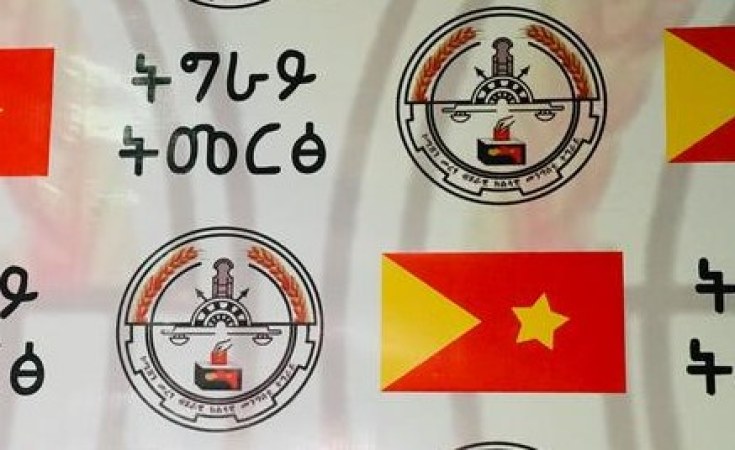 Miilion Haileselassie/Deutsche Welle
The logo of the Office of Electoral Commission of the National Regional State of Tigray.

There is a real danger stemming from this situation. "It may well be that other regions, like the Somali Region, the Oromia Region, the Amhara Region, will be inclined to say, 'Well, if the Tigray holds elections, I can do the same,'" Abbink said.

"This doesn't apply to most of Abiy's allies in the government," he said, "but as far as what we might call ethnonationalism goes, there are a few in the Oromia and Amhara regions who really want to increase autonomy and they may put pressure on the government."

This is particularly true for the TPLF. "It is obvious that Tigray has a real problem and it's struggling to reinvent itself in terms of its role within the Ethiopian federation," Abbink said. Despite representing an ethnic minority, The TPLF dominated Ethiopia's ruling coalition for nearly three decades before anti-government protests led to Abiy's appointment as prime minister in 2018. Having lost its national prominence, the TPLF turned inward.

"They have been disengaging themselves from the federal level," Abbink said. "If you talk about Tigray members of the government being sacked, the problem was that they never came to meetings. They didn't do their jobs. They had no willingness of being a part of the federal government."

In the past six months, Zerai said, the government of the Tigray region has instituted what he considers ade facto state. "The institutional establishments that we have seen, the laws that are being enacted in Tigray and the actions which are being taken in mobilizing the people show that it is separating from the federal government," he said. He pointed out, however, that -- contrary to other regions of Ethiopia -- Tigray has experienced peace.

Miilion Haileselassie contributed to this article.

Previous Story
Tigray Stays Firm Against 'Unconstitutional' Calls to Stop Election, Goes Ahead With Vote
Next Story
Ethiopia Can Learn From Its Neighbours About National Dialogue

Tigray Stays Firm Against 'Unconstitutional' Calls to Stop Election, Goes Ahead With Vote

Ethiopia Can Learn From Its Neighbours About National Dialogue

U.S. 'Misguided' Aid Cut for Ethiopia Undermines Influence
Tagged:
Copyright © 2020 Deutsche Welle. All rights reserved. Distributed by AllAfrica Global Media (allAfrica.com). To contact the copyright holder directly for corrections — or for permission to republish or make other authorized use of this material, click here.