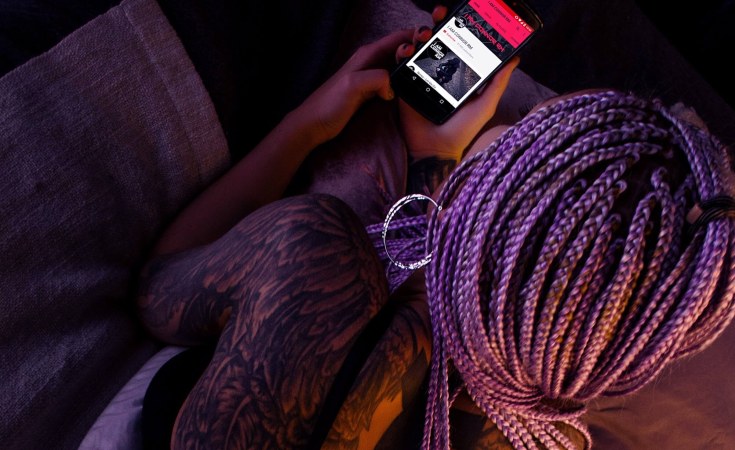 Science journalism, unlike science communication, exists to serve the reader. Getting it wrong can only undermine the public's trust in science.

There are few topics that people know not to mention in my presence. Telling me that science communication and science journalism are the same thing is one of them.

In South Africa, science communication has effectively cannibalised science journalism - removing a vital protection against organisations and people using bad or false science to serve their own interests. Now we have data to prove it.

According to a recent study, if you're reading a news article about a local scientific breakthrough in a South African media publication, there's a good chance it is actually a repackaged - or quoted verbatim - university press release.

This practice, known as "churnalism", threatens to erode people's trust in science and allows for the politicisation of scientific findings, the researchers warn.

Churnalism or 'copy and paste' journalism

Researchers at Stellenbosch University compared 40 print and online science stories, published over a five-month period, with the university press releases from which they originated. They looked to see how similar the article content was to the press release and whether "copy and paste" articles referenced the institution as the author of the content. They also investigated if the stories were hyped up or exaggerated.

"We found that most press releases are re-published verbatim with minimal journalistic input and no crediting of the original source," the authors write in their paper, published in the South African Journal for Communication Theory and Research.

Half of the media articles were more than 50% similar to the original press release, while more than two-thirds did not credit the source of their information. And only one out of the 40 articles had a critical approach to the story. The researchers said "hype", where writers overstate or exaggerate the research findings, was present in a third of media articles.

Forty articles is a small sample. The authors also noted that they looked only at articles in print media publications with the highest circulation numbers, not at all available articles. Their research also only included press releases from South Africa's four research-intensive universities, not other institutions or companies.

Journalism has had a difficult few decades. The advent of quick-turnaround online journalism and flight of advertisers to the likes of Facebook has broken the traditional journalism revenue model.

As newsrooms downsize, specialist reporters have often been among the first casualties. When I was retrenched from my position as science editor at a national weekly newspaper in 2015, I was told that science coverage was a "nice to have". Journalists who have kept their jobs have to produce a greater number of articles to keep up with the insatiable appetite for new stories.

According to the 2018 State of the Newsroom report, published by Wits Journalism, the South African journalist workforce has halved from about 10,000 a decade ago. A thousand journalists lost their jobs in 2012/13 alone.

From journalism to press releases

Many of these former journalists have found employment in university press offices. They create content that they know will appeal to resource-strapped media outlets, according to the Stellenbosch University paper.

One of the major problems with churnalism is that "the critical, investigative function of journalism is lost", the authors say. "When journalists write only affirmative and celebratory stories about science, they become cheerleaders for science, rather than fulfilling the critical role of watchdogs who guard public interest."

This results in biased coverage, as university press releases are not neutral and look to cast the institution and its researchers in a positive light. Also, the "uncritical re-hashing of press releases could create opportunities for the politicisation of science, in other words the slanting or framing of science news to support a specific institutional or political agenda", they write.

People are increasingly distrustful of science, unsure of who to believe on issues ranging from climate change to wearing masks in the midst of the Covid-19 pandemic. Science communication and hype are particularly culpable in this.

Gone are the days when major publications had science reporters on staff. But that does not mean the public has to lose out on good quality science journalism.

General reporters should be encouraged to write about science, with focused assistance from media organisations such as the South African Science Journalists Association or the South African National Editors Forum. Africa Check has published a guide for journalists to help them report on scientific stories.

The other option is to turn to freelancers. No mainstream publication in South Africa could afford to have a physics specialist on staff, waiting in the wings for the moment there is breaking news such as the discovery of the Higgs boson ("God particle") or evidence of gravitational waves.

There are, however, freelancers who specialise in those areas and offer their skills to publications. This is common in mature media landscapes around the world, but it hinges on publications being prepared to pay freelancers what they are worth - something that is not currently the case in South Africa.

Poor rates are leading to another pervasive problem: the credibility issue. In order to hustle a living, freelancers have begun to write journalistic articles and press releases on the same topic. Sometimes they even write about the institutions from which they accept money.

The first step in the battle of this credibility issue is to entrench the idea that science communication is not the same as journalism.

Science communication is a public relations exercise: it casts an institution in a positive light. The organisation has employed people to make them look good in a reader's eyes.

Science journalism exists to serve the reader. It should equip them with information to understand the world of science and enable them to make up their own mind.

Sarah Wild is a science journalist and author. She studied physics, electronics, and English literature at Rhodes University in an effort to make herself unemployable. It didn't work so she read for an MSc in bioethics and health law (Wits University), with a special focus on race science and the philosophy of science. Her work has appeared in Nature, Quartz, and Scientific American.

Next Story
Tagged:
Copyright © 2020 Africa Check. All rights reserved. Distributed by AllAfrica Global Media (allAfrica.com). To contact the copyright holder directly for corrections — or for permission to republish or make other authorized use of this material, click here.