Mozambique: Torture By Security Forces in Gruesome Videos Must Be Investigated 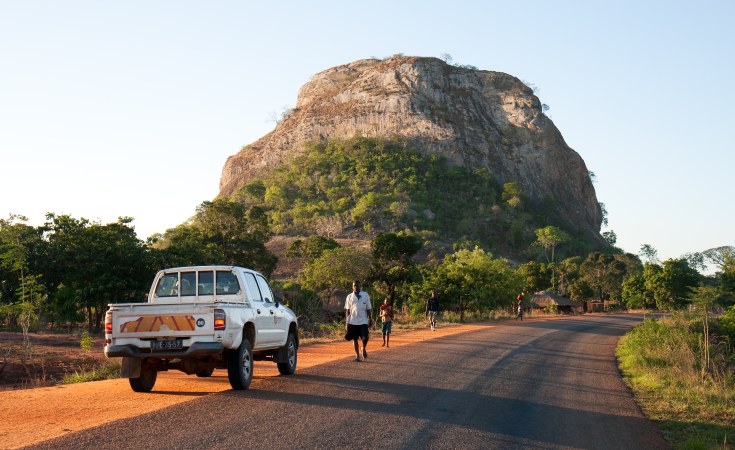 The Mozambique government must launch an independent and impartial investigation into torture and other grave violations committed by security forces in Cabo Delgado, Amnesty International said today, after verifying gruesome footage from the region showing crimes against detainees.

The videos and pictures show the attempted beheading, torture and other ill-treatment of prisoners; the dismemberment of alleged opposition fighters; possible extrajudicial executions; and the transport and discarding of a large number of corpses into apparent mass graves.

In recent weeks there has been an increase in violence in northern Mozambique, where fighters from a group known locally as Al-Shabaab have been attacking members of the security forces and villagers.

"The horrific videos and photos we analyzed are evidence of the serious human rights violations and shocking violence that has been taking place in Cabo Delgado, away from the international spotlight," said Deprose Muchena, Amnesty International's Regional Director for East and Southern Africa.

"This behaviour flouts fundamental principles of humanity. The abuses attributed to the group known as Al-Shabaab can never justify further violations by the security forces of Mozambique.

"The government of Mozambique must now order a swift, transparent and impartial investigation to bring all those responsible for such crimes to justice in fair trials."

The soldiers committing the atrocities in the videos analyzed by Amnesty International are wearing the uniforms of the Mozambique Armed Defense Forces (FADM) and the Mozambique Rapid Intervention Police (PIR).

In several videos, the soldiers refer to their captives as Al-Shabaab, Arabic for 'the youth', a common local name for the Islamist armed group in Cabo Delgado [rather than the group of the same name in Somalia].

Amnesty International is calling on authorities to immediately order security forces to cease all ill-treatment of detainees and other human rights violations in Cabo Delgado and investigate and prosecute all those responsible for the torture or extrajudicial executions of detainees.

Soldiers in the videos wear two different uniforms. Most wear the green and brown 'lizard' camouflage, black boots, tan web gear, and yellow-and-black shoulder tabs of FADM, while others wear the lighter green uniform of the PIR. The soldiers carry older Kalashnikov rifles and wear flak jacket-style body armour, which matches that normally worn by FADM in the region.

In addition, they speak Portuguese and Shangaan, a language from southern Mozambique. They also reference recent fighting in Mocímboa da Praia, making it highly likely that the videos were filmed in or near Cabo Delgado in the first half of 2020. However, Amnesty International has so far been unable to independently geolocate the precise location of the filming.

Four videos depict the torture of detainees. In three videos, there are three victims - possibly the same three victims, although it is unclear. The three prisoners are tied with their arms behind their back, and then kicked and beaten with sticks or rifles by several soldiers. Meanwhile, other soldiers mock the prisoners and encourage the assault. The prisoners are either completely naked or stripped naked the waist down.

In one video, a soldier says to a victim in Portuguese: "You are not dead yet? You are not dead? Why are you not dead yet? What are you waiting for?". Another soldier then says: "Smack that shit." In response, the next soldier strikes the victim's genitals with a thick stick. Another is heard saying: "Don't worry, there is not a problem, just smack it as hard as you can."

In another video, after the beatings, a soldier leans down and uses a knife to cut off a victim's ear. He then places the ear on the ground in front of the victim's face, as surrounding soldiers cheer.

Another video shows one victim being similarly tortured, as the soldiers say: "Let's light him up! Let's pour gasoline on him and light him up, pour some gasoline on him, he must burn!". The burning, if it occurred, is not captured in the video.

A fifth video and a related photograph reveals how some victims' bodies are mistreated after death. The photo shows approximately 15 bodies in the back of a pick-up truck - all bound, blindfolded and half-naked - with many bearing new bruises and open wounds.

The video shows bodies in a mass grave, and soldiers going from body to body, sawing with a long knife to slit the throats of live victims or attempt to behead the corpses. In one case, the victim may have still been alive during the decapitation, as one man is heard crying for his life while a soldier yells back in Portuguese: "Ah, shut up!".

"The unspeakable cruelty and inhumanity displayed in these videos has no place in any society of order, rule of law and human rights. The Mozambique government has an obligation to immediately launch an independent and impartial investigation to bring those responsible to justice," said Deprose Muchena.

Since October 2019, a group known locally as Al-Shabaab, allegedly affiliated with the armed group calling itself Islamic State of Central Africa Province, has attacked government forces and civilians in Cabo Delgado, the northern province of Mozambique.

The armed group has committed multiple human rights abuses during the conflict, including the beheading of civilians. However, in a pattern also seen in Nigeria and Cameroon, government security forces have responded with similar tactics.

Cabo Delgado has suffered neglect and under-investment for decades, a problem made worse by natural disasters and the spread of COVID-19 across the region. The area is rich in liquid natural gas, rubies, graphite and timber, and international companies are competing for access to the region, including France's Total.

Mozambique is a party to the International Covenant on Civil and Political Rights and to the African Charter on Human and Peoples' Rights which prohibit torture and other ill-treatment and arbitrary deprivation of life. As a party to the UN Convention Against Torture (CAT), Mozambique is required to take necessary legislative, judicial and other measures to prevent acts of torture, including conducting prompt, impartial and independent investigations of reports of torture, and prosecuting and punishing perpetrators. Mozambique also has ratified the Optional Protocol to CAT which obligates it to set up a system of unannounced and unrestricted visits to all places of detention by independent national and international monitoring bodies.

Previous Story
Tagged:
Copyright © 2020 Amnesty International. All rights reserved. Distributed by AllAfrica Global Media (allAfrica.com). To contact the copyright holder directly for corrections — or for permission to republish or make other authorized use of this material, click here.