Kenya: Lives at Risk as Public Hospitals Ran Out of ARVs 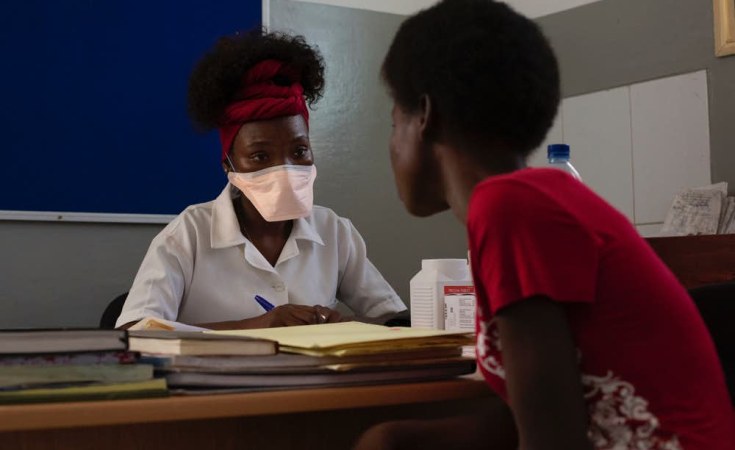 Pablo Garrigos/MSF
The health worker wears a mask because many HIV patients are co-infected with tuberculosis, which can be spread by coughing (file photo).
The Nation (Nairobi)
By Angela Oketch

Close to two million Kenyans who rely on antiretroviral drugs from public hospitals to suppress HIV have been without the life-saving drugs for four months, the Nation has established.

The shortage has put lives of patients at risk, more so pregnant mothers who depend on the drugs to prevent infecting their babies, and also to reduce the risk of acquiring opportunistic infections.

Many patients have been forced to buy the medicine from private hospitals at high prices, and those who can't afford are going without the drugs.

The shortage has been blamed on government red tape in clearing imported consignments and delays by suppliers to meet their delivery timelines.

According to an internal report on the status of ARVs in the country as of August 17, three of the most crucial drugs -- Zidovudine/La mivudine (AZT/3TC) FDC (60/30mg) tablets, Ritonavir 100mg oral powder and Cotrimoxazole 960mg tablets (septrin) -- had run out of stock.

The report by the Division of National AIDS & STI Control Program (NASCOP) indicated that 130,000 packs of Zidovudine had arrived in the country, but the consignment is yet to be cleared. The balance of 69,926 will be shipped later.

Additionally, 6,588 packs of Ritonavir have already been contracted, with the delivery of 4,000 expected by end of September 2020. Zidovudine prevents transmission of HIV virus from a pregnant woman to the unborn baby. The drug also stops mother-to-child transmission once the baby is born.

Ritonavir is for the treatment of HIV infection in adults and children older than one month.

Other drugs available in low stock include Nevirapine 100ml. Only 6,700 bottles of the drugs are available. The report also indicates that the Kenya Medical Supplies Authority Kemsa had only 284 oral solution 10mg/ml of Zidovudine as of August 17. The Ministry of Health had ordered for 4,707,810 packs of Cotrimoxazole (Septrin), but the consignment is yet to be delivered.

All facilities have been without Cotrimoxazole (Septrin) for seven months.

Septrin is a drug used in anti-retroviral therapy. Unlike antiretroviral drugs (ARVs) that disrupt the reproduction of the HIV virus, Septrin is a combination antibiotic that fights opportunistic infections.

The report attributed the stock-out of Septrin to the reduction of funding from the United States President's Emergency Plan for AIDS Relief (PEPFAR, which was supporting the procurement of the drug. PEPFAR is the largest funder of Kenya's HIV response.

Thereafter, the Ministry of Health initiated the procurement of 4.7 million packs of the drug under the Universal Health Care programme in February. . But the Nation learnt that no delivery has been made to date.

Somalia Rejects AU Envoy Because of Ties with Kenya
Soccer