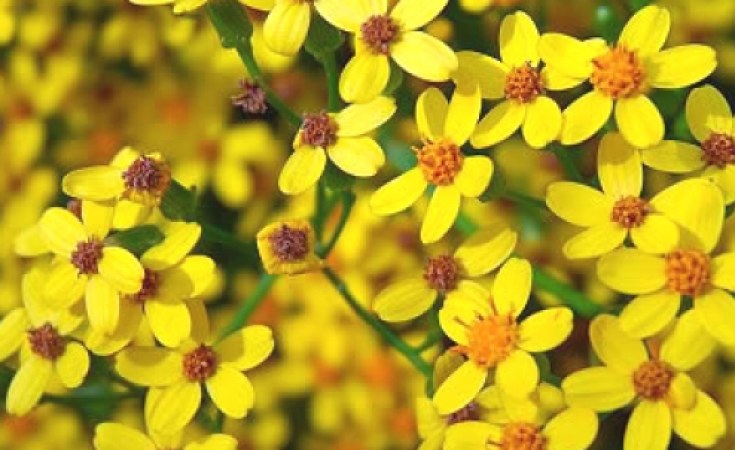 As the rainy season is going to an end and the Ethiopian landscape is covered with the mass blooming of the bright yellow flower called Adey Abeba and all the bees and birds are starting to fly, Ethiopia, one of the oldest states in the world and a country with its own unique calendar, will enter its New Year.

The New Year, which falls almost in the middle of September, (in the 11th or 12th of September during a leap year), or in the first day of Meskerem in the Ethiopian calendar, will be celebrated warmly across the country. This year's New Year festival also marked next Friday, Meskerem 1st 2013 (September 11th) warmly throughout the country.

The reason why Ethiopia marks New Year 7 years behind Gregorian calender is that the country follows its own calendar. Based on the ancient Coptic calendar, the Ethiopian Calendar is seven to eight years behind the Gregorian calendar, owing to alternate calculations in determining the date of the annunciation of the birth of Jesus Christ. The calendar has 13 months in a year, 12 of which have 30 days. The last month, called Pagumen, has five days, and six days in a leap year.

As the legend goes, the Ethiopian New Year holiday known as Enkutatash, or Enku-letatash translated as the 'gift of jewels' dates back to the story of the Queen of Sheba. When the Queen Sheba returned from her visit to King Solomon in Jerusalem in 980 BC, she was welcomed back in her country by her chiefs with a large quantity of treasury gold, precious stones and jewels, also known as "Enku" in local language. Owing to this, the name Enkutatash came to be.

Enkutatash, for Ethiopians is not only to mean 'the gift of jewels' and New Year festival. But, it also honors the seasonal transition from the heavy rainy season to the bright and sunny seasons. Hence, when Meskerem comes, it is the time of blissful happiness and relief. The safe transition from the rainy season to the breathtaking bright Meskerem is symbolic of the passage from an awe inspiring night into a beautiful morning. Thus, the festival instill a glimmer of hope in the heart and minds of Ethiopians and it symbolizes new hope, fresh start and prosperity for the New Year as the three months heavy rain ended, the sun comes out to shine and the Meskel daisies burst out.

On the eve of the festival, children, normally girls, adorned with cultural attires, perform a harbinger Enkutatash songs called 'Abebayehosh' in groups moving from house to house.

On the eve of the New Year, as the night falls, the neighborhoods lit bonfires (Chibo) outside their houses to signify the coming of the new season of sunshine after the end of the rainy season for almost three months. They also sing and dance cheerfully gathering around the flames. They sing cultural seasonal songs that heralded the replacement of the heavy rain and dark night by the bright season. Eyoha abebaye Meskerem tebaye/ Meskerem siteba adey sifeneda/ Enkuan sew wedajun yenafekal bada, which means the bright season of September with the fields decorated with blooming flowers encourage people to visit not only kinsmen but also non kinsmen friends... "

These words announce the coming of the bright Ethiopian month with its colorful flowers. The song also encourages everybody to pay a visit to his or her relatives, because the now-receding rivers make it easier for people to travel from place to place.

According to articles by different scholars, the Ethiopian New Year is also known as Enkutatash. Etymologists relate Enkutatash to the visit of the Queen of Sheba to King Solomon of Israel. According to this interpretation, the Queen offered gold and other sumptuous gifts to the King upon her visit to Jerusalem. In return, the king rewarded her with plenty of enku (jewels). When she returned to her country, the people were believed to have celebrated her homecoming- especially the children who were carrying bunches of flowers and singing the phrase "Enkuletatash" meaning King Solomon gave you the gems to help you to cover the costs of your trip.

Over time, the Amharic letter 'ለ' (the prefix le-) was dropped and the name was corrupted into "Enkutatash". The Enkutatash tradition wherein children give gifts of flowers is a proactive stemming from the Queen Sheba's homecoming when the children gave her with bouquets.

While going in the villages, singing the traditional Enkutatash song, children, particularly in the country side, carry gifts of bunches of flower. According to the above interpretation, this tradition is thought to be proactive stemming from the Queen Sheba's homecoming from Israel after her visit to King Solomon of Israel. It represents the gifts children presented her. In the towns, due to lack of flowers, children go with the pictures of flowers, angels, saints and Ethiopian heroes. In return, children are given or at least promised new clothes or a domestic animal (in the country side) and given coins and slices of homemade bread (in the towns).

Enkutatash is also observed by the Ethiopian Orthodox Church with additional versions and highly ceremonial activities to honor Kidus Yohannes (St. John the Baptist) for his beheading. The festival is marked with special emphasis at the Entoto Raguel Church at the top of Entoto Mountain, north of Addis Ababa. As the Ethiopian Orthodox Church teaching God authorized the Angel on this day to observe every activity undertaken by God.