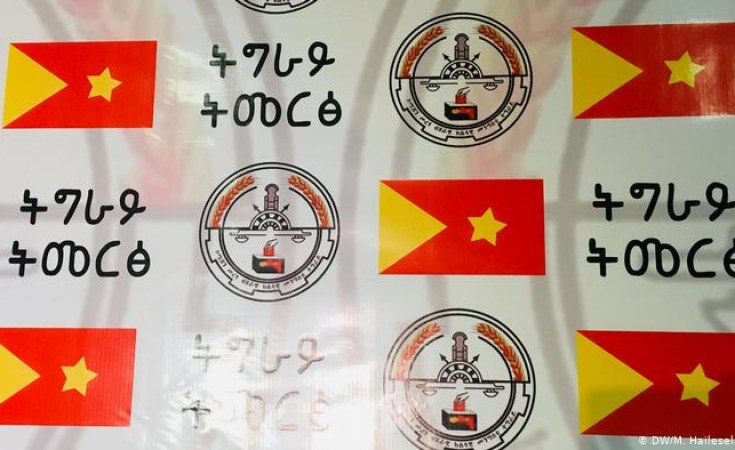 Some 2.7 million people who were registered to vote in today's election in Tigray regional state are headed to any of the 2,672 polling stations readied by the Electoral Commission of the National Regional State of Tigray to elect their representatives for the regional parliament.

The election is happening despite a decision on September 05 by Ethiopia's upper house, the House of Federation (HoF), which ruled the election as "unconstitutional" and in violation of Article 9(1) of the Constitution of the Federal Democratic Republic of Ethiopia (FDRE).

In the eve of the election in an interview aired by the national broadcaster EBC, Prime Minister Abiy Ahmed downplayed the election as "village gatherings and conferences" which should not cause "a big headache" for the federal government, and ruled out any possibility of a federal military intervention in Tigray region.

But for Tigray, every message from the federal government, and the decision by the HoF relies on constitutionally tedious bases. In an interview with Addis Standard, Amanuel Asefa, Head of Tigray Regional State Justice Bureau, said that the regional state had expected "obstacles of such kind" in their attempts to ensure "the constitutional right of the people to elect their leaders. "The federal government abandoned the election that was supposed to be held for different reasons. But the people's right to be administered by leaders of their choice and the unconditional right to self-determination granted by the constitution cannot be stopped even by state of emergency proclamation," he said.

According to Amanuel, one of the cascades of the federal government's unconstitutional overreach to rule Tigray election as "unconstitutional" was the HoF's citation of Article 55(15) of the constitution. In its ruling, the HoF said Tigray National Regional Government's election proclamation 352/2012 contravenes Article 55 (15).

Art. 55 of the constitution establishes the "Powers and Functions of the House of Peoples' Representatives" (HoPR) and Art. 55 (15) dictates the HoPR "shall establish the institution of the Ombudsman, and select and appoint its members. It shall determine by law the powers and functions of the institution." It is not clear why the decision by the HoF cited Art. 55(15) as one of the reasons to rule Tigray's election as "unconstitutional."

Addis Standard's repeated attempts to get comments from to The HoF representatives, including the Vice Speaker and the Secretary of the Permanent Committee for the Constitutional affairs, were to no avail as both declined to comment and referred the questions to other members of the HoF.

"We know the election was surrounded by obstacles and we were not surprised by [any of these events]," he said over the phone from Tigray's capital city Mekelle.

But Tigray's opposition against calls to stop its election doesn't stop at the last week's decision by the HoF; rather, it goes back to the original recommendation by the Council of Constitutional Inquiry's (CCI) submitted to the Constitutional Interpretation and Identity Sub-Committee of the HoF on May 29 this year. The CCI recommended an extension of term limits of both the House of People's Representatives (HoPR), the HoF, as well as regional Councils after Ethiopia called off the general elections scheduled to take place on August 29 due to the outbreak of COVID-19. To the dismay of Tigray regional state, at its 5th year, second regular session held on June 10, the HoF approved the CCI's recommendation with an overwhelming 114 yeses, 4 nays and one abstention.

Amanuel argues that the decision by the CCI were made on "a baseless ground". "The CCI had never formally submitted its recommendations to the Constitutional Interpretation and Identity Sub-Committee. Had it had formally submitted it, it [the CCI] would have been called by the Sub-Committee to explain how it had reached at its decision. The Sub-Committee has representatives from Tigray Regional State and they have never been informed about this process," he said, providing part of the reason for why Tigray rejected the process from the get go.

In the absence of such transparent process to postpone election, the two fundamental principles of the constitution should be upheld, he added. Article 8 grants sovereignty of the people: "Art. 8(1) All sovereign power resides in the Nations, Nationalities and Peoples of Ethiopia; Art. 8 (2) This Constitution is an expression of their sovereignty; and Art. 8(3) Their sovereignty shall be expressed through their representatives elected in accordance with this Constitution and through their direct democratic participation."

In an earlier interview with Tigray TV Amanuel also disputed the HoF dismissal of the Tigray's Election Commission as "illegal", and a move that "suppressed" the people's rights. "Nothing will be changed. The Tigray People's right is not something that is granted or taken away by the will of the HoF."

Regardless of the legal back and forth between Tigray region and the federal government, Tigray people will continue casting their votes to elect their representatives in a voting process which will stay open until 6:00 PM local time today. AS

Tigray Region Set to Vote in Defiance of National Govt