Air Namibia's board of directors is considering a proposal to reduce the salaries of employees by 50%.

This in an attempt to keep the national airline afloat.

The company has been operating with a skeleton staff complement of about 450 people since a travel ban was imposed as a measure to contain Covid-19.

In an extract from the board resolution taken on 22 August seen by The Namibian, the board agreed to the reduction of salaries of employees "not performing duties at this point in time in line with applicable legal provisions until the company restarts its total operations".

The airline's interim chief executive officer, Theo Mberirua, yesterday said the resolution has not been implemented, and consultation on the matter is ongoing.

"This is an internal matter for now. The company will not do anything that is illegal or that is not within the premises of the law," said Mberirua.

Air Namibia has not been profitable for many years and has been surviving on government bailouts.

Its continuous financial woes led to president Hage Geingob suggesting three months ago that the airline should be liquidated.

"Some don't want that, but it must be restructured, and if liquidation is the thing, we must do that. It is not making any profit, just being bailed out," Geingob said during his state of the nation address.

Mberirua agreed with the head of state's proposal, saying if the airline had money it would not continue relying on government relief.

"Would you suggest those people should continue to be paid forever?" Mberirua asked.

Worldwide big airlines have been laying off thousands of employees, while Air Namibia's staff members have been saved thus far.

"Up to now, everybody has been paid. Unfortunately, that cannot continue forever," Mberirua said.

The union's president, Reginald Kock, says the airline is going this route to push employees into resignation.

"That way they will avoid paying out retrenchment packages," he says.

"We are in consultation with the treasury committee, which is spearheaded by the minister of finance. We are in discussions with them with regards to the future of the airline. We have come to an understanding that yes, there must be restructuring at the airline.

"But we haven't agreed with the government on how this restructuring will impact the employment status of certain employees. There is an indication that the airline has to move into retrenchment.

"They know it, and for them to run away from paying out packages and to ascertain the full payment of the interim CEO, they are forcing employees out. We are taking a 50% salary cut to pay this CEO," Kock says.

An employee of the airline who spoke to The Namibian on condition of anonymity said she is receiving psychological counselling as a result of the current salary structure.

In May the airline implemented measures including eliminating overtime claims for June, July and August.

During the same period, employees also had to give up three annual leave days.

The absence of overtime payment has left employees in the lower-income categories with little to survive on.

"I felt it was better to die so that my children can at least get my pension money. I worked for the airline for over 15 years and I used to take home about N$11 700 with overtime. Now I'm back to what I earned 12 years ago, but with more expenses," the employee said. 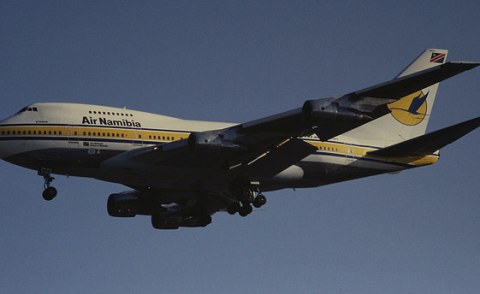 Unions Petition Govt To Reverse Air Namibia Shutdown
Tagged:
Copyright © 2020 The Namibian. All rights reserved. Distributed by AllAfrica Global Media (allAfrica.com). To contact the copyright holder directly for corrections — or for permission to republish or make other authorized use of this material, click here.