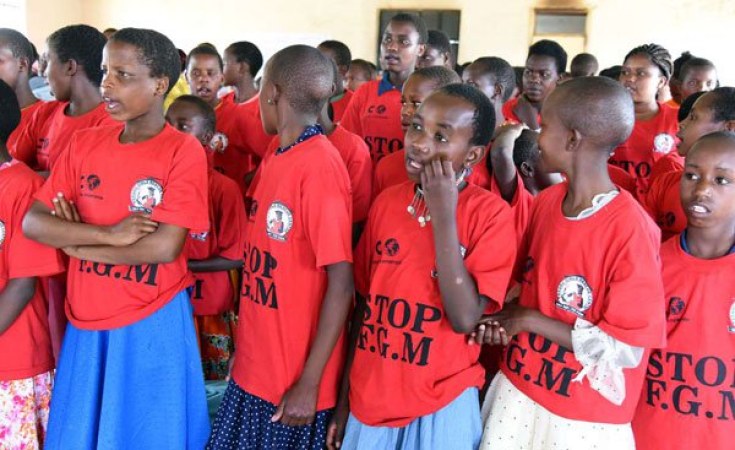 The government has come up with more stringent measures in the fight against Female genital Mutilation (FGM).

Key on the agenda is revision of the eradication of FGM Policy to align it with current realities, developments and the Constitution.

The Ministry of Public Service and Gender has also developed focused interventions to address FGM in key sectors such as health, education, security, access to justice and public information while emphasising participation as human rights approach to empowering girls and women.

Cabinet Secretary Prof Margaret Kobia said her ministry has also developed nine programmes of action which aim at helping the government eradicate the vice by 2022.

Prof Kobia said the programmes include promoting education and community dialogues, enforcement of FGM laws, engaging boys and men, girls and women and entrenching FGM content in schools among others.

"County anti-FGM steering committees chaired by County commissioners have been established and will be responsible for providing county-specific strategic policy direction, mobilising resources for FGM prevention and response besides being part of an integral part of the Inter-Governmental County Gender Sector Working Group," she said.

The CS, who spoke in Baringo County last week during a meeting with cultural, religious and the region's administration leaders at the Kenya School of Government in Kabarnet, added that the government is committed to end FGM in the next two years.

She noted that progress has already been made to end this harmful practice in the region which has among the highest FGM prevalence in the country.

Prof Kobia revealed that the government has created a coordination framework for the implementation of anti-FGM initiatives to involve those subjected to and those at risk of FGM, law enforcers, religious leaders, traditional justice systems in communities still practicing the outlawed rite and other stakeholders involved in anti-FGM advocacy at the national and county levels.

During the launch of the National Policy on Abandonment of Female Genital Mutilation in November 2019, cultural and religious leaders and elders from 22 FGM hotspot counties pledged to partner with the government towards eradicating the outlawed practice.

They made a strong commitment to ensure the vice is a thing of the past, and that girls are provided with safe spaces and environment to thrive and develop without the fear of undergoing the cut.

Josephat Murangiri, the Secretary-General of Njuri Ncheke in Meru who read the elders' declaration said they are committed to see the vice completely eradicated in the next three years.

"We appreciate the government's efforts to end FGM through creating and implementing progressive policies, legislative frameworks and programmes towards its eradication," said Mr Murangiri.

As part of their anti-FGM efforts, the elders committed to work with both the national and county governments and other stakeholders in creating awareness within their communities on the need to promote education and the wellbeing of the girl child.

President Uhuru Kenyatta while launching the national policy, described the rite as an archaic cultural practice that assaults the wellbeing of individuals and society, and pitched for its complete eradication.

"FGM is a retrogressive practice whose continued existence in our country in actual fact assaults our individual and our national consciousness. The practice is inimical to our shared fundamental values as enshrined in our very own constitution that we as Kenyans passed," the President said.

He called on Kenyans to shun destructive practices like FGM and embrace progressive cultural activities that bestow honour and dignity on women and girls.

To ensure a multi-sectoral approach to win war against the outlawed practice, the government has established collaboration and partnership with the county governments, Parliament, the justice system, non-State actors including civil society, community-based organisations, the private sector, development partners, opinion leaders and communities,

The Anti-FGM Board has also been strengthened to provide leadership in the implementation, monitoring, evaluation and reporting on the policy and ensure that the dignity of girls and women is upheld and safeguarded.

According to United Nations Children's Fund (Unicef), about four million girls and women have undergone FGM. Overall, 21 per cent of girls and women aged 15 to 49 years have been subjected to the outlawed practice.

Most FGM the Unicef says, is performed by traditional practitioners, except in the Kisii community, where health personnel are responsible for two in three cases.

Girls and women from rural areas, those living in poor households and with less education, or those from the Muslim community, are more likely to have undergone FGM

Most FGM occurs during adolescence, with substantial variations in age at cutting across ethnic groups: The majority of cases occur before age 10 among the Somali, while in other groups, the practice is mainly performed at age 10 or later 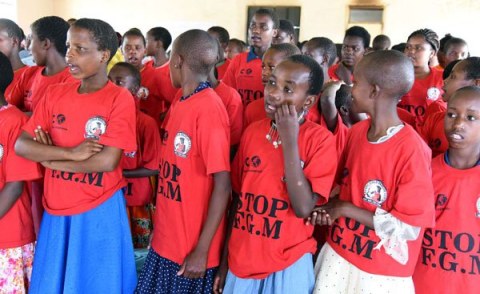 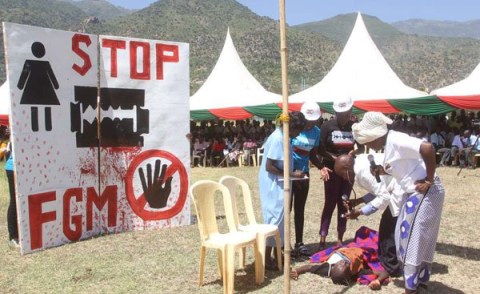 Kenyan Teachers Reject Plan to Test Girls for Genital Cutting
Tagged:
Copyright © 2020 The Nation. All rights reserved. Distributed by AllAfrica Global Media (allAfrica.com). To contact the copyright holder directly for corrections — or for permission to republish or make other authorized use of this material, click here.