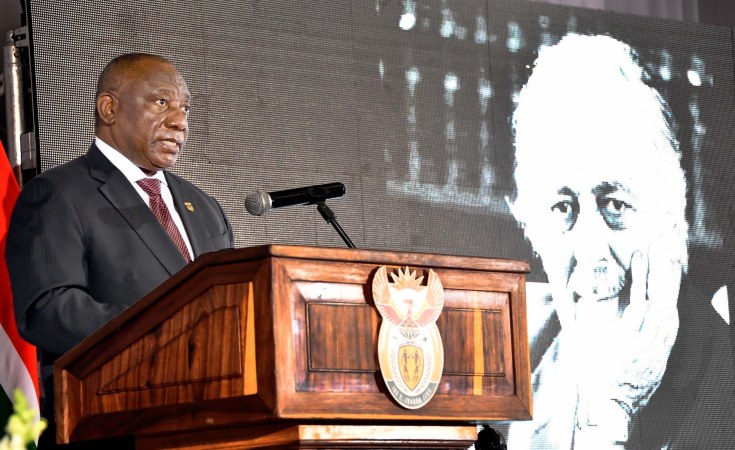 Mr. Bizos, who represented Walter Sisulu and Nelson Mandela during the infamous Rivonia Trial of 1963, will be remembered as one of the greatest proponents of human rights, social justice, and equality. He dedicated his entire career as a lawyer, deploying his legal know-how and talent in the pursuit of the battle against the inhumane atrocities of the apartheid regime.

With his tactical skills and a remarkable grasp of the law, he defended many anti-apartheid activists with integrity, passion, and resoluteness against a regime hellbent on persecution, killings, and destruction of black lives. As a young lawyer and activist, his skills were recognised by the leader of the defence team, Bram Fischer, who included him to the legal team during the Rivonia Trial.

"Mr. Bizos belonged to the outstanding, courageous, and special generation of leadership that strived and dedicated their entire life to the restoration of the dignity of all people. He was, without doubt, one of the greatest giants of our liberation struggle who not only ushered in a new dispensation but also played an instrumental role in setting up crucial systems to anchor our democracy. He was one of the key legal minds relied upon by the founding president of our democratic government and his long-time friend, Tata Nelson Mandela. We are deeply indebted to his dedication, courage, and love for humanity," said the Presiding Officers.

Mr. Bizos, who refused to take up a seat in the new post-apartheid government, was part of the team that wrote South Arica's new democratic constitution in 1994, particularly the Bill of Rights. He dedicated his time to the complete overhaul of the country's justice system - bringing reform to the courts and making post-apartheid South Africa a better place to live in.

His unwavering dedication to justice also saw him appear before the Truth and Reconciliation Commission representing families of heroes killed during the liberation struggle. In his foreword to Mr. Bizos's autobiography, Odyssey to Freedom, former President Nelson Mandela recalls: "He represented our government at the Constitutional Court to argue for the abolition of the death penalty and then represented us, too, when the country's new Constitution was certified."

Parliament sends heartfelt condolences to the Bizos family, friends and all those whose lives he had touched. 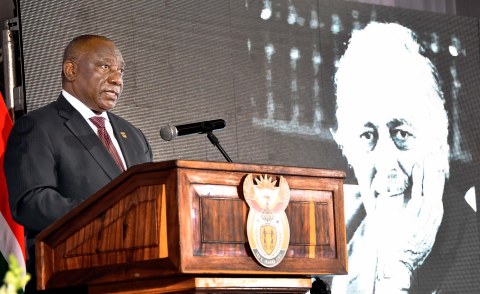 South African Human Rights Champion George Bizos Laid to Rest
Tagged:
Copyright © 2020 Parliament of South Africa. All rights reserved. Distributed by AllAfrica Global Media (allAfrica.com). To contact the copyright holder directly for corrections — or for permission to republish or make other authorized use of this material, click here.