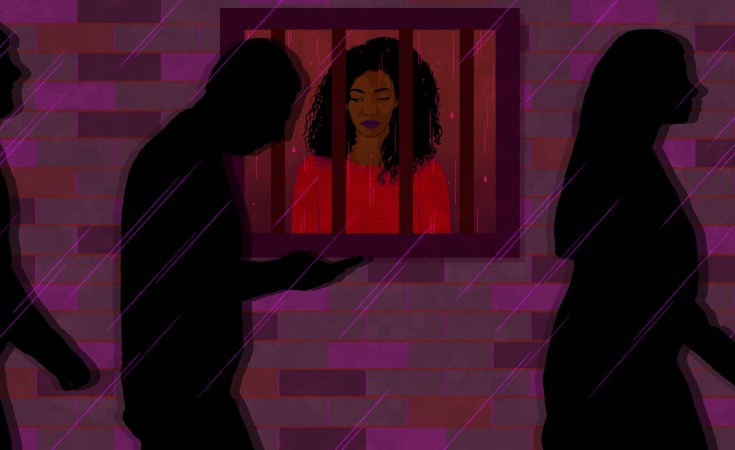 Osogbo — No fewer than 25 women of Osun state origin have been rescued from Lebanon where they claimed that they were enslaved for over a year.

Recounting their ordeals on arrival at the state ministry of women affairs in Osogbo on Wednesday, the returnees said that they had been traded like yam and used like machines by their Lebanese masters.

The ladies said they were lured to Lebanon under the pretext that they would get decent jobs and earn good salary.

One of the returnees, Miss Ibukun Ayobami told Daily Trust that their agents traded them like food stuff and that those that bought them used like like machines for domestic house work.

Ibukun said her agent sold her to a family and that she was working 21 hours everyday and only have three hours for herself.

She said when she demanded for her salary after few months, the master became angry and returned her to the agent and demanded refund from the agent.

She said the agent was furious and beat her mercilessly and also locked her in a room for two weeks without food.

"When the agent open the door after two weeks and asked if I'm ready to work, i had no option. That was how i was sold to another master and i was working there until i escaped to the Nigerian embassy in Lebanon. I'm grateful to Osun State Governor for bringing me back home."

Another returnee, Mariam Adedolapo also gave the same account, saying that her slave master in Lebanon always threaten to kill her.

"The man the agent sold me to in Lebanon always remind me that he bought me and that he can do anything he likes with me because he paid for my life. He always tell me that he can kill me if he likes", Maryam said.

The returnees were received on behalf of the State Government of Osun by the Commissioner for Women, Children and Social Affairs, Mrs Olubukola Olaboopo, and the Senior Special Assistant to the Governor on Diaspora Matters, Titi Fadahunsi-Ajayi.

Olaboopo said the state government has put necessary measures in place for their reintegration into their communities and the State entirely.

In her words: "You are safe in your State now. The government will do all that it can to ensure that you have a good life going forward.

"There is no harm in trying. The fact that you went abroad to hustle does not mean that you should be stigmatized. We as a state are very proud of you for taking a bold step and trying something new.

"You have had the experience first hand, and you are going to be the state's ambassador on issues of trafficking. The State Government expects you to put in diligence in serving your motherland. You have seen the other side of life, and of course, you can see that there is no greener pasture anywhere, but home.

"We have organised an empowerment Programme for you, and your resource persons are on ground to take you through the training", Olaboopo stated.

Nigeria Imposes Rare Jail Sentence on Family of Human Traffickers
Tagged:
Copyright © 2020 Daily Trust. All rights reserved. Distributed by AllAfrica Global Media (allAfrica.com). To contact the copyright holder directly for corrections — or for permission to republish or make other authorized use of this material, click here.