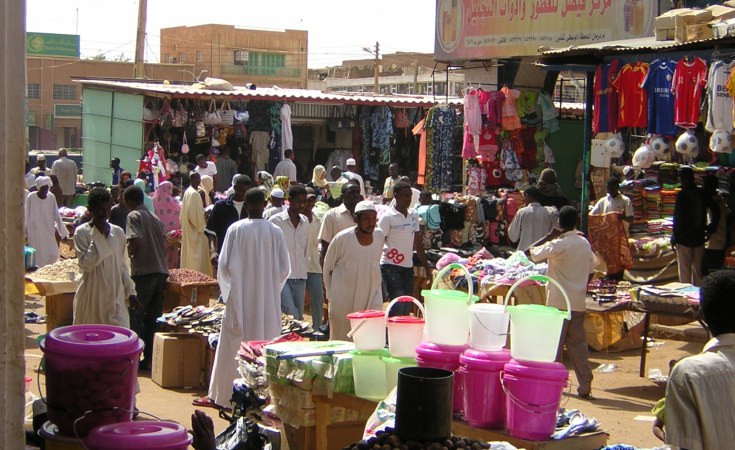 Khartoum — As commodity prices in Sudan increase daily, economic analysts attribute the recent plunge by the Sudanese Pound against the US Dollar to SDG240* to the lack of foreign exchange resources, capital migration, as well as smuggling, speculation, and the increase in import needs.

In an interview with Radio Dabanga, economic analyst Hafiz Ismail attributed the rising inflation to Sudan's importing basic needs, in addition to the budget deficit and the dramatic increase in salaries** from 'unreal sources'.

He called for setting radical solutions within the framework of fiscal and monetary policies to reduce expenditure and increase revenues, as well as direct support to agriculture, and limiting monopoly and speculation operations.

Ismail called on the government to intervene through economic tools and avoid security solutions. He says the demand for imported goods must be reduced and domestic production supported.

The Ministry of Finance should have jurisdiction over the economy and public sector companies affiliated with the security sector and the military, which he said operate in the field of speculation and do not pay taxes and customs.

Ismail asserts that the government must increase production, in particular of manufacturing industries, in addition to addressing macroeconomic dynamics, tax policies, and production relations.

The economic analyst also called for a review of government expenditure and the internal budget. He said that the issue of lifting subsidies is a global trend, and that support should be limited to vulnerable groups.

"Unbridled support opens the door wide for brokerage, smuggling, and the parallel market," he said and called for the disbursement of available resources on the social security network.

Ismail described the alternatives proposed by the Economic Committee for Freedom and Change as theoretical.

He called for encouraging domestic and foreign investment, abolishing monopoly policies and combating corruption, in addition to real reforms in economic institutions, and a review of the policies of the Central Bank of Sudan and commercial banks.

The Chamber of Commerce has called for the establishment of an emergency room to follow up and consider how to find urgent joint solutions and remedies to support the national currency and stabilise the exchange rate.

Dr Alawiya Hussein, Secretary-General of the Federation of Chambers of Commerce, affirmed the chamber's willingness to participate in finding the necessary urgent solutions to stabilize the exchange rate.

She reiterated the support of businessmen in the commercial sector to the transitional government in its efforts to resolve all issues of national concern and find urgent solutions to curb the great rise in the value of foreign currencies against the national currency.

Listener El Jamri El Tahir told Radio Dabanga from El Gedaref that the price of a 100kg sack of onions has risen from SDG4,000 to SDG7,000 in two days, due to the opening of the export of onions to Ethiopia in local currency. He called for an immediate halt to onion exports.

An official report estimated the unemployment rate in Sudan at about 35.1% until 2018. According to the report, 85% of the unemployed are youths.

Najat Suleiman, programme assistant at the Institute for Life and Peace, said in a press conference this week concerning social challenges facing young people in the transitional period, that the current high inflation rate leads to a decline in the value of the national currency against foreign currencies, weak production and marketing, and the control of the parallel market on the prices of goods and services, and then the direct and profound effect on the social situation of young people, such as unemployment, the increase in poverty, and their lack of access to quality education and health services.

She said that the fragile economic situation constitutes a major challenge for the public, including youth, to have a decent and stable life, and weakens their capabilities to contribute effectively to the success of the transitional period and beyond.

* USD 1 = SDG 55.1375 at the time of publishing this article. As effective foreign exchange rates can vary widely in Sudan, Radio Dabanga bases all SDG currency conversions on the daily middle US Dollar rate quoted by the Central Bank of Sudan (CBoS).

**In April, the Sudanese Ministry of Finance raised the minimum wage from SDG 425 to SDG 3,000, the largest increase in the history of the Civil Service in the country.

Decisions and Measures to Be Taken for Protecting Economy 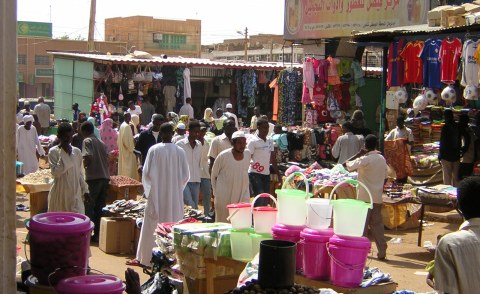 Sudan Declares Economic Emergency as Currency Plunges
Tagged:
Copyright © 2020 Radio Dabanga. All rights reserved. Distributed by AllAfrica Global Media (allAfrica.com). To contact the copyright holder directly for corrections — or for permission to republish or make other authorized use of this material, click here.