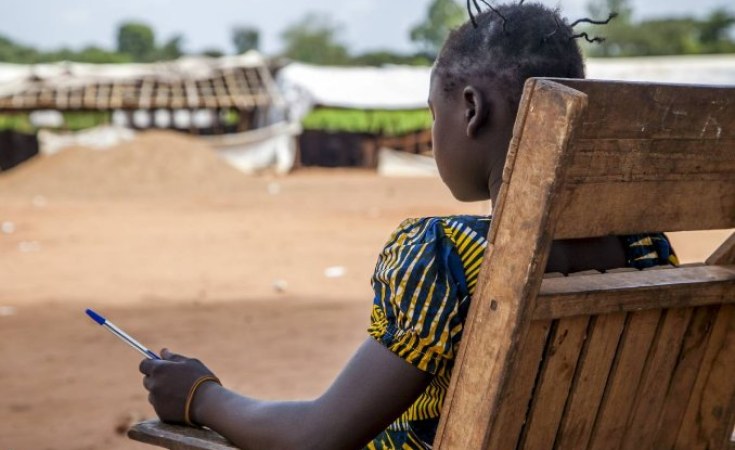 Rape has been widely used as a weapon of war in the country of 4.6 million, which is still largely controlled by armed groups despite the signing of peace deals in 2019 to end a long civil war, according to the United Nations.

Aline Gisèle Pana, minister for women, the family and child protection, said the government's priority was to deploy magistrates outside the capital, Bangui, to re-establish state authority in rural areas ravaged by the seven-year conflict.

"Our first priority is that victims must first obtain justice and to that end there must be a criminal chain," she said, referring to the need to have courts functioning at a local level.

"Until now, medical and psychosocial support is provided in several areas. The big problem now is the legal support," the minister added.

The country is also struggling to contain fallout from the coronavirus outbreak, which has killed 62 people and infected more than 4,700, Pana said.

"Unfortunately, we do not have the necessary means to deal with these two problems," she told the Thomson Reuters Foundation in Bangui.

Sexual violence has increased since lockdown curbs began, keeping women and girls stuck at home with their abusers and limiting access to health and support services, according to a study led by the United Nations Development Programme (UNDP).

Reports of injuries to women and children rose by almost 70% since April and reported rapes increased by 27%, according to a report by crime analysts in partnership with the U.N. peacekeeping mission (MINUSCA).

Few victims have access to help or justice in the country, especially in the vast hinterland where insecurity and the continued threat of armed groups have hindered justice, according to Amnesty International.

Beatrice Epaye, a deputy and president of Fondation Voix du Coeur, a charity that helps survivors of sexual violence, said most victims are too frightened to seek justice and victim services are insufficient.

Government authorities have sought to tackle violence by establishing a special criminal court in an effort to help deliver justice and a joint rapid response unit to combat sexual violence, which has been operational in the capital since 2017.

Campaigners have also hailed the adoption of a new child protection code in 2020 as a breakthrough to addressing violence against children, but warned that enforcement would be difficult.

"There are (legal) texts that criminalise gender-based violence, the big challenge is to... ensure (they) are enforced and that perpetrators are brought to justice," said Zihalirwa Nalwage, UNICEF's chief of child protection in the country.

(Reporting by Pacome Pabandji; Additional reporting by Emeline Wuilbercq; Editing by Helen Popper. The Thomson Reuters Foundation is the charitable arm of Thomson Reuters, and covers the lives of people around the world who struggle to live freely or fairly. Visit http://news.trust.org)