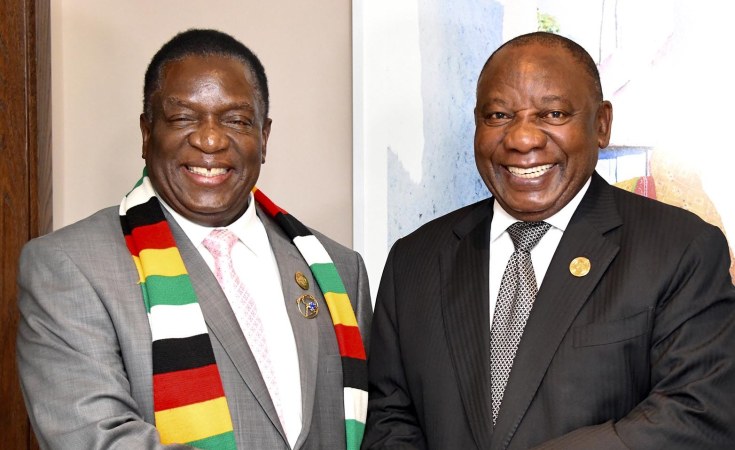 A high-level delegation from South Africa has been dispatched to Zimbabwe to try to find a solution to the country's escalating economic and political crisis.

Its priority should be calling on the government to urgently address the country's deteriorating human rights situation.

While the Zimbabwe government insists there is no crisis, under Emmerson Mnangagwa's presidency, the abduction and torture of critics of the government have escalated, largely without the arrest of those responsible.

In the past year, unidentified assailants, suspected to be state security agents, have abducted and tortured more than 70 government critics.

The police crackdown on anti-corruption protests in July, in which 16 protesters were injured and a further 60 were arrested, including the award-winning novelist Tsitsi Dangarembga and the opposition MDC Alliance spokesperson Fadzayi Mahere, is only the most recent example.

Rather than addressing the many genuine complaints about his government, President Mnangagwa has publicly denounced his critics, describing them as "a few rogue Zimbabweans" - despite the sizeable protests that have gripped the country.

South Africa has appropriately dispatched a team to Zimbabwe and should now press the Zimbabwe leadership to uphold its human rights obligations and end the escalating repression. The ANC delegation should not only talk to Zanu PF but meet with victims of abuses as well as representatives from churches, labour unions, human rights groups, and opposition parties.

The delegation should also urge the Zimbabwe authorities to investigate all serious human rights violations over the last two years and carry out the recommendations of investigations so far.

The authorities should appropriately prosecute those responsible for abuses, including members of security forces, in accordance with national law and international standards.

And the government should reform the security forces, end their involvement in party politics, and ensure that they act professionally and according to law.

South Africa's message to Zimbabwe's government should be clear: this crisis cannot be resolved by repressing the people of Zimbabwe.