East Africa: Communities 'Left Out' As Oil Pipeline Project Set to Get Underway in East Africa 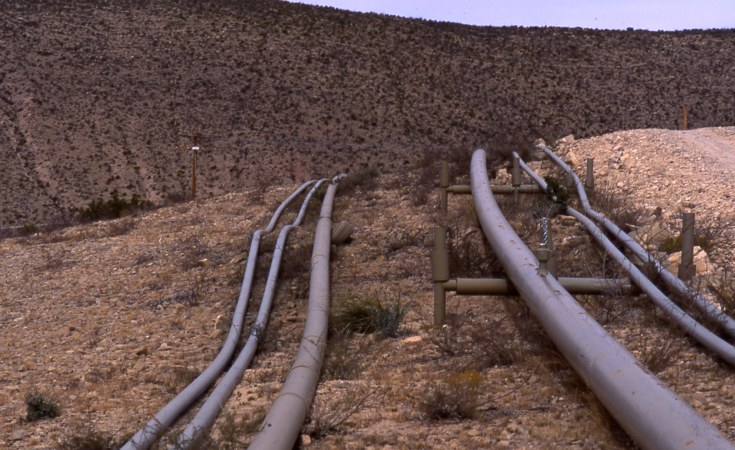 Nairobi - A multibillion-dollar oil pipeline planned for East Africa could spell disaster for local communities, charities said on Thursday, warning of lost land and livelihoods unless oil firms listen up and change tack.

Human rights groups say the oil firms involved in the $3.5 billion East Africa Crude Oil Pipeline (EACOP) have failed to fully address concerns raised by many of the 12,000 families who are expected to lose land due to the project.

The families - most of whom farm and rear livestock for a living - say they fear unfair resettlement, low compensation and damage to their rich and diverse environment.

"Time and time again ... we heard people talk about their land and their fears that they would not receive fair value for what they may lose," said Joy Akoli Atine of Global Rights Alert, co-author of a study into the project by six charities.

"There was very limited understanding amongst affected communities about the land valuation and compensation process," she told a virtual news conference.

"Total and its partners must take immediate steps to clear up any and all confusion and misunderstanding surrounding the land valuation and compensation process."

Total said it had engaged with the charities on their reports and welcomed some of their findings, while disputing others - including allegations related to unfair compensation and a lack of engagement with locals.

"The project was designed with the overarching concern of minimising and mitigating the impacts on local communities and in particular the need to relocate households," said a company statement.

"Compensation is proposed to meet full replacement value. Other accompanying measures such as provision of replacement housing and access to livelihood programs are planned once the project moves into the implementation phase."

Total said it was making "considerable efforts" to engage residents in the face of project delays, adding that a grievance mechanism existed to ensure complaints were heard.

China National Offshore Oil Corporation did not immediately respond to a request for comment.

Commercial quantities of oil were discovered in the Lake Albert basin in western Uganda in 2006. Since then, the oil companies have been involved in exploration activities with construction of the pipeline expected to begin in May.

It will carry crude oil from Hoima in Uganda to the Chongoleani peninsula near Tanga port in Tanzania - making it the world's longest electrically heated pipeline.

Charities say oil wells will be dug on the shore of Lake Albert, and in a number of natural reserves and protected areas, including the Murchison Falls National Park.

The pipeline will run beside Lake Victoria, Africa's largest lake. It will be buried to minimise environmental impacts, with some facilities set above ground, designed to ensure minimal environmental and social impact, an EACOP statement said. 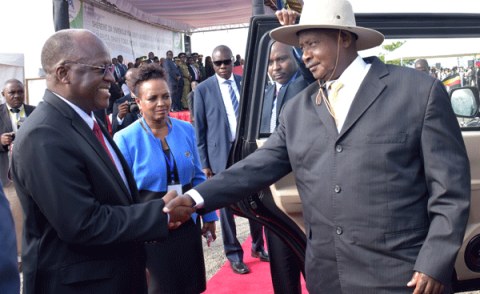 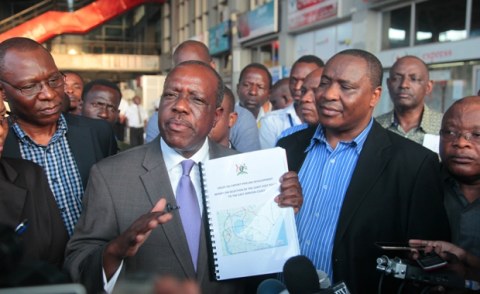 Uganda-Tanzania Oil Pipeline to Be Completed By June 2020 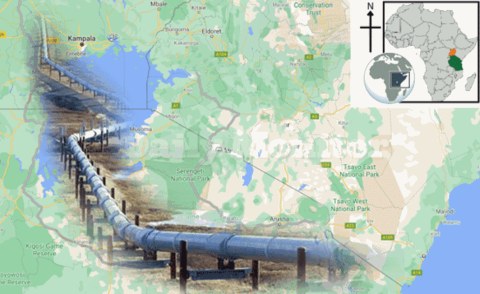 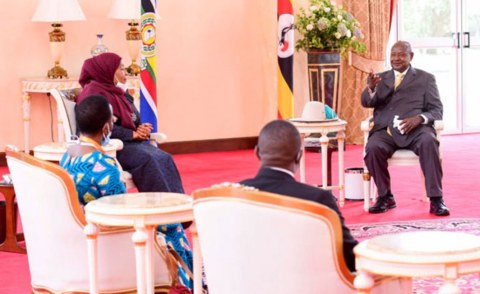 Uganda, Tanzania Seal Oil Pipeline Deal
Tagged:
Copyright © 2020 Thomson Reuters Foundation. All rights reserved. Distributed by AllAfrica Global Media (allAfrica.com). To contact the copyright holder directly for corrections — or for permission to republish or make other authorized use of this material, click here.