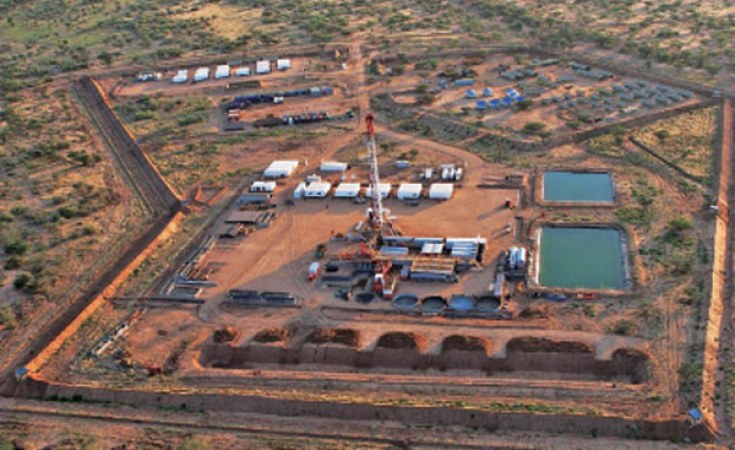 Daily Nation
An aerial view of a Tullow oil rig in Turkana County in Uganda (file photo).
The Nation (Nairobi)
By Edwin Okoth

The government gave into a raft of concessions demanded by Tullow Oil after the freeze on Turkana oil exploration in May, according to the firm's latest financial fillings.

The revelations that Kenyan conceded to the tax demands fronted by the British oil explorer now gives a sneak preview into the three months of behind-the-scene arm-twisting that took place during the force majeure and rolls back on tax measures Treasury put in place to increase revenues in the wake of the Covid-19 driven shortfalls.

In the deal, the government agreed to exempt the supplies brought in by Tullow Oil from value added tax. The National Treasury had removed the VAT exemption on taxable supplies, imported or purchased for direct and exclusive use in geothermal, oil or mining prospecting or exploration in April, prompting protest from Tullow Oil.

Tullow then froze the oil project the following month and lifted it in August after its demands were yielded to by the government, which also gave the explorer another 15 months' extension on its exploration licence.

The explorer said it had received assurance from the government that it was going to enjoy the tax relief before it lifted the freeze in August.

"Following productive discussions with the government, an improvement in the Covid-19 situation and assurances that the tax incentives granted to the phased project will continue to apply, the FM notices were withdrawn in August 2020," the firm disclosed in statements accompanying its half-year results to June .

Kenya Civil Society Platform on Oil and Gas avers Kenya made no gain in the three months force majeure-led negotiations and only extended its longer wait for oil riches, missing a chance to push for faster pace towards the production phase of the oil first discovered in 2012.

KCSPOG coordinator Charles Wanguhu said even the suspension of the planned sale of stake by Tullow may have stemmed from the sweet incentives the government offered the British oil explorer, who now has a better bargain in selling stake whenever the suspension is lifted.

"Overall, the force majeure now appears to have been used as a strong-arm tactic by the joint venture partners to gain better terms. Kenya appears to have stuttered at the first hurdle and given up incentives to the company while garnering very little in return. In illustration, one would have expected at least an expedited final investment decision. In an ideal prepared negotiation, a commitment from JV partner Total to reconsider the Hoima Lokichar route for the pipeline that would make the project more viable would be a good outcome for Kenya," Mr Wanguhu said.

The Ministry of Petroleum portrayed boldness after Tullow lifted the suspension in the Turkana oil fields with principal secretary Andrew Kamau saying the government had rejected Tullow's reasons for the May freeze.

It now turns out the financially struggling firm got away with the tax-free shipping of the supplies it will be using in the oil fields and have an additional 15 months to continue exploration, essentially pushing away prospects from the oil to 2025 or later.

Kenya's only gain from the negotiations was the temporary freeze on the plans by Tullow to sell its entire stake in the Bocks 10BB and 3T in the Turkana oil fields. This is viewed by analysts as hazy since Tullow can still sell stakes if it deems fit.

"The joint venture partners have suspended the firm down process. The key word is suspended and not put off the sale. It would appear that while not speculating on the incentives reinstated that the project dynamics have changed and Tullow and its partners feel that they may not need to offload their entire holdings and may therefore look to sell smaller percentages of their ownership," Mr Wanguhu said.

Treasury Cabinet Secretary Ukur Yattani did not respond to queries on the impact the tax offer Tullow got from the government but the move according to tax analysts is likely to open room for similar applications.