East Africa: The AU's Role Beyond the GERD Negotiations 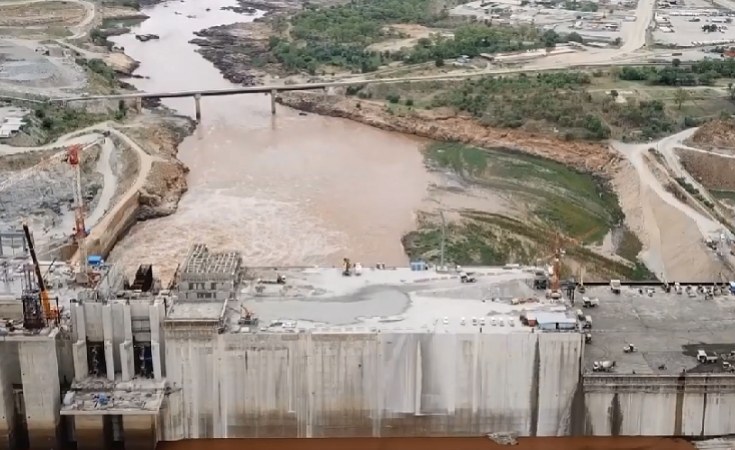 The current AU-led negotiations on the Grand Ethiopian Renaissance Dam have made some important achievements, and is expected to lead to a binding agreement.

The dispute over the Grand Ethiopian Renaissance Dam (GERD) is the latest and most intense diplomatic confrontation over the use of the Nile River.

The construction of the GERD, officially announced in 2011, is not the first such dispute, nor will it be the last. As climate change and rising populations in riparian countries place more demands on the Nile, countries will have to develop the river to respond to these needs. This means there is a high probability that more disputes will be sparked between upstream and downstream states.

The current AU-brokered negotiations on the GERD have seen important achievements, and are expected to lead to a binding agreement on the filling and operation of the dam. However, if the AU is to successfully prevent future conflicts over the use of the Nile, it will have to help riparian countries reach a comprehensive basin-wide agreement on its management and equitable use.

The AU will also have to overcome legal and capacity issues. While its Peace and Security Council (PSC) in March 2019 expanded the domain of the blue economy to include inland water bodies such as rivers, dams and lakes, it is yet to formulate a strategy on how to help member states resolve disputes over the use of trans-boundary watercourses.

This shortcoming may be resolved by expanding the AU's border governance strategy to include the management and use of trans-boundary water bodies, as well as relevant conflict resolution mechanisms.

The AU's involvement in the GERD dispute was precipitated by South African President Cyril Ramaphosa's bold move to engage the AU as the facilitator of the talks in the spirit of finding 'African solutions to Africa's problems'. According to Ambassador Xolisa Makaya, South Africa's Permanent Representative to the AU, having learnt of the May and June 2020 letters on the GERD which were addressed to the United Nations Security Council by Egypt, Sudan and Ethiopia, the Chair of the Union, H.E. President Cyril Ramaphosa decided to intervene and consulted with the Heads of State and Government of the three countries (Egypt, Ethiopia and Sudan).

This initial consultation was followed by the first extraordinary virtual summit of the Bureau of the Assembly, in the presence of Egypt, Ethiopia and Sudan. The summit helped to determine the AU's role in the GERD negotiations and appointed four observers from the Bureau countries to take part in the Tripartite Negotiation Committee, previously established by the three countries.

The Bureau also assigned four African technical experts to help the parties reach a negotiated settlement on outstanding issues. The European Union and United States (US) were invited to the negotiations as observers.

The AU experts presented their report with options for resolving outstanding legal and technical issues to the Bureau and the three negotiating countries during another extraordinary summit held on 21 July.  The Bureau urged the negotiating parties to expedite the finalisation of a 'binding Agreement on the Filling and Operation of the GERD' and welcomed their willingness to reach a comprehensive agreement on the Blue Nile as soon as possible.

The latest round of negotiations resumed on 18 August, when the three countries compiled their positions in one document, expected to be the basis for an agreement.

Achievements of the AU-led process

While the AU-led negotiations are ongoing, its involvement has seen tangible results.

The AU's engagement at the Bureau-level is a break with its tradition of trying to resolve the issue through behind-the-scenes quiet diplomacy. This has helped the three parties to resume and commit to negotiations. They will be careful not to alienate African support in the issue by withdrawing from an AU-led process.

The AU's involvement has further helped to de-escalate tensions that had reached an all-time high when the GERD became highly politicised following the fallout from the US-brokered negotiations in February.

The AU's involvement has also halted a regional axis formation and eased the pressure on regional states to choose sides. Its engagement likewise helped to stem great power politics, particularly between the US and Russia.

According to the chairperson of the AUC, Moussa Faki Mahamat, 'more than 90% of the issues in the Tripartite Negotiations between Egypt, Ethiopia and Sudan have already been resolved'.

The outstanding legal and technical issues include the dispute resolution mechanism, long-term operation of the dam, future development on the Blue Nile and the nature of the agreement to be signed.

Egypt and Sudan would like Ethiopia to guarantee a minimum outflow of water from the GERD's reservoir based on historical average discharge. This involves compensating for any shortfall in water flow caused by drought or future upstream use. Egypt and Sudan also want the three countries to sign a binding agreement that will allow them to seek external arbitration if disputes arise during the operation of the dam.

Ethiopia argues that Egypt and Sudan's terms are more or less a request for the natural flow of the Blue Nile. This is untenable, in Ethiopia's view, as it compromises the ability of the GERD to operate at full capacity, and infringes upon its rights to use the Nile waters and undertake future developments on the Blue Nile.

Ethiopia also insists on resorting to the dispute resolution mechanism agreed upon by the three countries in the Declaration of Principles on the Grand Ethiopian Renaissance Dam (DoP) signed in 2015 by Egypt, Ethiopia and Sudan. The declaration stipulates that 'the three states will settle their conflicts emerging from the interpretation or implementation of this accord by consensus through consultations and negotiations'.

Another major issue that has hobbled the negotiations is the impact that any agreement might have on the future use of the Blue Nile by Ethiopia. While declaring its willingness to reach a win–win outcome in negotiations on the GERD, Ethiopia insists on having a comprehensive water treaty governing the equitable use of the Nile as a mechanism to avoid future tensions in the Basin.

Preventing future disputes over the Nile

The management and development of the Nile River has been a point of contention among riparian countries, especially Ethiopia and Egypt, for more than a century.

Currently, despite the GERD's having been endorsed by both Sudan and Egypt through the Declaration of Principles signed in 2015, it continues to create tensions between the three countries. This shows that while the current AU-led negotiations might result in an agreement on the GERD, such an agreement may not prevent potential disputes among riparian countries as they seek to develop the river.

Ethiopia has already announced plans to build more dams along the Nile. Uganda, another riparian country, is also discussing plans to build a dam between lakes Kyoga and Albert that has the potential to increase Uganda's hydro-electrical power generation capacity by 40%.

This poses a challenge in terms of ensuring equitable use of the Nile by all riparian countries without causing significant harm to downstream countries as per international law principles, and so guaranteeing sustainable peace.

Rapid population growth in the riparian countries and climate change will place growing demands on the Nile.

The AU will thus have to be forward-looking and try to  help riparian countries reach an inclusive basin-wide agreement that will prevent any conflict that might arise from the future use and development of the Nile.

Need for a legal framework

The current AU-led negotiations have, however, highlighted a number of challenges facing the organisation. It lacks a legal framework on the management and use of transboundary watercourses. Without such a framework to guide the mediation process, the current negotiations are based on the positions held by each country.

Furthermore, the AU Bureau's recommendation of a comprehensive agreement is limited to the Blue Nile, while not all Blue Nile riparian countries are represented at the negotiations.

The AU also lacks institutional capacity to resolve disputes over trans-boundary waters. It had to establish an ad-hoc committee of external experts for the current negotiations on the GERD. Sources close to the negotiations indicated that finding African experts had been challenging, as there are not many African hydrologists and international water law experts.

These gaps have to be addressed if the AU is to continue playing an instrumental role in the prevention and resolution of disputes over trans-boundary watercourses.