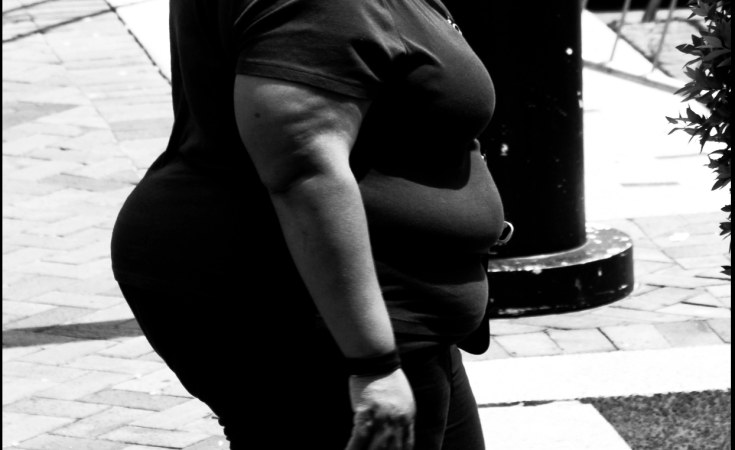 A Nigerian health technology company, WellNewMe, on Monday said that obesity had become an increasing health concern for many people in sub-Saharan Africa.

According to the company, many people in sub-Saharan Africa are adopting a lifestyle more commonly found in the western world which involves eating excessive amounts of cheap high-calorie food and spending much time sitting down.

The Chief Executive Officer (CEO) of WellNewMe, Dr Obi Igbokwe, made the observation in a report on Monday.

He said that the trends fuelled obesity which posed diverse health challenges.

"The worry is that Nigeria, like many Sub-Saharan African countries, is facing a double-edged public health challenge, with a rising number of overweight adults who now outnumber large segments of the population who also face problems associated with undernutrition.

"This dual burden will mean combating both malnutrition and the risks associated with obesity, such as cardiovascular disease," he said.

The CEO said if left unchecked, the growing obesity rate would create health issues too much for health systems of sub-Saharan Africa to cope with.

"Besides causing obvious physical changes, it can lead to a number of serious and potentially life-threatening conditions including Type 2 diabetes, coronary heart disease, some types of cancer, such as breast cancer and bowel cancer, and stroke.

"There is also a clear link between obesity and complications from the coronavirus pandemic, with a few studies showing that being overweight puts people at a greater risk of severe complications and death from COVID-19.

"Obesity can also affect a person's quality of life and lead to psychological problems such as depression and low self-esteem," he said.

According to Igbokwe, the company is developing weight loss intervention tools using a mobile technology first approach that will tell people about controlling weight through setting personalised weight, diet and physical activity goals.

"This is to ensure that each individual has his or her own weight loss programme specifically catered for them as we understand that each person's weight loss journey is different."

He said that in Nigeria, while the prevalence of obesity had increased among both sexes, women appeared to be much more affected.

"This causes an additional strain for the health system in Nigeria, which has one of the highest maternal mortality rates.

"There is evidence that maternal obesity increases the risk of several pregnancy complications, including pre-eclampsia (high blood pressure during pregnancy and after labour), gestational diabetes mellitus and cesarean delivery.

"Additionally, maternal health can have a significant impact on the utero environment and, thus, on fetal development and the health of the child later in life."

He said that data from the Demographic and Health Survey Programme showed that nearly a third of Nigerian women were either overweight or obese in 2018.

"This was up from the figure registered in 2013 when about just under a quarter of them (24.7%) was considered overweight or obese.

" There has been a very noticeable trend in the upward trajectory for the percentage of women considered obese or overweight over the last 15 years preceding the 2018 survey.

"Weight goes with wealth in Nigeria today. The women in the wealthiest household (46 per cent) are five times more likely to be overweight or obese than those in the lowest income bracket (nine per cent).

" In many parts of Nigeria, there is a cultural element to this, richer and more successful women are often expected to be fatter, but part of this is also due to pursuit of a lifestyle of people in the affluent nations of the world like the U.S. and the UK."

He noted that education and social status also increased women's chances of putting on more weight.

According to the CEO, women who have more than secondary school education (49 per cent) are more likely to be overweight than uneducated women (16 per cent).

"Age seems to be another determinant when it comes to weight of women, with women in their forties (42 per cent) five times more likely to be overweight or obese than women in their late teenage years (eight per cent).

"When it comes to the geographical distribution, women resident in the south of the country are more likely to be overweight or obese than those residents in the north.

"Women resident in the South-South Geopolitical Zone are almost three times more likely, than women in the North East (15%), to be overweight or obese.

"These states also happen to be among the largest sub-economies in the country," he said.