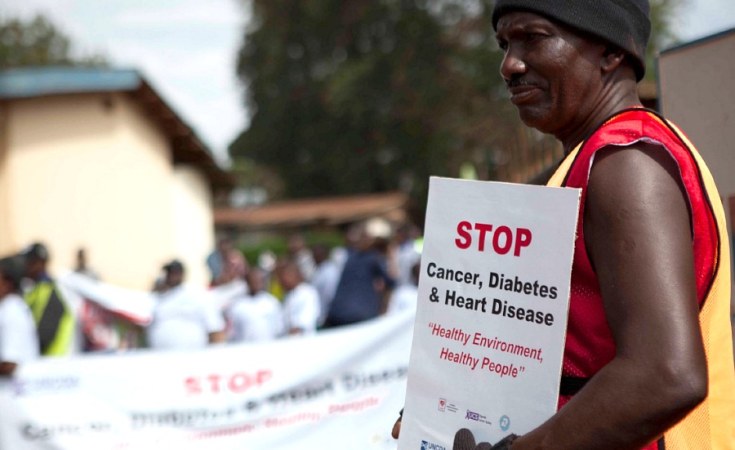 A new Lancet Commission report shows for the first time that non-communicable diseases and injuries (NCDI) cause more death and disability at every age among the world’s poorest billion than in wealthy countries. These conditions account for over a third of the burden of disease among the poorest, including almost 800,000 deaths annually among those aged under 40.

Formed by 23 global health experts, the Lancet NCDI Poverty Commission focuses on reversing the neglect of the world’s most marginalised people living with NCDIs. Many are young and developed NCDIs primarily due to factors beyond their control, such as lack of access to health care. To try to manage their NCDIs, between 19 million and 50 million of the poorest billion spend a catastrophic amount of money each year in direct out-of-pocket costs on health care.

“The pandemic has exposed the myth that extreme poverty was disappearing,” said Commission Co-Chair Gene Bukhman of Harvard Medical School, Partners In Health, and Brigham and Women’s Hospital. “We need a cross-border movement with a common sense of humanity to serve people living with NCDs in poor countries, whose economic and health status makes them doubly vulnerable to COVID-19.”

“No disease should practically be a death sentence in one country but treatable, preventable or curable in another,” said Commission Co-Chair Ana Mocumbi of Universidade Eduardo Mondlane and Instituto Nacional de Saúde in Mozambique. “Universal health coverage is unobtainable unless the global health community broadens the geographies and conditions covered by action on non-communicable diseases.”

The Commission provides the clearest-ever picture of how quality care and other cost-effective, proven solutions can save millions of lives each year if scaled to reach everyone in need. Progressive implementation of affordable, cost-effective, and equitable NCDI interventions between 2020 and 2030 could save the lives of more than 4.6 million of the world’s poorest, including 1.3 million who would otherwise die before the age of 40 years.

“Even before the pandemic started, low-income countries did not have the resources to deliver a truly comprehensive set of public health services”, said Commissioner Chelsea Clinton of the Clinton Foundation. “A meaningful recovery from COVID-19 requires richer nations to invest in equitable and effective interventions to enable the poorest billion to overcome non-communicable diseases.”

The release of the Commission’s report also marks the launch of the NCDI Poverty Network to mobilize greater funding and political commitment for the health of the poorest billion. and was informed by more than 250 academics and policy makers who convened associated national commissions in 16 countries.

“Ensuring the best quality of life for individuals requires making investments that go beyond any one disease to strengthen the foundations of health systems,” said Gina Agiostratidou of The Leona M. and Harry B. Helmsley Charitable Trust, which provided major support for the Commission. “To address the interconnections of health and wealth, we must work together.”

Tagged:
Copyright © 2020 Global Health Strategies. All rights reserved. Distributed by AllAfrica Global Media (allAfrica.com). To contact the copyright holder directly for corrections — or for permission to republish or make other authorized use of this material, click here.